Bless Up: What DJ Khaled’s Snapchat is All About
Odyssey
CurrentlySwoonLifestyleHealth & WellnessStudent LifeContent InspirationEntertainmentPolitics and ActivismSportsAdulting
About usAdvertiseTermsPrivacyDMCAContact us
® 2023 ODYSSEY
Welcome back
Sign in to comment to your favorite stories, participate in your community and interact with your friends
or
LOG IN WITH FACEBOOK
No account? Create one
Start writing a post
Entertainment

Bless Up: What DJ Khaled’s Snapchat is All About 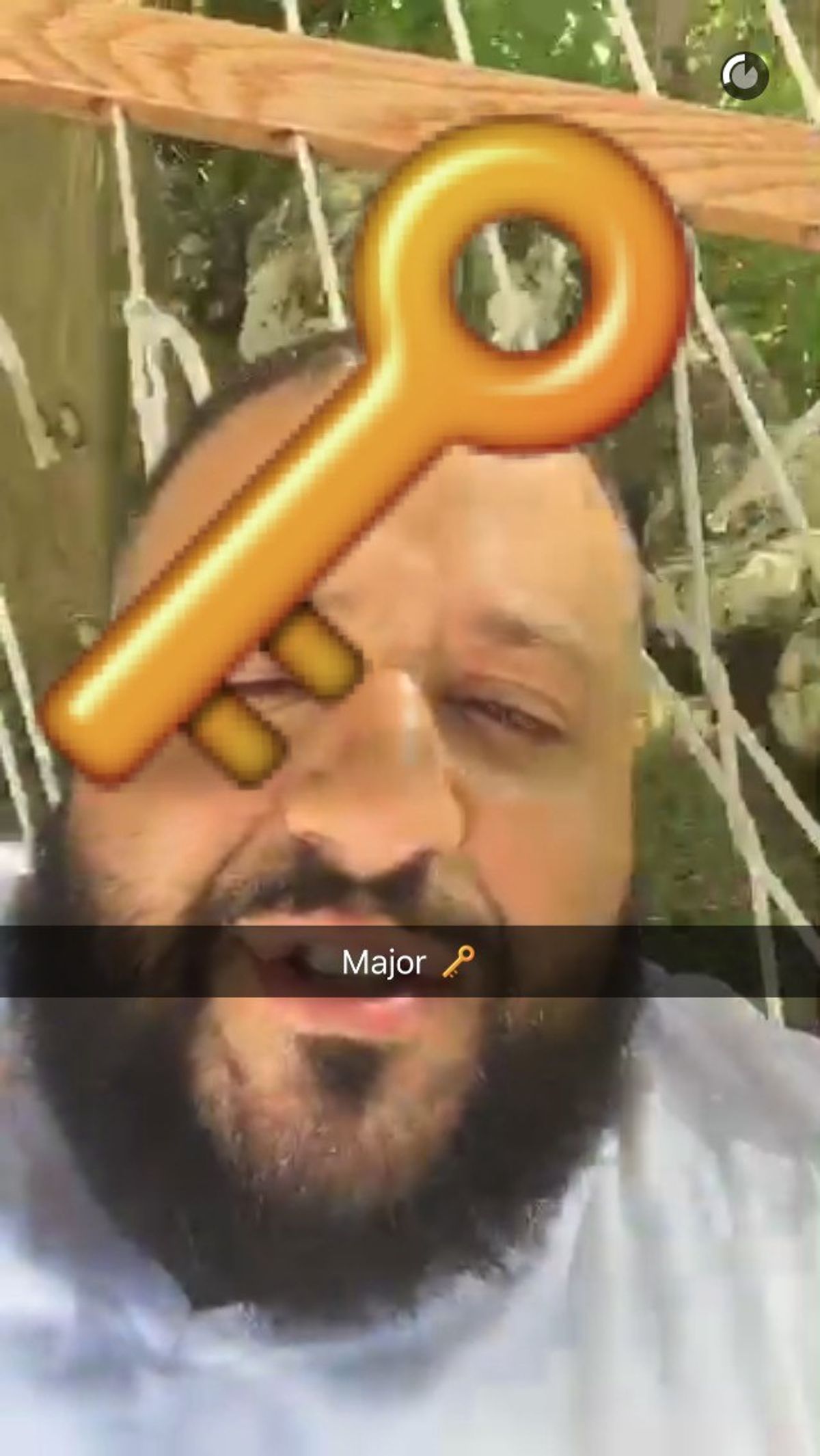 DJ Khaled, DJ and record producer, is now being called one of the most positive influences of 2015. He has become known for his Snapchat, where he displays his bizarre daily life while giving positive and powerful advice. Some call him inspirational, others are confused on how one can take anything he says seriously.

His snapchats include a few key phrases, which you may have heard or seen within the last month after his Snapchat has blown up to a nationwide phenomenon. One of which you may have noticed in the Christmas tag on Snapchat is “another one.” Along with this phrase, Khaled repeatedly refers to his advice and other things in life as being "keys to success" which he usually accompanies the key emoji with. Some other phrases include “real talk,” “vibes,” “they don’t want you to,” along with hammock talks, talking about lions and talking about apple Ciroc.

Unfortunately, DJ Khaled is pretty predictable and I could sum up what his daily snapchats are.

Here’s a summary of his daily Snapchat story:

Although his Snapchat stories are pretty much the same everyday, people, like myself, continue to watch them whether it is actually for inspiration or pure entertainment. It is a pretty smart move on his part, there are no celebrities doing anything like him and most celebrities turn to Instagram, Twitter or Facebook for publicity. DJ Khaled is simply living his life and entertaining people along the way.

A couple of questions I want answered by DJ Khaled.

He is heading to Las Vegas on his tour bus this week so that should provide some further entertainment to his fans, keep watching and bless up.