Blade Runner 2049: A Must See Science Fiction Film
Odyssey
CurrentlySwoonLifestyleHealth & WellnessStudent LifeContent InspirationEntertainmentPolitics and ActivismSportsAdulting
About usAdvertiseTermsPrivacyDMCAContact us
® 2023 ODYSSEY
Welcome back
Sign in to comment to your favorite stories, participate in your community and interact with your friends
or
LOG IN WITH FACEBOOK
No account? Create one
Start writing a post
Entertainment 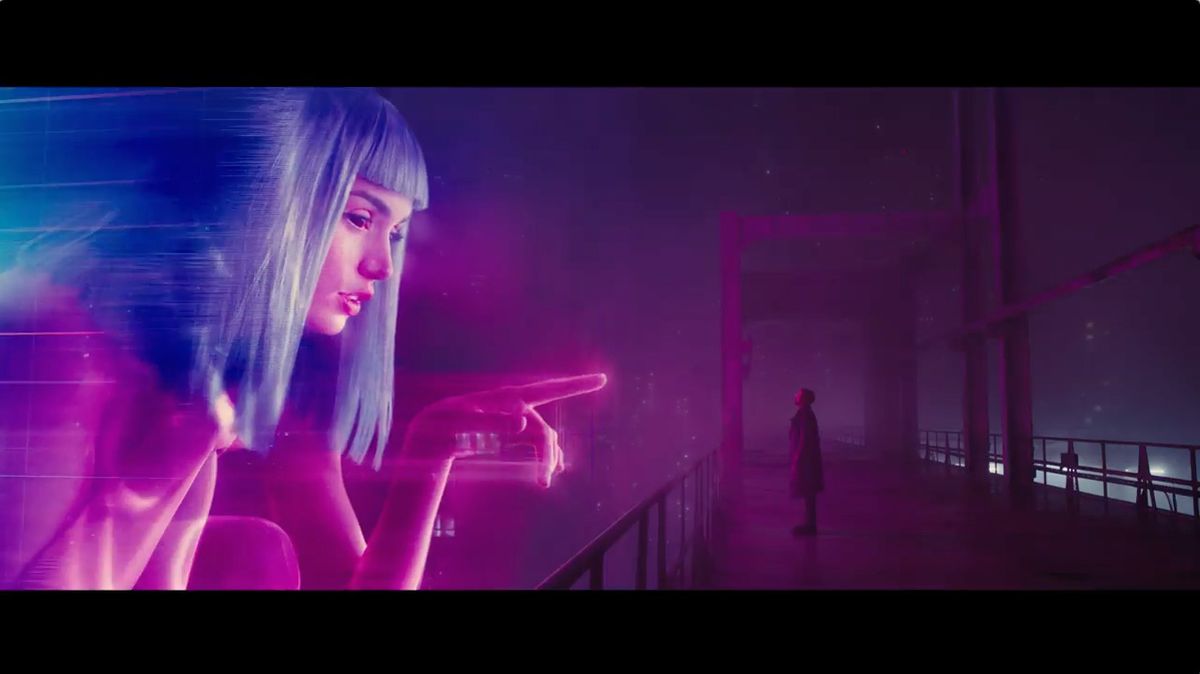 After a long 35 year slumber, the science fiction film that defined science fiction is back on the big screen, taking place 30 years into the future. Blade Runner 2049 is the revival of a science fiction classic that I'm glad has its name in the cinematic spotlight once again. Just like the original film, this one seems to share its same criticism and reception as it did 35 years ago.The world of Blade Runner has been the inspiration for other science fiction material to come out since then and has had a huge impact on anime creators over the years.

The origin of Blade Runner goes back to the original film being adapted from Phillip K. Dick “Do Androids Dream of Electric Sheep,” and taking the title from a failed 70’s film that never got off the ground. The world of Blade Runner revolves around a futuristic society where humans and androids live in the same society, where androids do more hard labor tasks and have a limited lifespan. These tasks include anything from manual labor to prostitution. These androids are specifically called “Replicants.”

In the original film, four replicants on an off-world colony go rouge and land near Los Angeles, where ex- replicant hunter or “Blade Runner” Rick Deckard (played by Harrison Ford) must find them and “retire” them through use of force. In Blade Runner 2049, Ryan Gosling plays K, the next generation of Blade Runners, who is also a replicant himself. K job is to find out the mysteries behind the remains of a body while on duty and uncovers a deeply hidden past about himself in the process. Both films deal with the idea of humanity, loss, love and the ultimate purpose of living with replicants.

The original film was panned by critics as being too complex of a film to follow at the time and had a hard time making its budget back in the box office. With the opening weekend of Blade Runner just a week ago, it’s only made up a little over half of its original budget, even though critics on Rotten Tomatoes has given the new film high praise. Blade Runner 2049 is a film with a whole lot going for it, even though many people may appreciate the film for what its message is trying to convey.

I was able to break out my Bluray Collectors Edition of Blade Runner the night before I saw 2049 in theaters, and I’ll say that having that refresher on the original film really helps you be more engrossed in the story and characters in 2049. I was able to quickly pick up on what the story for 2049 was going to be about, and since Harrison Ford returned to reprise his role as Deckard, I knew it was going to strongly tie into the original film on where it left off between Deckard and Rachel leaving Los Angeles and spending their lives together away from the cyberpunk futuristic world of 2019. 2049 had many things stick out to me when I saw this film, but only a handful of visual and plot points stuck with me more.

One of the most visually and technically stunning pieces in the film that stuck out to me is the scene where K holographic waifu Joi and a pleasure model named Mariette try to sync movements in order for K to experience true physical love. Joi wanted to please her lover K by having Mariette be the person she can impose herself on to make sex work for K. All three are not truly human but work together to make a natural human desire for sex be as real as possible. I liked the concept behind the scene on a technical and personal level. This desires ties into K true existence to be revealed in the film, and ask the question if a holographic AI and a replicant can experience true love like other human beings do. When filmgoers see that scene in that viewpoint, I think it makes the scene more impactful on a thoughtful and emotional level.

The environment of 2049 is totally credited to the creative mind of Syd Mead, who originally worked on the original Blade Runner film. 2049 adds more to an already congested, dystopian cityscape world where technology isn’t just constant background noise but is already culturally integrated into society environment on a day to day level. 2049 is porn to architect and concept designers on just how beautiful and constricted a futuristic world might look. Even with holographic advertising of naked pleasure models around the city is just looked on as nothing more than how we glance past Playboy magazines on the racks of bookstores and kiosks in our day to day commutes. For a society of in-your-face advertising amped to 11, it’s still treated as how we see advertising today. Eventually, our society will get to that point, and to the point where we will have to strengthen our filter to just count that as “noise.” There's a couple of examples are just the tip of what visually and psychologically appeals to me about Blade Runner as a whole.

Blade Runner 2049 is just like its predecessor, it has more going for it if you want to invest in understanding more. There are certain scenes that I still want to go back and think about, especially the meeting with K and Edward James Olmos character Gaff from the original film and what the origami piece meant at the end of the scene. It’s the little things in both Blade Runner films that really makes both of these films really unique in their own way, and not as just a popcorn-film to have on for a date or with friends. Investing in looking past what is being shown to the viewer makes each film very engaging to the viewer. I will highly suggest everyone see Blade Runner 2049 but watch the original film first so that your experience will be enjoyed more when seeing 2049.