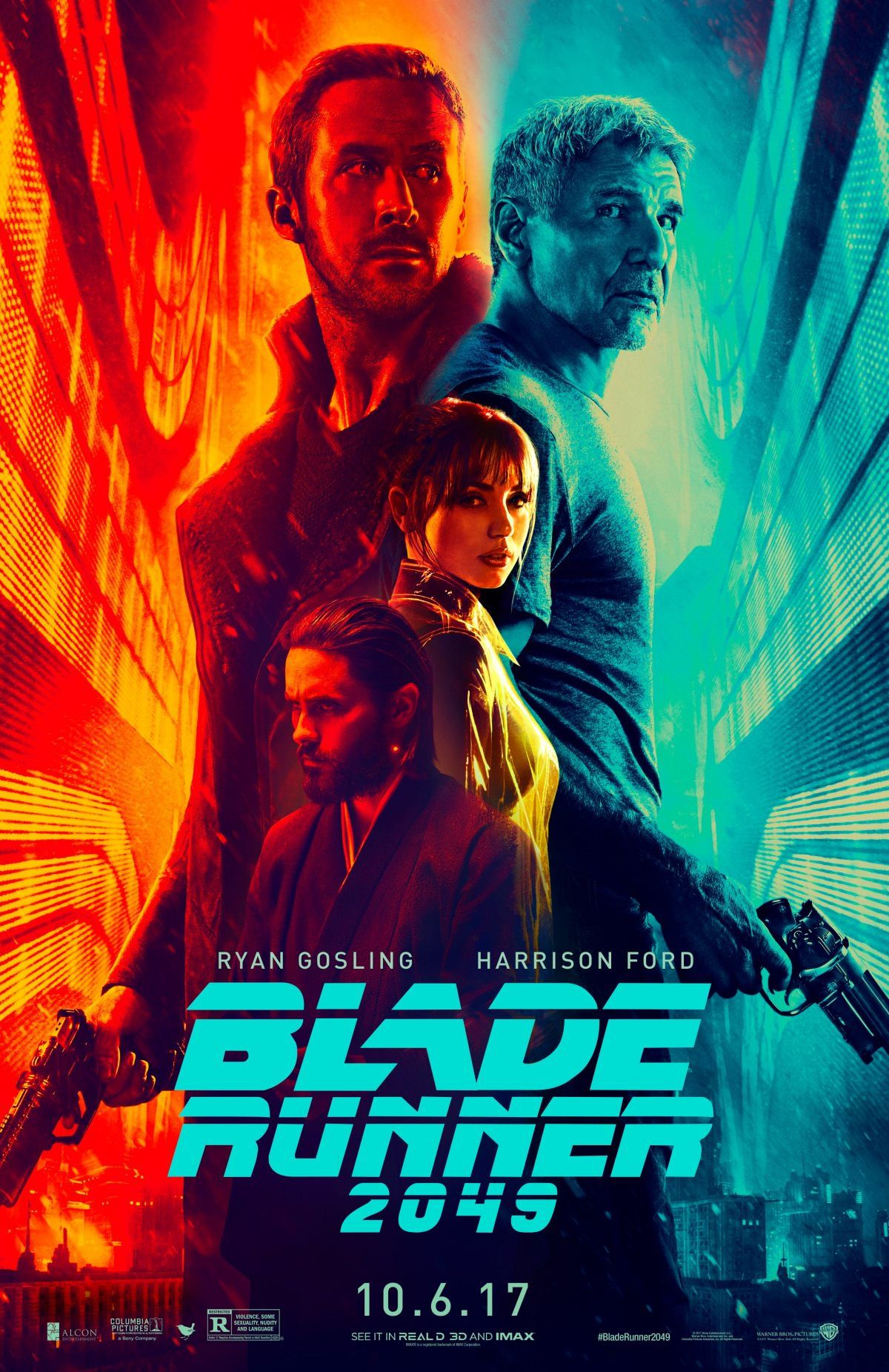 The questions of our origins and purposes in life have been crucial elements to some of the best sci-fi films, such as Spielberg’s classic Close Encounters of the Third Kind and Kubrick’s late-60’s masterpiece 2001: A Space Odyssey. Another film that belongs with these exemplary works of art is 1982’s Blade Runner, which was not as warmly received by audiences during its theatrical release. Critics were divided with this dark and philosophical film, and audiences were no different. Some found it rather talky and boring, while others connected with its spectacular visuals and its complex messages.

This brings me to this year’s release of Blade Runner 2049. Directed by Denis Villeneuve (the filmmaker behind Arrival, Sicario, and Prisoners), this grand and colorful successor to Ridley Scott’s film was well worth the wait. Some might complain over its running length (the film’s only major setback, which runs at about 2 hours and 40 minutes) and its sluggish storytelling, but Blade Runner 2049 is as captivating and intelligent as any other 2017 film I’ve seen up to this point.

The setting of the film is Los Angeles in 2049, where bioengineered humans called replicants have been weaved into society by the numbers. Officer K (Ryan Gosling) is a newer replicant model, who works as a “blade runner” for the Los Angeles Police Department, assigned with tracking down and terminating older replicants by his boss, Lt. Joshi (the always reliable Robin Wright giving a commanding presence to her role.) K lives with his holographic girlfriend Joi (Ana de Armas), who’s an artificial intelligence product created by the Wallace Corporation. It’s this large organization (literally, wait until you see the size of the buildings) that is the heart of the replicant creations, headed by Niander Wallace (Jared Leto).

After terminating an older replicant named Sapper Morton (former wrestler Dave Bautista giving a fine performance), K finds the remains of what appears to be a human near Sapper’s house. A forensic analysis team reveals the remains to have belonged to a pregnant female replicant (the baby was born but the woman died in childbirth.) K is assigned in finding the baby, while at the same time questioning his own origins since he himself is an artificially created human. Most of the film is sort of a set up for K in finding former blade runner Rick Deckard (Harrison Ford deserves serious Oscar attention for his short but powerful performance.)

Other than a brilliant screenplay by Michael Green and Hampton Francher (writer of the 1982 Blade Runner film), the look of the film is a technical marvel. Legendary cinematographer Roger Deakins (Skyfall, Fargo, The Shawshank Redemption) shot many scenes with lush colors and unique lighting to create an array of locations depicting a dystopian Los Angeles. It’s a mystery how this skilled artist hasn’t won an Academy Awards yet, but a nomination is a guaranteed lock-in (and hopefully, a win.) The score by Hans Zimmer clearly evokes Vangelis’s score of the original Blade Runner by using futuristic-sounding synthesizers, evoking a futuristic society that is advanced but bleak and grim in its atmosphere. It’s clear from the beginning the amount of work put forth by the cast and crew, so Blade Runner aficionados (including myself) can rest easy in knowing that director Villeneuve has delivered a satisfying picture.

Like all great science fiction films and its predecessor, Blade Runner 2049 revels in questions that are never fully answered, such as where do we come from? Great sci-fi films make us reflect and ponder about such questions, not just have them answered for us. Films like these make audiences talk after, whether if you found it boring or overflowing with philosophical theories about humanity and technology. This isn’t the type of film where you sit down, get up, and forget about it on the way to the exit. Blade Runner 2049 is one of the reasons why we go to films: to be entertained by high-grade masterworks of imagination that leave you wanting more.

Emma Hyatt
548
The Truth About My Parents' Divorce