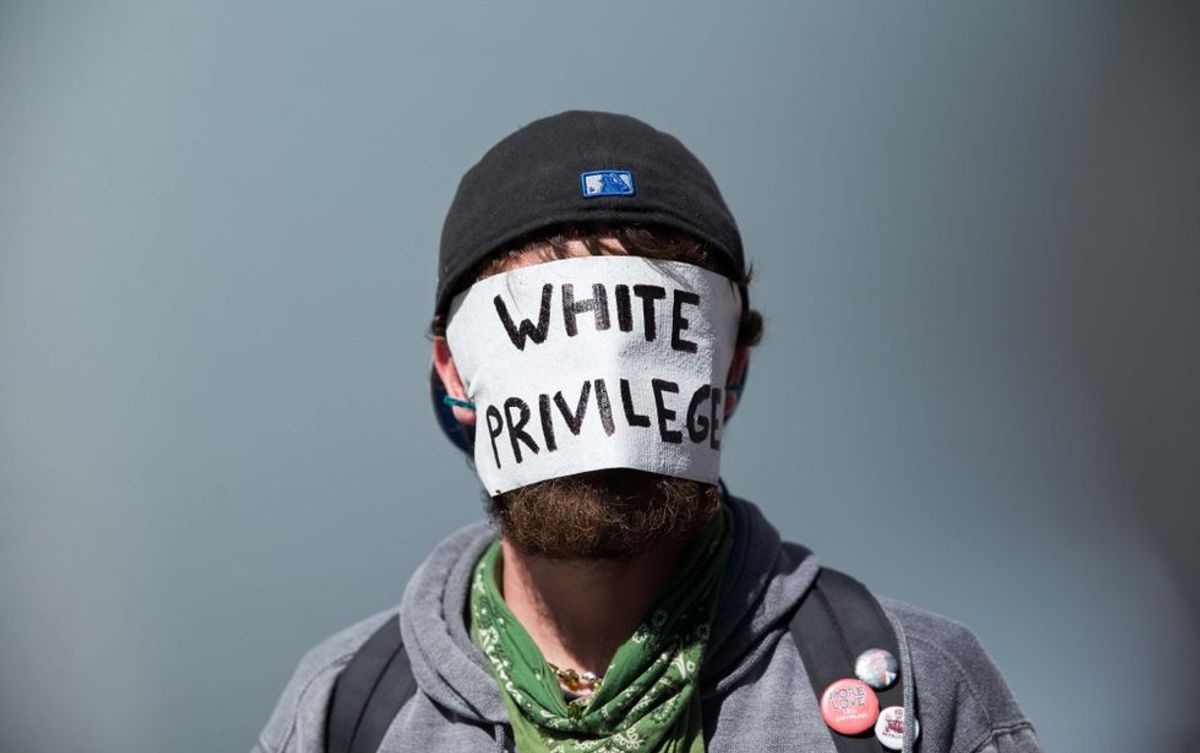 Here are seven helpful ways to begin lifting our impenetrable veils of white privilege in response to #BlackLivesMatter. I ask that you please consider these steps before changing your statuses to #BlueLivesMatter, or absentmindedly scrolling past the video of Philando Castile’s spontaneous public execution at the hands of a fatally overzealous police officer.

1. First and foremost, saying that #BlackLivesMatter does not translate to #WhiteLivesDoNot. Our comfy privilege blanket makes us feel like we’re being attacked by anything that doesn’t explicitly include us, but this isn’t the case. No one is suggesting that black lives are more meaningful than those of non-black individuals. If it’s helpful for you, maybe mentally attach the words “too,” “also,” or “as much as mine does,” to the end of the phrase. And in case you’re inclined to snidely retort that all lives matter – of course they do, but America can’t credibly make that case until we stop treating our black citizens as if they’re second-class.

2. Before you use the Dallas police shootings try to write off #BlackLivesMatter as a terrorist organization that spews anti-white or anti-police rhetoric, I want to remind you that we did not blame all white Christians for the actions of the racially-motivated attacks by Dylann Roof in Charleston last summer. The movement is pro-black, undoubtedly, but contrary to what we might be quick to assume, this does not at all mean anti-white. Instead, being pro-black is to ask white people to do the untidy, uncomfortable job of assessing how our whiteness positively impacts our lives at the expense of fewer opportunities for black Americans.

3. It’s time to acknowledge our white privilege and all of the things it does for us and absolutely nobody else. If you’re confused by what it means, check out Peggy McIntosh’s quintessential 1988 essay on it. If you’re from Chicago and you demand proof, you can see how whiteness is actively working for you and against people of color in neighborhoods such as Logan Square and Pilsen. These historically Latino communities have been gentrified, meaning white people moved in and took advantage of the low-rent costs, but as our presence increased, rent skyrocketed, which pushed Latinos out and effectively erased their ties to these areas. Just thought I’d throw that one tiny example in for anyone building a “Whiteness is a Plague to the Earth” evidence portfolio.

4. Straight, white, male readers, this may be a difficult pill for you to swallow, but you are not the arbitrator of what is and is not oppressive towards minority communities. The designated oppressor does not define the realities of the oppressed. So, if your female coworker tells you that your “harmless” joke was sexist, believe her. If your gay cousin informs you that your usage of the word “gay” is offensive, believe him. If #BlackLivesMatter tells you that our society is so structured in a way that relies upon the oppression, incarceration and extermination of black and brown men, women and children, believe them.

5. If you’re over the age of fifty, or you’ve only ever read history books written by white dudes, you may find yourself puzzled by the movement. #BlackLivesMatter seems superfluous, you may be thinking; after all, black people have “come so far.” To be sure, nixing water fountains and lunch counters “for coloreds” was an important milestone, but white supremacy was not dismantled the moment John F. Kennedy shook Martin Luther King, Jr.’s hand after his “I Have A Dream” speech. I, too, was shocked when I heard the news that the Civil Rights decade didn’t totally undo centuries of oppression. Alas, the struggle lives on, mostly because white people aren’t ready to say that it does.

6. The predecessors and contemporaries of #BlackLivesMatter, such as the Black Panthers, the NAACP and #BlackGirlMagic do not seek to erase the contribution of other cultures to the fabric of American life. Rather, they are asserting their creativity, intelligence, beauty, worth and humanity into the spaces (music, television, film, art, broadcast news, etc.) that have rejected them for centuries. Our cute, “Kim K-Inspired” cornrows appropriate the black culture that we ridiculed until we ripped it off of a black girl’s head and crowned ourselves with it. As Jesse Williams explained, the black experience is not one that we are allowed to try when it suits us and take off when it doesn’t. And just while we’re dancing around this subject — being Biggie’s biggest fan doesn’t give you a pass to rap along to, “If you don’t know, now you know, n****.” Just permanently cut that word out of your vocabulary.

7. Finally, white readers, please don’t ignore #BlackLivesMatter just because you can. The post-racial, land of the free American dreamland that we all lie about has no chance of becoming a reality if we can’t even acknowledge the ways in which we’ve thwarted the efforts of anti-white supremacy movements. If you’re unsettled by the loss of any human life, please write your legislators and implore them to restructure our militarized, quasi-genocidal police departments. Talk to your black and brown friends and peers to understand the ways in which racism still hurts them today, right now, this moment. A thorough understanding of the problem will lead to a proper diagnosis and, fingers crossed, an eventual cure to the racism and xenophobia that has plagued our country since its conception.