Black August: A Month To Remember The History Of Black Resistance

Black August: A Month To Remember The History Of Black Resistance

The roots of Black August stem directly from the resistance efforts of Black liberators in the 60s, 70s, and 80s, specifically to the work of brothers George and Jonathon Jackson. Like so many activists, they found themselves at the mercy of their oppressor, locked away behind the bars of America's prejudiced criminal justice system. 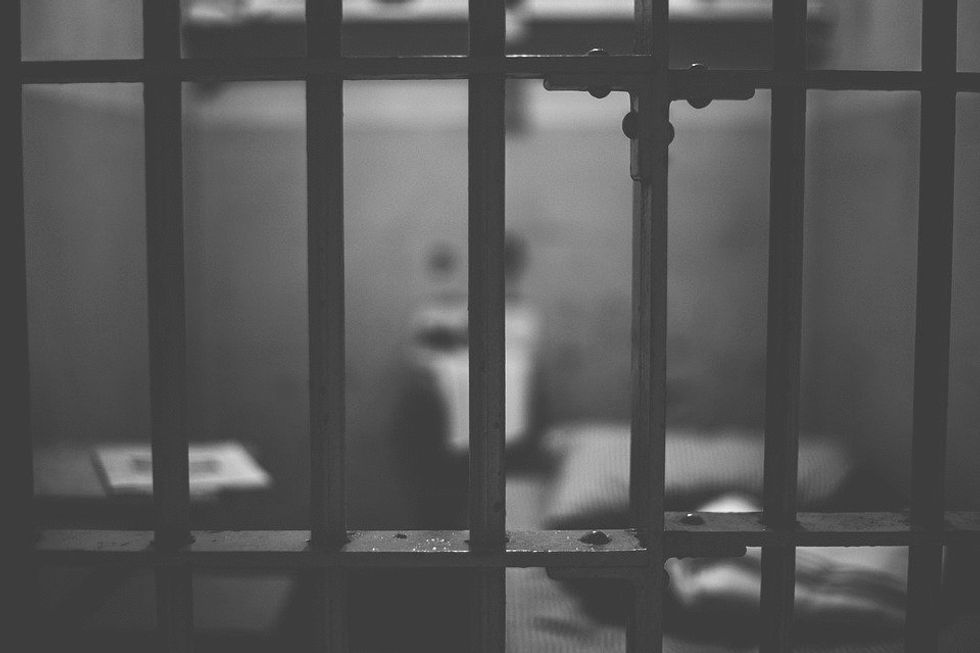 Growing up, February was always synonymous with Black History Month. The white walls of our classrooms were magically transformed with prominent Black faces from different time periods, for what I realized was ironically the shortest month of the year. We learned about the many inventions, advancements, and offerings that Black people have afforded society, and in many ways, the classroom held a momentary air of pause and appreciation for Black voices, something so far removed from the textbooks that outlined our curriculum.

As I have grown older, and more so today than ever, I have taken note of the fact that a lot of my true knowledge must stem from my own desire to learn. In the same way that I have found language acquisition to be more effective outside of the confines of the validation of a grade book, I have taken great refuge in seeking out Black voices beyond the limits of our textbooks.

I remember growing up, switching through TV programming, landing on a PBS special that charted the history of African Americans, and learning far more in that afternoon than I had learned in my time spent in the classroom previously. I saw the brutality, pain, and resilience of my people, and I felt something, something that many others like me can attest to. I realized how deeply their struggles were ingrained in my identity, and how in seeing faces on a screen, I saw something more. In seeing the fire hoses, the police dogs turned on children, and the mug shots, I saw myself, I saw my family, and I saw my liberators.

Then, I did not think much of the timing, but this special aired not in February, but in August. August, I have only realized now, has a lot of historical significance for African Americans.

So what is Black August? For one thing, it is not viewed as another Black History Month. August has a longstanding deep connection to the struggle of Black revolutionaries, with events like the March on Washington, the Watts Rebellion, and Nat Turner's Rebellion all taking place in this month. Today, Black August is specifically tied to fighting against America's prison industrial complex, a system that has been mobilized against Black, Brown, and poor communities practically since the inception of this country.

The roots of Black August stem directly from the resistance efforts of Black liberators in the 60s, 70s, and 80s, specifically to the work of brothers George and Jonathon Jackson. Like so many activists, they found themselves at the mercy of their oppressor, locked away behind the bars of America's prejudiced criminal justice system. They've since been immortalized as martyrs, lives lost to the fight for liberation.

George, who was killed after trying to escape San Quentin Prison in California on August 21, 1971, was serving time wrongfully for a crime he did not even commit. He initially received a practical death sentence of one year to life in prison for allegedly stealing $70 from a gas station. By no coincidence, this man was revered for his revolutionary work, and the powers at be were working to silence him.

While incarcerated Jackson, along with two other inmates, was further accused and charged with killing a guard in prison. One day, Jonathon, George's younger brother, stormed a courtroom, taking a judge hostage, and demanding the release of his brother and other prisoners. Officers killed Jonathon and others that day, one of them being the judge. Well-known prison abolitionist, Angela Davis, recounts in an interview how the officers stated they would have stopped at nothing to apprehend a fleeing prisoner, even killing a group of children. A statement like that is par for the course when it comes to our police system today, which is shocking given the years that have passed since.

Logic and reason are not at play when it comes to policing oppressed voices. In response, Black August has been a show of resistance. Black August, for those incarcerated, has been a time to reflect, turning to the revolutionary literature as well as one's own strength. This month, we look at the sacrifices that have been made by others, and critically examine the senseless nature of our prison system that, to this day, is essentially legalized slavery. Now is a time to educate ourselves on the fight for the betterment of Black and Brown lives, and how we can help, be it through consciousness, donating to bail funds, or even writing to those incarcerated.

Black August is a time to educate yourself on the corrupt and deeply interwoven structures that work to silence the concerns of the oppressed. I have spent this time exploring the works of those that stood at the front lines. "Assata" by Assata Shakur and George Jackson's "Blood in My Eye" have moved me deeply, especially as I look around today to see the problems they faced still running rampant. There's an innate resilience in their words and a pain that anyone that's been at the receiving end of police brutality can relate to. I, for one, know that one finds an insurmountable amount of strength when you have truth on your side. That strength cannot be broken and it serves as a lesson to us all to see it in practice especially within the work of Shakur, America's most wanted woman:

"The world, in spite of oppression, is a beautiful place."

Activists like Shakur were railroaded by a justice system that was never meant to work for them and was clearly serving no true justice. Reading the words of these individuals has shown me even more clearly how disturbingly backwards our justice system is. From biased juries to racist judges with their own agendas, the accounts laid out in these readings will make your blood boil. It is no coincidence that the same people fighting for justice end up framed for crimes they never committed or even losing their lives. I have to stop and think who are these systems protecting, and what true purpose do they serve?

Black August should mean something to all of us, as we could all one day just as easily find ourselves at the mercy of an unjust system, in fact, are we not all in the midst of it today? History is right in front of us, as I scroll through my feed to see everyday civilians facing abuse at the hands of armed forces, police swarming on Derrick Ingram's apartment with snipers and no warrant, and young people, like Madalena McNeil, facing life sentences for simply buying paint. August, and every other month for that matter, is the time to gain more understanding and support those that are working to liberate us all.