Why Your Boyfriend Hates Astrology, Based Off Of His Zodiac Sign

Why Your Boyfriend Hates Astrology, Based Off Of His Zodiac Sign

Basically he is close-minded or unwilling to accept the flaws that he has in himself. 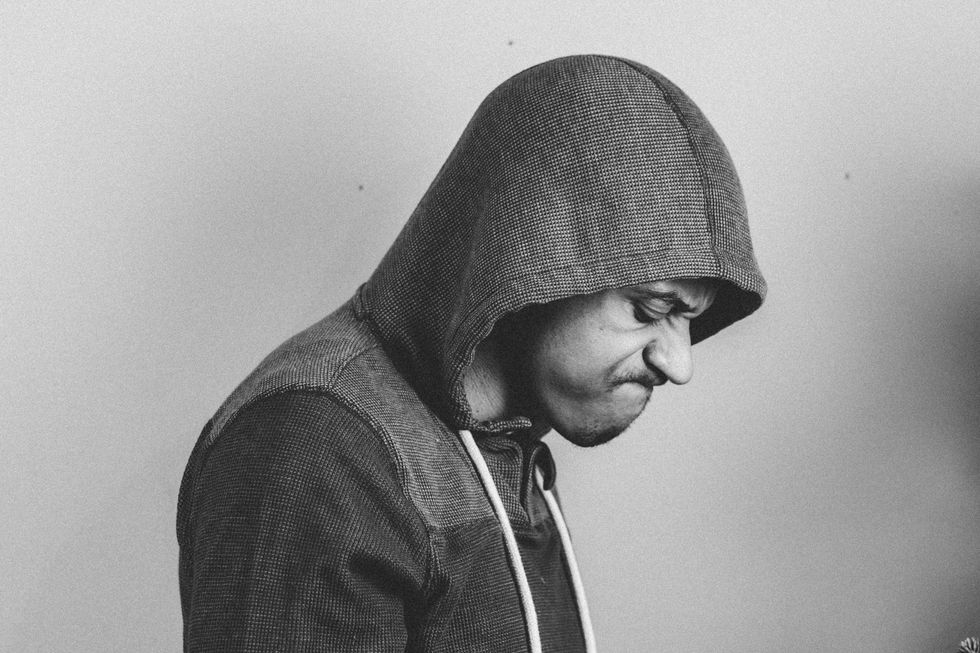 We all know that most men hate astrology, mainly because it deals with assessing the negative characteristics that they may actually have in themselves. The other reasoning behind why they may hate it can actually go much deeper into what their sign is. If your boyfriend acts like you killed his cat when you even mention his sign to him, assess if the reasons listed below could possibly be why.

**Disclaimer: Everyone has a whole chart. Look up your chart before saying that you do not fit the characteristics of your sun sign. Dates of each sign may differ depending on the year.**

Aries men hate astrology because they likely never took time away from starting a bunch of random projects and never finishing them to learn exactly what it is. If you have an Aries man in your life, just tell him that he's overly competitive and likes the chase but gets bored (watch out) after he gets whoever he is chasing. Trust me, he will understand.

If you're dating a Taurus man who does not believe in astrology, do not try and change his mind because you won't.

They reason why he hates astrology is because Taurus are known to be a little bit clingy and possessive, which is something that no man wants to hear about himself. So naturally, he will deny it.

He doesn't understand which personality he wants to be. Give him time, he will like it tomorrow.

Cancers are known to cry a lot and "men don't cry".

Leo men hate astrology almost as much as Pisces men do, which is strange because Leo women typically go hard for astrology. Leos love attention and love to be the life of the party, but there are typically one of two reasons why Leo men hate it.

Virgos are the one sign that cannot take criticism. They seriously hate it. They feel as if they are perfect and can never do anything wrong. If a Virgo man hates astrology, it is because it shows that he does indeed have imperfections that he cannot admit to. Also… I mean, their symbol is the virgin.

Even if he hates it he will pretend to like it because he does not want to disagree over anything. He wants a perfect relationship in which you never fight. If he disagrees, you can guarantee it will be in a flirty way. He will deny that Libras cheat though

The only way that he hates astrology is if he does not know anything about it. If he does, he doesn't hate it, he just does not want you to know that he is stalking you.

A Sagittarius likely feels like astrology is not real because they feel as if it is too "basic" to describe them. A Sagittarian's mind naturally wants to go deeper into subjects, so if he only hears a few traits about himself he is going to think it is a load of crap.

Some famous Sagittarians are Snooki, Britney Spears, and Miley Cyrus. With this being said, they do have the reputation of being a hot mess with commitment issues. They are also known to be a good time though. It is important to have a Sagittarius look up their whole chart because not every Sagittarius drowns themselves in Tequila at all times. Some of them are calm, but really enjoy traveling, philosophy or religion.

They will likely change their mind once they read the traits and finally understand why they hate commitment.

He just wants to prove you wrong… and he probably thinks you're stupid too. Every Capricorn always loves to be right at all times, so if you believe in something he is going to cut it down or try and prove you wrong just because he likes to be right.

Capricorns are very grounded and typically are the sign least likely to believe in things that are not concrete and based off of facts. If you believe in astrology, it is probably likely that they make jokes like, "Oh yeah is it because I am a Capricorn?" all the time.

...Plus astrology shows that underneath their hard "no feelings" shell that he is actually really soft and drowning in emotion. Capricorns would rather die than have you know that.

It is rare for men to believe in astrology, so an Aquarius man may be into it just to be different from the crowd. If he does not believe in it, it is simply because too many basic girls believe in it and he would rather die than be considered basic.

Out of all of the signs, Pisces men typically hate astrology the most. The reason behind this is because men are made out to believe that having emotion is weak, and Pisces are full of emotion.

He's likely delusional and not in touch with who he really is, so therefore he probably will not be able to recognize his own traits that he possesses.