An insect's view and experiences around the campus 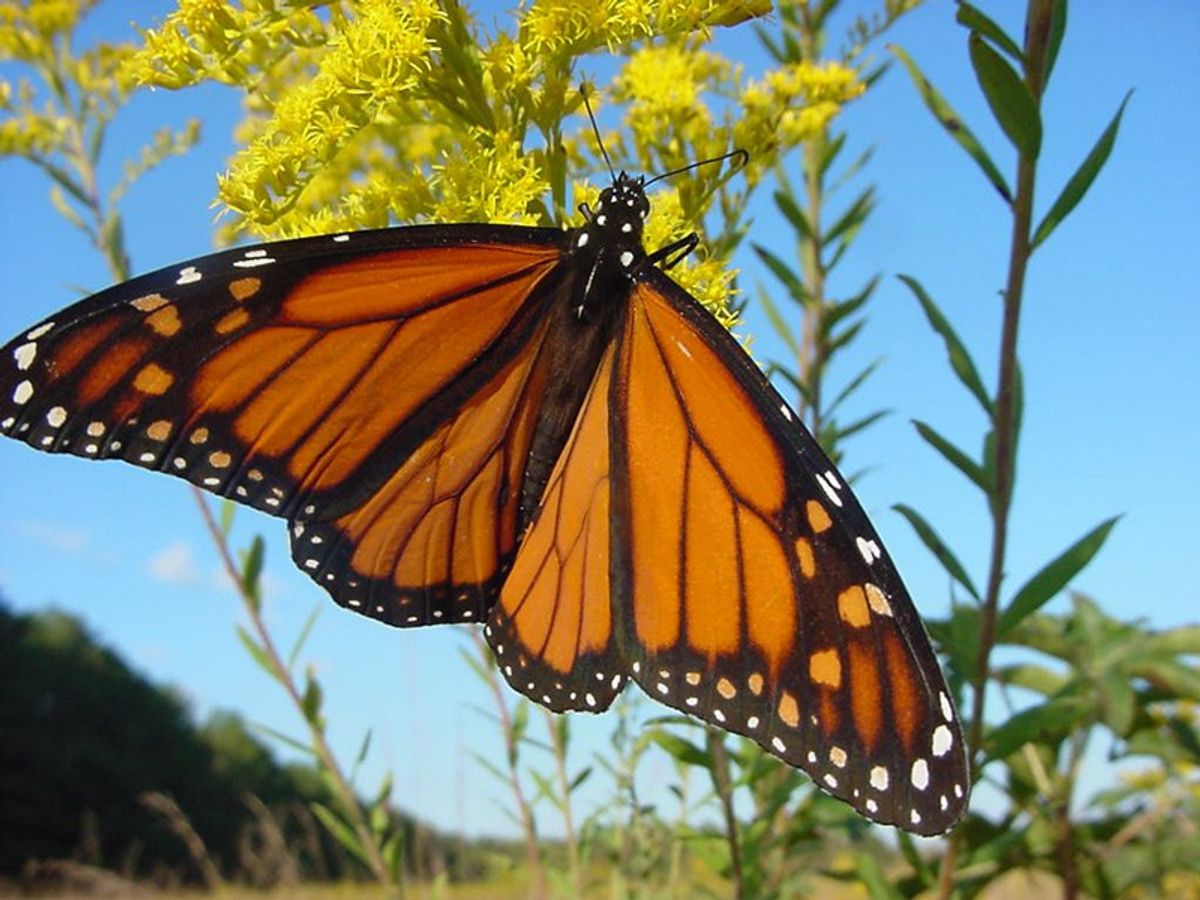 It was a fairly uneventful life, waking up attached to a eucalyptus in Asilomar after my parents died and blasting through childhood into a chrysalis. I was finally an adult after a week in that shell, and all I could think about was…what am I going to do with my life? I had plenty of time to think about it as we migrated south for the winter, seeking food and warmer weather.

Somewhere along the way I got separated from the group and wound up in a strange place covered in not-dirt with trees growing up between the dead ground. I didn’t know where the rest of the group had gone, and there was heat and food enough for me here, so I decided to stop and take in the sights.

There were two-leg-no-wings running about wherever I went. They were nothing new, I had seen them as a child when they would come with their flash boxes and nets to watch us eat. I had never seen so many in one place before! They would rush about all day, heads down looking at light-squares or placing strangely colored vines in their heads. They always had somewhere to be, never taking the time to look around, on their way to the next dead-box. I suppose I can’t blame them, they live so much longer than we do, they think they have time for it later. I however was perfectly content to flit about and observe these creatures in their natural habitat.

The first day was alright. I couldn’t get outside much since there was just enough water-from-up to get my wings wet. It cleared up just as the bright was fading, so I was able to see a kaleidoscope of the two-leg-no-wings migrating toward a building that was already filled with the sound of them. I was about to follow them inside when I saw a pair of flying monsters (“sparrows,” the two-legs call them) inside. I decided to stay outside where I knew what I was doing. I perched in a tree covered in purple pods and flowers and observed the two-legs eating. I was curious what all the fuss was about and waited till one of them had gone back into the dead-box before landing on its food. It was positively revolting! I had hardly taken a step on it before I took off again, reeling from the terrible flavor. I decided that it would be better to stick to nectar.

I was attracted that night by a bright light coming from the top of a strangely shaped dead-box, but not wanting to take any chances with the night’s dangers, I investigated the next morning. It wasn’t particularly interesting. There were some brightly colored flowers up front and low to the dirt, but they lacked flavor when I took a drink from one. Disappointed, I went out over an expanse of green earth surrounded by dead-boxes. I flew over one of them and found myself in the shade of trees lining a stretch of black-not-dirt. Comfortable at last I followed the shade only to be knocked to the earth by a sound like thunder shaking the air around me. I was terrified, but it ended fairly quickly. I vowed never again to fly that far down the stretch of shade. The rest of the day passed without another incident, though I did find that the source of the light was surrounded by monster droppings. I decided that my curiosity was not worth my life and never again approached the tall light on the dead-box.

By the third day I was comfortable among the two-leg-no-wings. I flitted above them, sometimes just over their furry tops I even wove between them sometimes. Several of them reached out to catch me, but I was quicker than their claws and got out of reach. I was beginning to enjoy this place, the simply routine, the clockwork nature of everything. It was very organized, and I could always find food and shelter. Tomorrow, I think I shall explore the stretch of swamp that runs along the edge of the two-leg’s territory. I miss the rest of the kaleidoscope, but I am fond of this place, and a taste of home would be welcome.

It’s wonderful along this stretch of swamp land! The coolness of the water, the taste of the flowering vines that grow all along it, the sight of familiar plants; it’s enough to make me homesick. I flit along, watching the water predators from above. They are content to eat whatever is in the water, so I do not fear them as much as the flying ones. The sound of the water is so soothing, and the smell of life all around me is relaxing that