Gender Bias Belongs in the Cut

Gender Bias Belongs in the Cut

The real meaning of ungendered clothing, and how Zara has brought up an important discussion about the difference between androgyny and unisex. 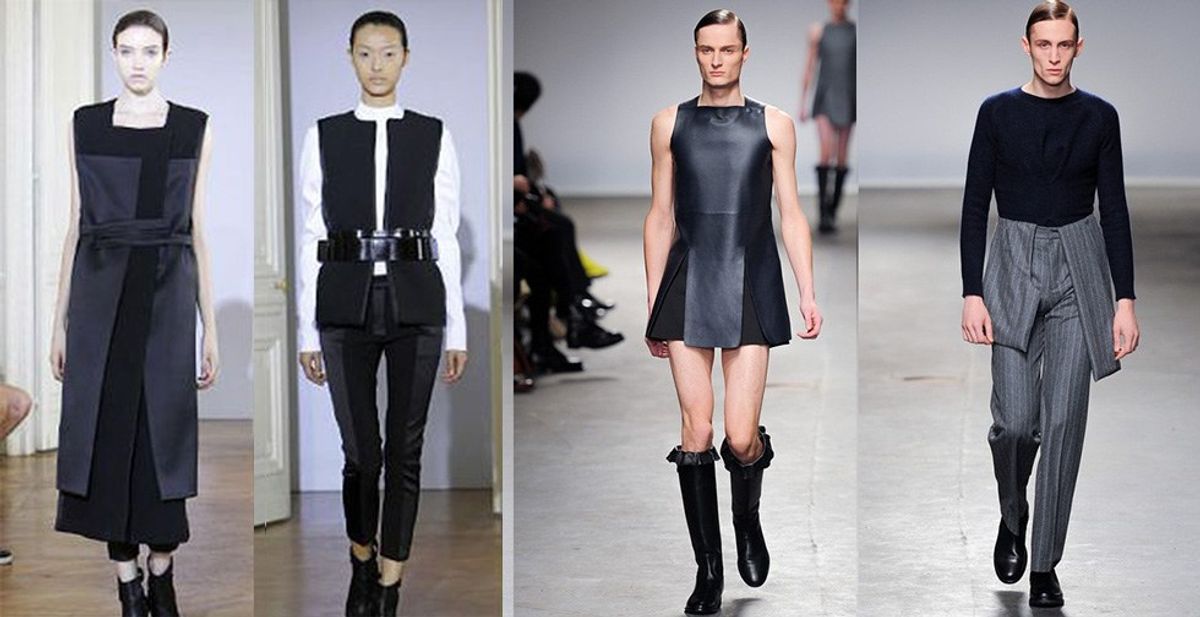 Today is all about breaking barriers, whether that means political ones like in the U.S. presidential race or gender identity. In their recent collection of a gender neutral line of clothing, clothing retailer Zara released a clothing line that the company claimed to be "ungendered". This new clothing line did cause a buzz––not necessarily how the marketers intended. The new line brought to the public's attention a serious and misunderstood issue: The definition of "agender" in the world of fashion.

According to the Dictonary.com, Agender is defined as:

Adjective
1. Noting/relating to a person who does not have a specific gender identity or recognizable gender expression

When it comes to fashion, the clothing doesn't make the man, woman, etc., the cut does. Anatomically speaking, no matter what gender one may identify as, in the binary or not, everybody is different: To use binary terms, the female body is structured differently than the male body.

This is the first place unisex fashion tends to fall flat. Despite anatomical facts, by structuring clothing to fit everyone, it ends up fitting no one correctly––darts are in the chest for a reason. Rather, styles should be made accessible to everyone––if someone without breasts wants to purchase a dress and not have the awkwardness of an ill-fitting cut, clothing companies could make a style fit to one body type, and the same for another, solving this issue––creating truly androgynous clothing.
Which brings up the second point: styles.

Upon Zara's release of the agender line, many people were not so pleased, as the company may have expected. The range of styles matched with the range of colors (consisting of greys, whites, blacks, and neutrals). As Eve Peyser on The Cut writes,

"Zara's definition of "gender neutral" is largely masculine. The clothes could [...] be found in a menswear store. The company played it safe [...] But who says dudes can't wear skirts or dresses?"

Which has brought up the much-needed discussion of why "androgynous" so often means men in womenswear. Like the powersuit, "androgynous clothing" based on menswear makes it feel like an equal playing field in a male-driven world, bringing a serious nod to feminism into the discussion.

A quick fix for this is to start trending 18th century menswear for everyone––it brings the fem to androgyny, and combines diversity and color with the suit.

In all seriousness, unisex is a uniform, not a style statement.

Clothes should be defined in cut, not in gender.