5 Creative Ways To Move Beyond 'So What's Your Major?'
Odyssey

5 Creative Ways To Move Beyond 'So What's Your Major?' 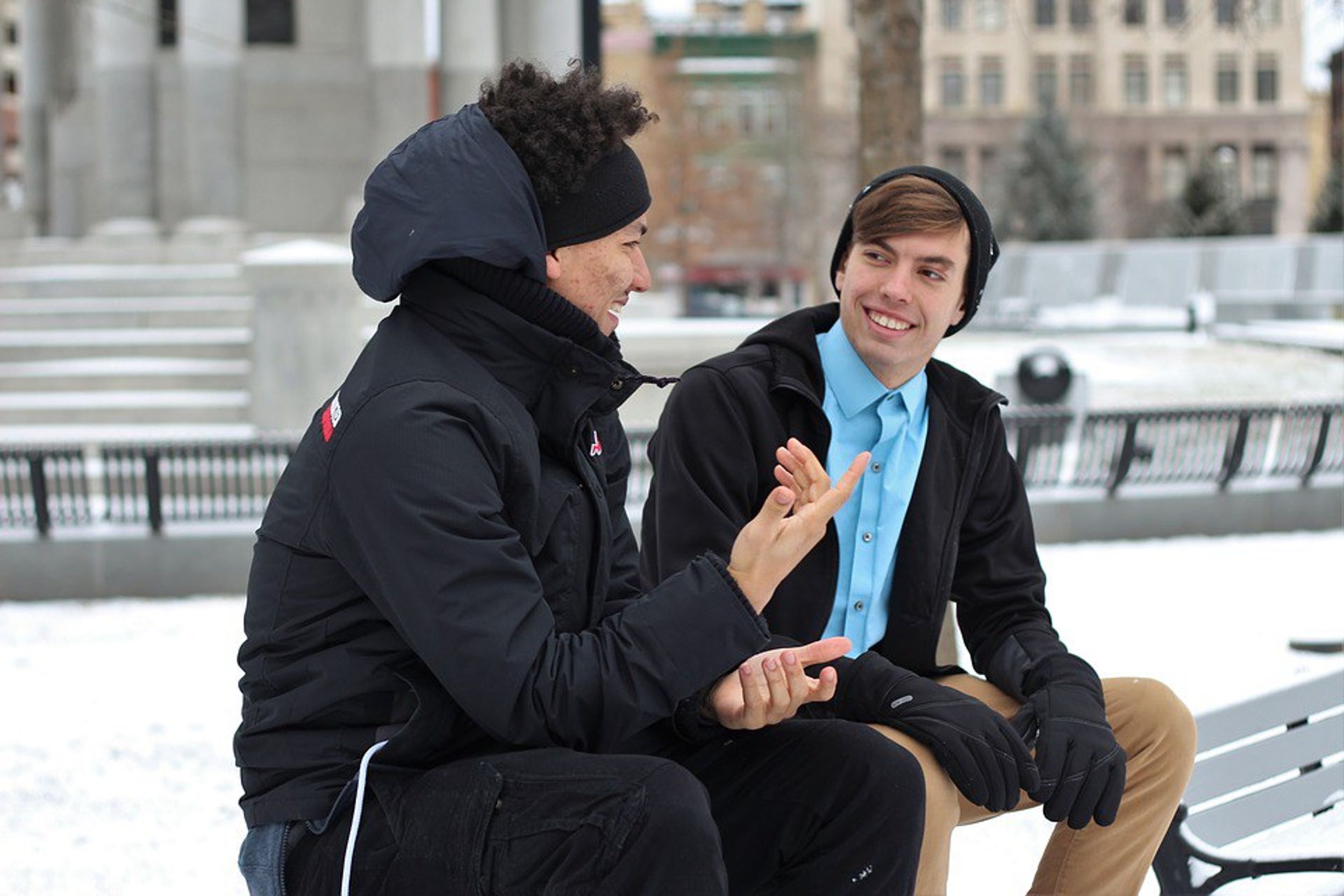 Most of us meet new people.

When this happens during college, one question typically comes to mind.

The conversation awkwardly pauses. You fear this being prolonged. You let whatever next pops into your head exit through you mouth.


I mean, this question has some merit. It definitely can be a starting place. However, a lot of us feel like the question is overused and try to use it as a last resort. Unfortunately, that last resort seems to be almost every new situation.

What if we had creative alternatives? What if other follow-up questions or even replacement questions existed?


Here's some thoughts of questions you can use after "the last resort question" or as follow up questions in the conversation to keep the chat from needing that dire last result.

1. What did that make you think?

Maybe the person you've met is describing an activity they did over the summer. They might mention a co-worker's funny action or their boss's unexpected response.

You can just laugh along with them (I actually suggest this. It can be highly stress relieving) or agree about the boss's strange response. Or, you could do something more.

When they describe the boss's response with a tone of that's-definitely-different-than-what-I-would-have-done, why not probe a little deeper? By asking "what did that make you think?," you're opening a door for the conversation to take a slew of different directions.

You'll never know unless you ask, but when you ask, you can begin to know a lot more of how they think and who they are.

2. How did that make you feel?

Used instead of the previous suggestion or after it, this question can let you know more of how a person responds to situations, what they may care about and what really makes life matter to them.

Even if you don't fee like getting that deep (hey) you can be straight up entertained by this one.

When a person describes something they did or saw, you can not only talk about the external experienced but also what this meant internally.

If you can lead a person to talk about something they're passionate about, you can expect a much (much) more interesting conversation.


3. What advice would you give to someone in your situation?

This one can be a lot of fun because it encourages out-of-the-box thinking.

It's no surprise. When conversing, people mention things about their life they don't like. Complaints are a natural language for (basically) everyone.

If they are speaking of how difficult something in their life is (which life definitely can be really tough), it can be hard for some people to take your advice. They can often think you just don't understand their situation like they do.


If that's the case, then they know an awful lot about their situation, and sometimes, you can lead them to discover solutions to some of their problems that you could have told them but which become more powerful when they figure it out themselves.

Asking what advice they would give to somebody else in their situation is a very non-threatening way to move in that very direction.

4. Does that make you happy?

When people are complaining or commenting on something they experience that they're not crazy about, they often don't realize the negativity that they are using.

Often, they don't realize how deeply they really think or feel about something (often how negative or not beneficial something is to their life).

They could have some habit. They could keep returning to a certain relationship.

These ways of talking, thinking, and living can be negatively affecting their life, and (often) they are simply unaware of this phenomena.

By asking "does that make you happy?" you begin to show people their true thoughts and feelings about that trait, habit, word choice, or lifestyle choice.

Once they see this with more clarity, they may realize more deeply how something is negatively affecting their life. Then, they can make a change--a change for the better.

Maybe the person you're conversing with is telling you about their crazy travel experience. Maybe they're talking about the highlights and how they loved it.

You can ask that, if given the chance, would they do it again the same way. This can get them thinking (and talking) about things that made that experience particularly enjoyable.

Maybe this can lead to more. Maybe you can start talking about ways that these positive elements (often just attitudes) can be brought into daily life.

However, often people can get caught up on what they did or didn't like about their own actions or the actions of others. This questions applies in these situations, too.

Asking what they would/wouldn't change in their action/response can bring new ideas about how to not only live with yourself but live with others.

It's a lot easier than you might think to move beyond the "what's your major" question.