I'm Just A Girl Somewhere Between An Elephant And A Donkey

Too liberal for my parents, too conservative for my professors. 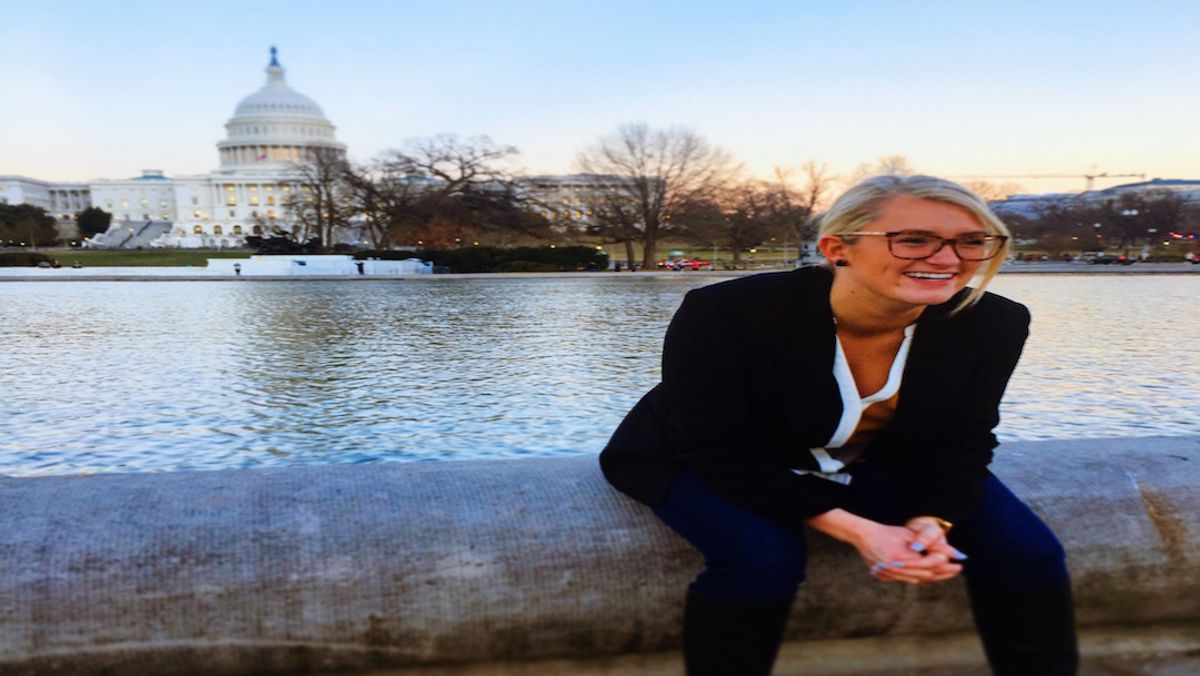 I was raised Catholic in a small rural town in Kentucky: it would be pretty difficult for me to not be Republican. For a long time, it was hard for me to even begin to understand any other view other than the ones that I continually heard from my parents, reaffirmed by my friends, and harped on during church.

I was surrounded by moral, kind-hearted people that all believed generally the same things.

Everyone I knew hunted, or had some connection to someone else who hunted; everyone supports the fourth amendment.

Everyone I knew was undoubtedly a Christian; prayer and God were naturally intertwined in our public school system, and no one would’ve dreamed of speaking out against it.

Welfare is a four letter word where I’m from; few people supported government programs. Diversity is not our strong suit, and my town is overwhelmingly white, which further causes some bias.

One of my friends has a poster hanging in her kitchen for as long as I can remember that says, “The bigger the government, the smaller the citizen.”

It was only until recently that I even realized what it really meant. Conservatism is just that ingrained in my hometown.

Then I came to college. People had told me that I would meet people of all different views and personalities once I went to college, but I brushed it off.

“I’m going to UK,” I thought, “How different could these people really be?”

To my surprise, more often than not, I am in the minority for my political views. Whether in the classroom or just hanging out with friends, I have learned to hold my tongue when politics are brought up.

Especially my freshman year, with the election of 2016 in the works, people felt very strongly one way or another, and it was often just easier to stay quiet rather than launch into a long argument defending the other side.

But as I listened to their point of view, and as I met new people with different stories, I found myself inching away from being a staunch Republican.

I still don’t agree with everything my liberal counterparts say, but I can at least understand why they might feel that way.

There are some issues that I have done a 180 since coming to college, and that’s okay.

Then there are other issues that I feel strongly about, but because I actually believe in them, and not because I am parroting what other people have told me all my life. And that’s okay too.

Now I am in this position to where I don’t know how to identify politically because I don’t entirely agree with either side.

I’ve talked to some of my other friends from home, and they have felt similarly. It begs the question as to whether the time for “Republican,” and “Democrat,” are outdated and dividing terminology.

I know I can’t be the only one that feels that they are too liberal for their parent's liking, and too conservative for some of their professors.

Maybe I’m stuck in the clouds, and idealizing an unrealistic future as a naive college kid. But maybe this generation can be the generation that gets rid of labels so that we focus on our common goals and actual change.

I know I’m not the first one to suggest this, and it was actually George Washington who first advised us to not create political parties, after which we immediately created two political parties.

The political atmosphere is just about perfect for this change, given the, *ahem,* current controversial administration, and now is the time when we can all come together and finally take good old Georgie's advice.

Emmaline B
The Narrative
82157
https://unsplash.com/photos/O0T1SIgHAfM