Keep Betsy DeVos Away From My Education, America

Keep Betsy DeVos Away From My Education, America

Her lack of experience makes her unfit for the job 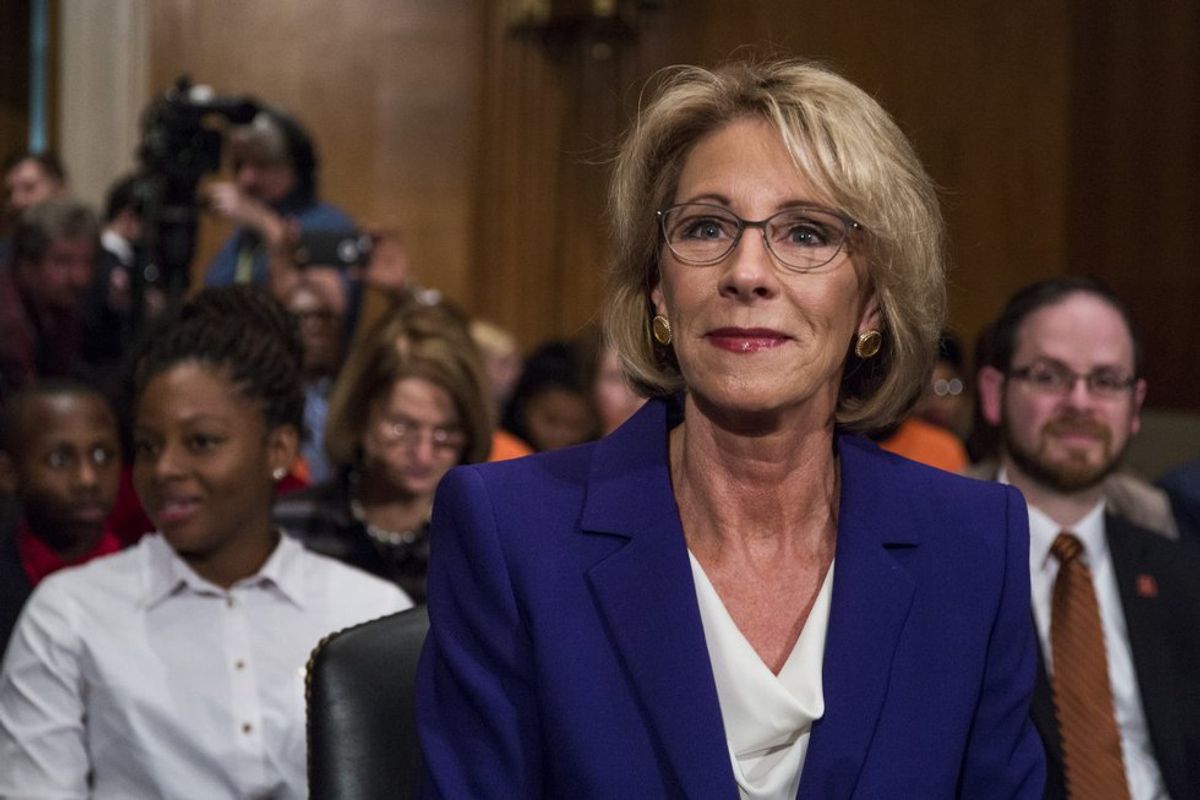 I don't like to get involved in political matters. In fact, I do my best to avoid them at all costs. But then I started hearing and seeing people complain about some Betsy DeVos woman; the hashtag #DearBetsy was even trending on Twitter. At first, I didn't know what was going on. After hearing the mention of politics, I thought it was just one party bashing the other's candidate for Secretary of Education.

Then I watched a video and heard this woman speak.

Constantly repeating the same response to avoid further discussion? Dodging questions? Vague references to previous questions instead of giving clear answers? Lack of experience in a pertinent part of understanding the position? Sounds a lot like someone with no knowledge trying to bullsh*t their way through a job interview.

You wouldn't trust a surgeon with a sketchy online degree and no experience to perform your much-needed surgery. So why would you trust Betsy DeVos to be Secretary of Education?

Now, there's nothing wrong with never needing loans, but I can't help but be worried. To me, DeVos seems to be a little out of touch with the population of Americans that would have to deal with the repercussions of any future policies, cuts, or spendings she'd instill. As someone who was apparently fortunate enough to afford college on her own, DeVos doesn't strike me as a woman who understands how vital those loans are too many students.

Worst case scenario of DeVos becoming Secretary of Education: she makes it even harder to be approved for loans. Thousands would be prevented from completing their education and earning their degree.

Education is a right, not a privilege. I don't care what political party she's from; all I know is I want Betsy DeVos kept far away from my education.