The Best Song for Anyone Going Through Anything

The Best Song for Anyone Going Through Anything

O' Sister by City and Colour 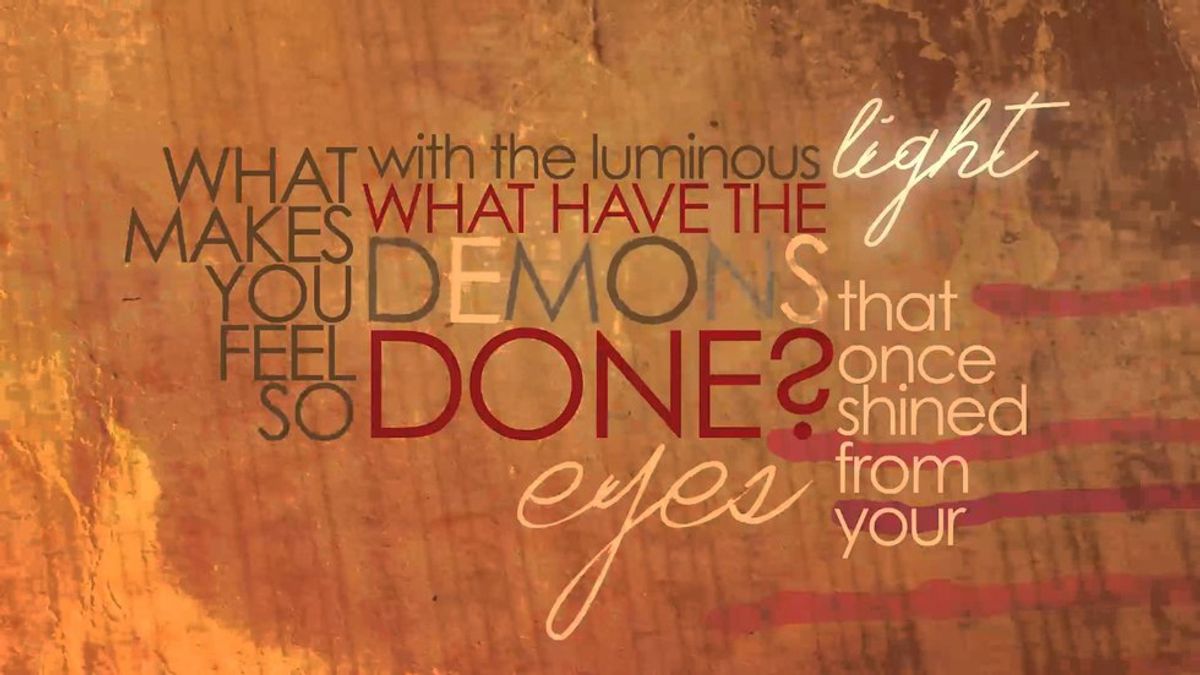 “O Sister” by City and Colour is in my opinion the best song for anyone who has been through really anything. It speaks to those who have battled one or more mental illnesses, hospitalization for a length of time, a physical sickness that brings you down for a while, or harm done by someone else that may have really done both physical and mental damage.

I am lucky, I don’t believe that I have been through very much trauma, especially compared to many people I hear the stories of. This song does speak to me though because I have had a hint of depression created by anxiety and this past summer I had a surgery and contracted MRSA (a flesh eating disease) from the hospital.

At this point I am mostly over all of it, but there are sometimes I still feel like I will never be back to normal. The doctor’s did say it would take a while, but how long is a while? I also got mono from what I had surgery for so my immune system hasn’t worked very well.

I actually think that this week is first week I have had of complete health since a few weeks before the surgery I had. Which brings me back to the song and the truth of it.

The writer speaks of someone calling them sister throughout the song. He asks “What’s wrong with your mind, you used to be so strong and stable.” This reminds me of someone who was at one time a very strong person, but something bad has happened to them and taken over their mind.

Then we get to the main point of the song, he says “But the blackness in your heart won’t last forever, I know it’s tearing you apart, but it’s a storm you can weather.” During this section of the song he is saying yes it is bad, it’s hurting you, but you will make it through whatever darkness this is.

In the next part of the song the writer asks “What’s running through your veins that’s causing you such pain? Does it have something to do with the pills they gave to you?” This is where I came to the conclusion that maybe this particular girl is struggling with drug abuse, but at the same time it could also be a doctor prescribed drug for a mental illness.

I know that sometimes when you first take medicine for a mental illness or disorder it can take a bit for your body to adjust and at that time you can feel like the medicine is worse than the actual problem itself.

At the end of the song the writer goes back to his lines “But the blackness in your heart won’t last forever, I know it’s tearing you apart, but it’s a storm you can weather.”

These are all my own interpretations of the song, like any other form of art it can be interpreted many different ways.