He's just an old man, with a criminal record, and mung beans sprouting in his desk. 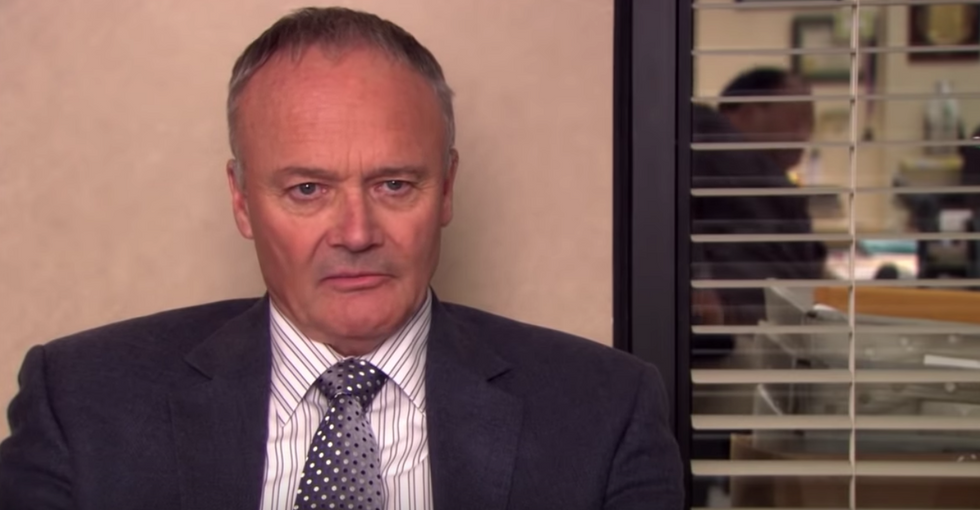 Almost everyone I know has seen at least one episode of "The Office." Of course, those who are not super fans usually say Michael Scott or Dwight Schrute or Jim Halpert is their favorite character. But, if you're like me, and you've watched the show so many times you can quote every episode (no, really. This isn't an exaggeration), you begin to appreciate some of the lesser characters. After my 25th run through of the seasons, I found that I had a new appreciation for Creed Bratton, head of quality assurance, and the strangest man in the office.

In fact, if you are struggling to watch the seasons again, just keep an eye on Creed throughout the episodes. In each episode, he finds a way to use his failing knowledge of "normal" human interactions to keep "The Office" fun and interesting.

Don't believe me? Here are 20 Creed Bratton quotes that prove he really might be the best character in "The Office."

“I wanna do a cartwheel. But real casual like. Not enough to make a big deal out of it, but I know everyone saw it. One stunning, gorgeous cartwheel.”

"Oh you're paying way too much for worms. Who's your worm guy?"

“I’ve been involved in a number of cults, both a leader and a follower. You have more fun as a follower, but you make more money as a leader."

"Just pretend like we're talking until the cops leave."

“If I can’t scuba, then what’s this all been about? What am I working toward?”

Creed Bratton has never declared bankruptcy. When Creed Bratton gets in trouble, he transfers his debt to William Charles Scheider."

“I already won the lottery. I was born in the US of A baby. And as backup I have a Swiss passport.”

“Nobody steals from Creed Bratton and gets away with it. The last person to do this disappeared. His name? Creed Bratton.”

"When Pam gets Michael’s old chair, I get Pam’s old chair. Then I’ll have two chairs. Only one to go.”

“The Taliban in the worst. Great heroin though.”

“You know a human can go on living for several hours after being decapitated.”

“You ever seen a foot with four toes?”

“I run a small fake-ID company from my car with a laminating machine that I swiped from the Sheriff’s station.”

“Hey brah. I been meaning to ask you. Can we get some Red Bull for these things? Sometimes your guy’s gotta ride the bull. Later skater.”

“You ever notice you can only ooze two things? Sexuality and puss. Man, I tell ya."

"I stopped caring a long time ago."

If this doesn't convince you that Creed is amazing, I don't know what will. Between his struggle to remember what his job is and his inability to have normal social interactions, Creed provides such a dark, humorous dynamic to "The Office."