Imma let you all finish, but Yeesus has some of the best lyrics of all time. Of all time! 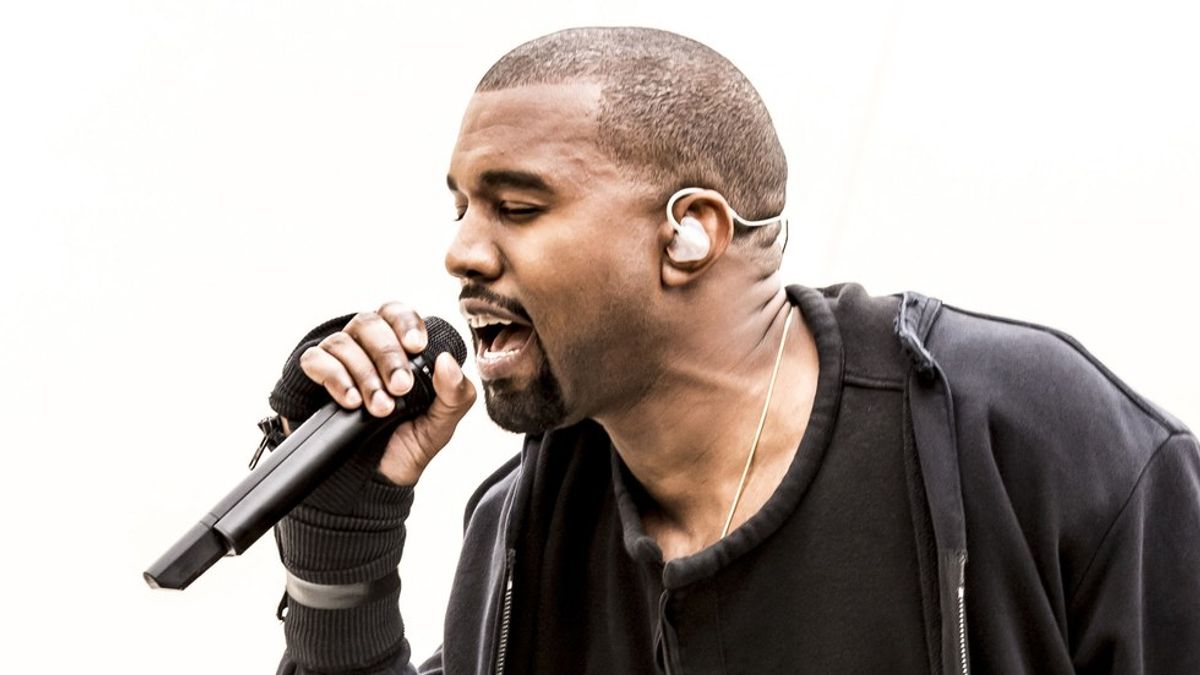 Mr. West has his fair share of duds (In a French-ass restaurant/ hurry up with my damn croissants), but the most famous rapper of the 21st century is a goldmine for interesting lyrics. Some are ridiculous, some are thoughtful, and all could only have been delivered by the self-proclaimed rap genius. So, sit back and enjoy seven of Kanye’s best lyrics.

This incredibly-catchy line punctuates one of the 21st century’s most anthemic songs. Despite its notorious chorus, Gold Digger is a song anyone in the world can instantly recognize and song along with. Even the South African clubs I visited played Kanye’s classic every night, and this line was the one everyone in the room would yell at the top of their lungs.

“Every interview I’m representing you, making you proud/ reach for the stars so if you fall you land on a cloud/ jump in the crowd, spark your lighters waive ‘em around/ if you don’t know by now I’m talking about Chi-town” –Homecoming

As a man who directly refers to himself as ‘a god,’ there are not many things Kanye holds sacred. Chicago, though, clearly holds a special place in his heart, and you can hear Kanye pouring his heart and soul into Homecoming. This line flows perfectly over a lively piano sample and punctuates the songs message of love and inspiration for his favorite city. With each album in his career, Kanye seems to dive deeper and deeper into dark, industrial sounds; but this line from his third album is a great reminder of the heart that Kanye can fill his music with.

“I said mommy, I’mma love you till you don’t hurt no more/ and when I’m older, you aint gotta work no more/ and I’mma get you that mansion that we couldn’t afford” –Hey Mamma

Chicago may hold a special place in his heart, but Kanye’s mom was likely the most important thing in his life. His work got progressively darker after her death in 2007, and the carefree Kanye who used a live performance on Oprah to sing a song about how much he loves his mom is likely gone forever. This lyric, though, is a great reminder of Kanye’s humanity, likable side and spectacular passion for the things he loves.

People like to knock Stronger; saying that Kanye just stole the infamous sample from Daft Punk, but the truth is Kanye took a good sample and made it into a great song. I can’t think of any rapper who uses samples better than Yeeus, and this line shows exactly why. Kanye’s chorus complements the sample perfectly, showcases the fun-yet-angry persona Kanye was developing at the time, and resulted in one of the biggest hits of 2007.

You might not have noticed, but Kanye has a tendency to speak his mind, regardless of the consequences. Here, he tackles the topic of racism in a way no rapper had before, drawing from his own life to highlight the new forms of racism developing throughout the 21st century. The level of honesty and personality included in this lyric help lend it gravity, and produce one Kanye’s best social critiques (right behind “George Bush doesn’t care about black people.”

“My childlike creativity, purity and honesty is honestly being crowded by these grown thoughts/ reality is catching up with me, taking my inner child I’m fighting for custody/ with these responsibilities that they’ve entrusted me/ as I look down at this diamond encrusted piece” –Power

Considering the size of Ye’s ego, one would imagine he struggles with self-critique. Instead Kanye has consistently shown that he can be remarkably self-aware. This lyric lays bare the internal debate fueling the evolution of Kanye’s music, and work to put the listener in the shoes of the most popular rapper on the planet (at the time). Plus, there is no denying the simple beauty of these bars, especially considering they come from the song in which Kanye metaphorically put on the rap crown.

This is probably the most well-known Kanye lyric of all time, and really needs no explanation. In short: you can hate him all you want, Kanye knows he’s great at what he does and doesn’t need to pretend to be someone he’s not.