Why Bernie Will Seize 2020
Odyssey

A few reasons Bernie holds the key to the 2020 victory 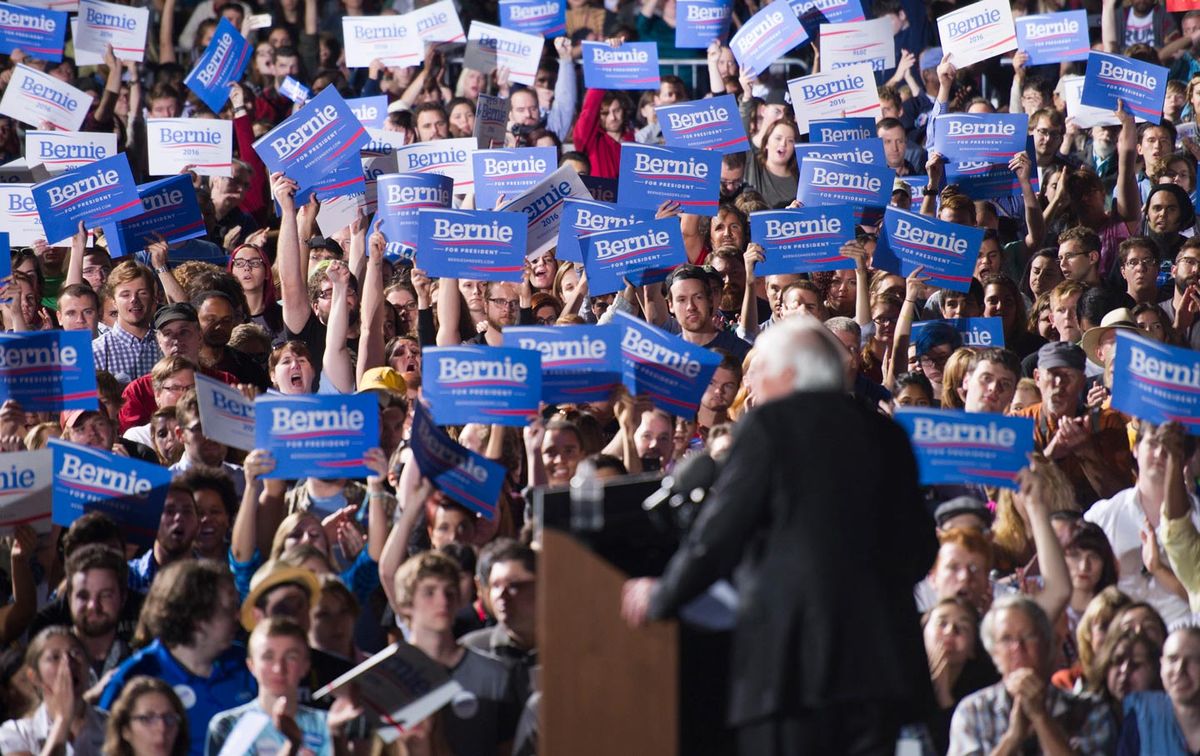 I wearily kept my eyes open, my sight glued to the pale light of the television. I looked down at my laptop. It was 4 in the morning. On the T.V., a host of commentators announced with growing despair the electoral numbers rolling in on that chilly November night.

The estimates had been wrong: dead wrong.

Nearly all the major news networks, political agencies, talk show hosts, and virtually anyone with a microphone and a following were confidently predicting Clinton's domination of the voting booth, and I had been paying close attention. I even wrote an article proclaiming, however reluctantly, that Clinton would win.

That did not happen.

The next morning, there was a tidal wave of commentators, some recognized, some crawling out of the woodwork, attempting to make sense of this dark horse victory. But I slowly came to realize that maybe this election wasn't about Trump. In fact, it was about someone who was corruptly discarded by the Democratic National Committee in order to see that he would not survive the primaries: Bernard Sanders.

And the rest is history. Debbie Wasserman Schultz pulled the strings to ensure that Clinton would be the one to take on Trump. November happened. Now both Clintons are being tossed under the bus after Hillary announced her unwillingness to run again and the reaper of sexual assault charges is floating towards Bill's past, the Democrats are left with a leadership void.

Contenders for the throne include Elizabeth Warren, Kirsten Gillibrand, Chuck Schumer, and a host of other smaller voices grasping for relevance. But Bernie victorious, for two reasons: his betrayed base and his persona.

Despite the Clinton campaign's best efforts to salvage the DNC scandal last year, peddling out the slogan "Stronger Together", I believe there was still a significant portion of Hillary voters who would much rather have seen Bernie on the ballot and did not soon forget what happened. In fact, there was a substantial amount of Bernie supporters (12%) who went so far as to undermine Hillary by voting for Trump in the general elections, according to NPR.

At the end of the day, Bernie supporters saw Clinton as weak, and their own man unjustly betrayed. These two sentiments can create a very powerful blowback, in time.

Bernie's persona will also prove a powerful antidote to the reckless vulgarity of Trump, as well. If he runs in 2020, he has everything going for him in this arena. Even among his fervent base, Trump's persona is not seen as virtuous by many. Bernie, by contrast, is seen as a man of the people, however inaccurate that may be. Even during the primaries, an image of him protesting alongside a black man during the civil rights movement, further reinforcing this positive image.

Another example is him allowing black women to unexpectedly take the stage for a few minutes at one of his primary rallies, standing respectfully by as they spoke into the mic. This was contrasted with a Hillary rally during the primaries, in which something similar started to happen, but her security team quelled it before they could reach the stage, which is for these types of events. Nonetheless, he was depicted as someone who stood up for ordinary people.

All things considered, if he runs in 2020, I believe he will win, no matter how much I may disagree with his policies and rhetoric. Time will tell. But Bernie's not going anywhere.

Caitlin Marie Grimes
University of South Florida
10311
Beyond The States