The Benefits Of Forming Art Appreciation

They're more present than just a canvas and paint. 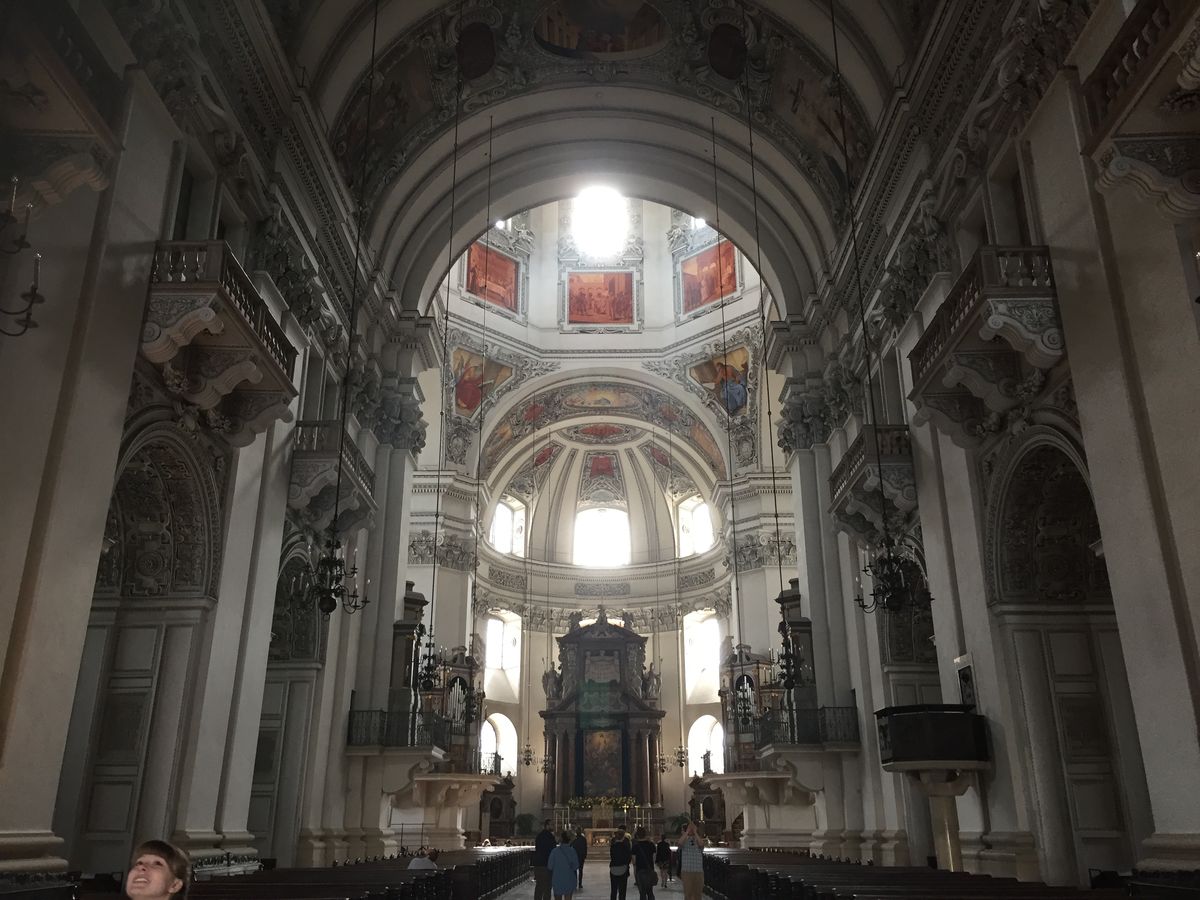 In my last article about wishing I was bilingual, I mentioned that I had recently traveled to Europe. A class I took this past semester on the Baroque period ended with some travels to Italy, Austria, and Germany to look at the origins and effects of the Baroque culture. While there, I experienced more than my fair share of incredibly fun times as well as beautiful sights, such as this, which is from the top of a mountain outside of Salzburg, Austria:

Yet, I did gain something I do not think I would have if I did not sit on that plane to get there. In pretty much every city we went to (Florence, Venice, Salzburg, Leipzig, Dresden, Eisenach, and Berlin), we stopped by to admire some sort of art, architecture, etc. I had always been interested in looking at architecture and imagining what it would have been like to live or work in these different buildings. However, art was a different story. Sure, I would often tour a gallery or museum and glance at the pieces that caught my eye, but nothing much more than that. Even in the very first place we toured (the Uffizi Gallery in Florence, Italy), I almost shed a tear looking at some of this artwork. Specifically, I almost cried when I turned the corner and saw this masterpiece, "Adoration of the Magi" by Leonardo da Vinci:

Even though we spent over three hours in this museum alone, I would have wanted to walk around longer if I did not feel the strong desire to sit down for a bit. I had never before experienced such joy and amazement when analyzing art before.

It was not even the extremely well known ones either! In Venice, I stopped by the Peggy Guggenheim Museum, which was filled with pieces of abstract and surreal art. I found myself enjoying the exhibit immensely, even though I had never been into art like that. This was one of my favorites:

Just something about the impossible smoothness of it (since it seems like it is made of just dots of paint) created a feeling of calm when I first laid eyes on it.

It was after leaving this gallery that I realized how much I just wanted to walk around, look at art, interpret it in my own way, and then maybe see if the museum gave any information on what the artist wanted the piece to be.

Additionally, I think this new appreciation for art and the world of the mind put into almost physical form led me to enjoy nature a great deal more. I found myself just taking walks by myself to see how the mountains rose, how the water flowed around me, or how the man-made paths did not hold a candle to the trees or bushes surrounding them (at least I would hope they would not!).

Overall, I am thankful for the trip for many reasons. I tried new foods, became close with people whom I probably would have never gotten to know as well, and was able to see how these cultures so far away from our own flourished and still flourish greatly. Yet, I definitely need to thank the trip and the people who organized it for allowing me to not only see and experience these wonderful things, but also for giving me the opportunity to grow and strengthen my own emotions and view on the world.

Until next time, Europe!