A Review Of Ben Rector's Magic

For my first Odyssey article, I wrote about Ben Rector and how he was my first love. I wanted to revisit the topic of my favorite musician with a review of his latest creation. 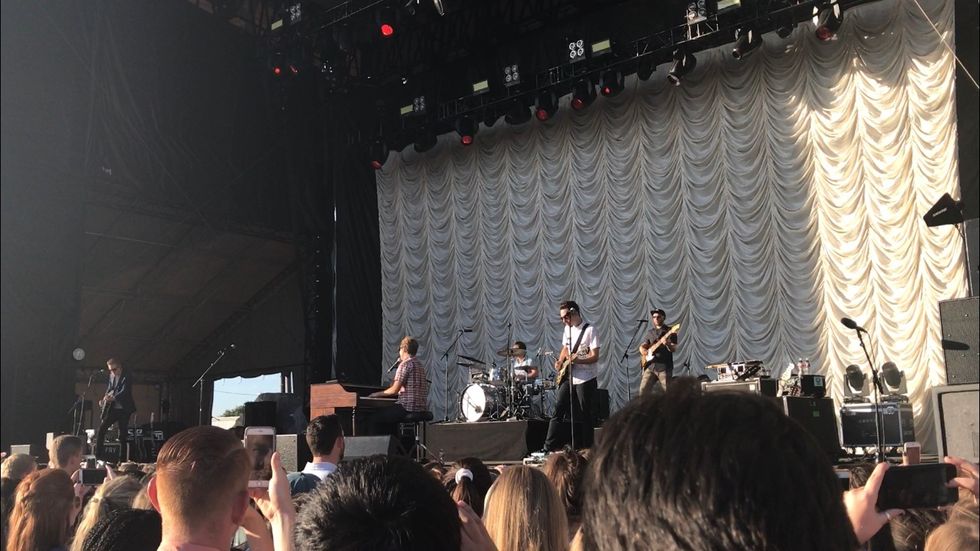 On June 22nd, Ben Rector released his new album "Magic." It had been a while since he had made some new music because he was busy having a baby among other things. Being the hopeless romantic that I am, I was beyond excited to hear the influence his little baby, Jane, had on his songwriting.

For my first Odyssey article, I wrote about Ben Rector and how he was my first love. I wanted to revisit the topic of my favorite musician with a review of his latest creation.

My family always joke that I have my whole wedding planned to the T (minus the groom of course) but they aren't wrong. When I heard this song, I imagined it playing during my first dance. At the very least, it has to be on the playlist.

2. I Will Always Be Yours

I'm not going to lie, I have no idea who or what this song is about but I love it. It was one of the first songs he released on the album and it's great. The catchy chorus and clever background instruments make it hard not to love this song both for its sentiment and composition.

Whether he meant to or not, Ben made the song "Drive" the PERFECT driving song. It has an uplifting chorus, a catchy beat, with just enough base not to blow out your speakers. Summer road trip playlist sorted.

Ben talks about how it isn't possible to "make old friends." It makes me think about the past and the future and all the people that have made an impact on my life thus far. His music video is by far one of my favorites.

Happy. It is as simple as that. When I first heard this song, I immediately thought of my twin sister and how we are definitely an iconic duo. She is the Joey to my Chandler, and the Lennon to my McCartney. Despite living halfway across the world, she is always there. I'm so lucky.

The number of times I have turned the volume up way too loud and danced my way down the highway to this song is impossible to count. It reminds me of everything I loved about a child while still being insanely catchy. Good work, Ben, this one is a winner.

I wasn't sure what I thought about this song at first. It is beautiful and soothing but I didn't completely understand what story he was trying to tell. Several listens later, the dual meaning of "green" became apparent. I discovered that this song describes one of his purest memories of being young and in love.

"Sometimes" is Ben looking back on a past relationship and how despite his current happiness, it is okay to wonder about what life would have been like if they were still together. I've learned that it's okay to think about how different your life could be if you had made some different decisions. I have lain awake at night thinking about my college choice many times but just because I wonder about that, it doesn't mean I'm not happy where I am now.

When I first heard this song, it made me think of my dad. While I don't know for sure what Ben wrote this song about, I love that I was able to find meaning in his lyrics that related to my life. My dad has shown me over and over again as I have grown up that he will always be there. He may not say it exactly using words but he has never failed to show up for me when I needed him the most. I have no doubt that as I grow further into adulthood, he will be by my side.

You would think after seven albums you would have nothing cute left to say about your wife. But he does it again, with a song we all wish someone had written for us.

Ben discusses his struggle with getting caught up in his career openly and honestly. He comments that he has "forgotten how it feels to chase a dream." This box of first CDs that he found in his house reminded him that although it is hard to be away from home on tour, he is living the dream he worked so hard to achieve.

"I used to want people to love me so I learned how to sing, then I thought I wanted money so I could buy nice things, and when I found it, it was as empty as could be… I want peace, it's where I am now." This song speaks for itself.

This may be the next "Isn't She Lovely" because this incredibly adorable song about fatherhood is honest and real. My favorite lyric is: "I love the way you've changed me from a boy into a man."

I did my best to encourage you to go listen to Ben's latest masterpiece. He truly does just keep getting better. I found out recently that Ben Rector is coming to Atlanta in November. After exchanging some excited texts with my friend, Daniel, we looked online for ticket sales. We found general admission seats, spent some dog-sitting money, and bought tickets for a concert I have been dying to see for months. Rest assured, I'll write an article about it.