Reflecting on Northern Virginia after leaving it for so long 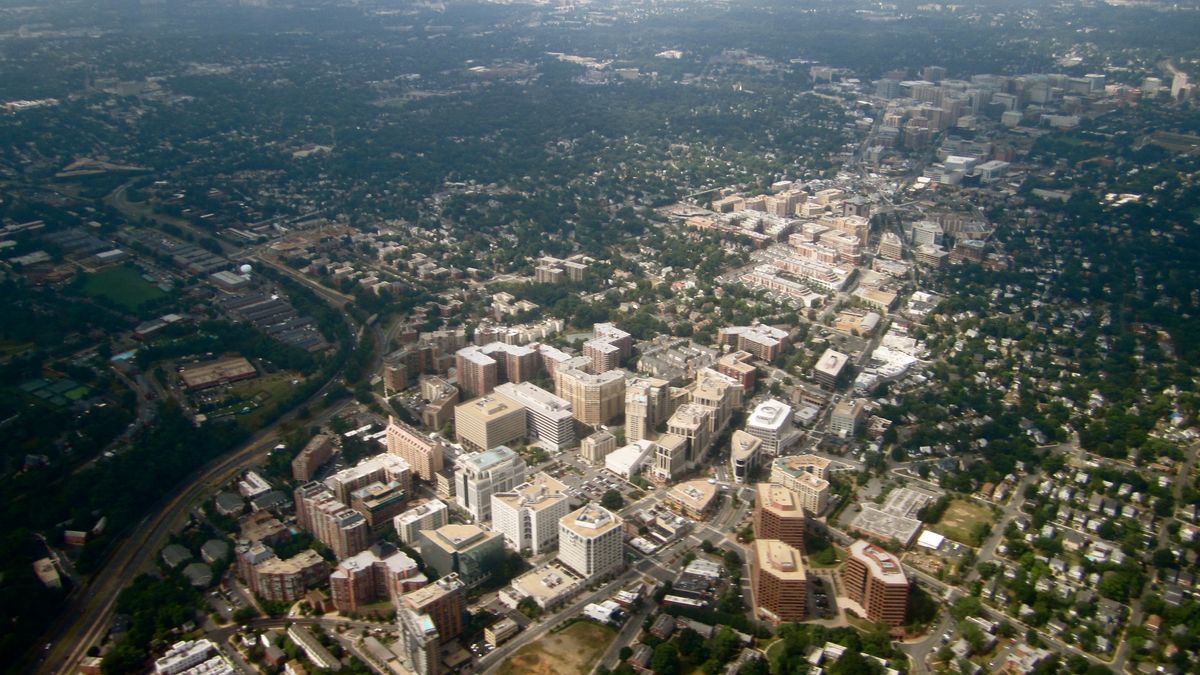 The Alexandria Amtrak station, just in front of the towering Masonic Temple, is always the first thing I see of ‘home’ when I return from Williamsburg. It’s not really home; Alexandria is... not Arlington, but I digress. Arlington is up the road, where King Street becomes Leesburg Pike - it is still a sign of beltway sprawl.

Being away from Northern Virginia for so long has made me look back on whatever regional identity it might have. My first impression is that it doesn’t really have one. It’s very much a modern creation, its suburbs having arisen when the Washington bureaucrats needed grunt work done in the New Deal, then World War II, then defending the West from Godless Communism.

That growth is what transformed what was sleepy farmland with meandering roads named after Confederate generals into sprawling suburbs, with named such as ‘Pentagon’ and ‘FDIC’ and ‘Langley’ becoming as part of a specially regional lingo as the national discussion of politics.

But I’ve thought about it, and have concluded that surely there is some identity in these few counties. I was once going wreath laying at Arlington National Cemetery with a group led by a man from Michigan. This man would refer to “going to Arlington” when talking about the cemetery, and my overwhelming urge, combated by my sense of diplomacy, was to tell him that ‘Arlington’ is a county of some two hundred thousand people, and not just a necropolis.

There’s also the duality between native and transplant. Even in my own family it is apparent. My father came from a decaying industrial town on the Wisconsin shores of Lake Michigan, and to him, this garden-and-fencepost existence is a significant step upward from the nigh-moribund factory town whose steel has began to rust. To me, this existence of being within walking distance of nothing more interesting than a 7-11 and a park I’ve been to a million times is beyond stifling.

That’s the thing that strikes me about the place returning home for break with jack-all to do: Northern Virginia, for those without easy transportation options, is downright god-awfully boring. You can drive, or you can uber this way and that way, spending little bits of money digitally to get to a Peruvian chicken restaurant, which I consider to be one of the most convincing reasons to move to Arlington County, or to Glen Echo Park up in Maryland. And a lot of the interesting parts for those who like anything more than getting plastered in Clarendon or hiking around the Cemetery are nowhere near the Metro, be they in Virginia or Maryland or the District.

So I wonder what the defining point of all this is. The Beltway was kind to me in many ways, but unkind in other ways. I got a top-of-the-line high school education at the school where Sandra Bullock went in her adolescence, and I am to this day grateful to Arlington County for that. But in some ways it stifled me, alienating me from a culture that wasn’t knee deep in cynicism and therefore out of step with what seemed to be the rest of the world. I suppose what we say up there is right: in the Beltway, reality doesn’t apply.