Never be afraid to be yourself. 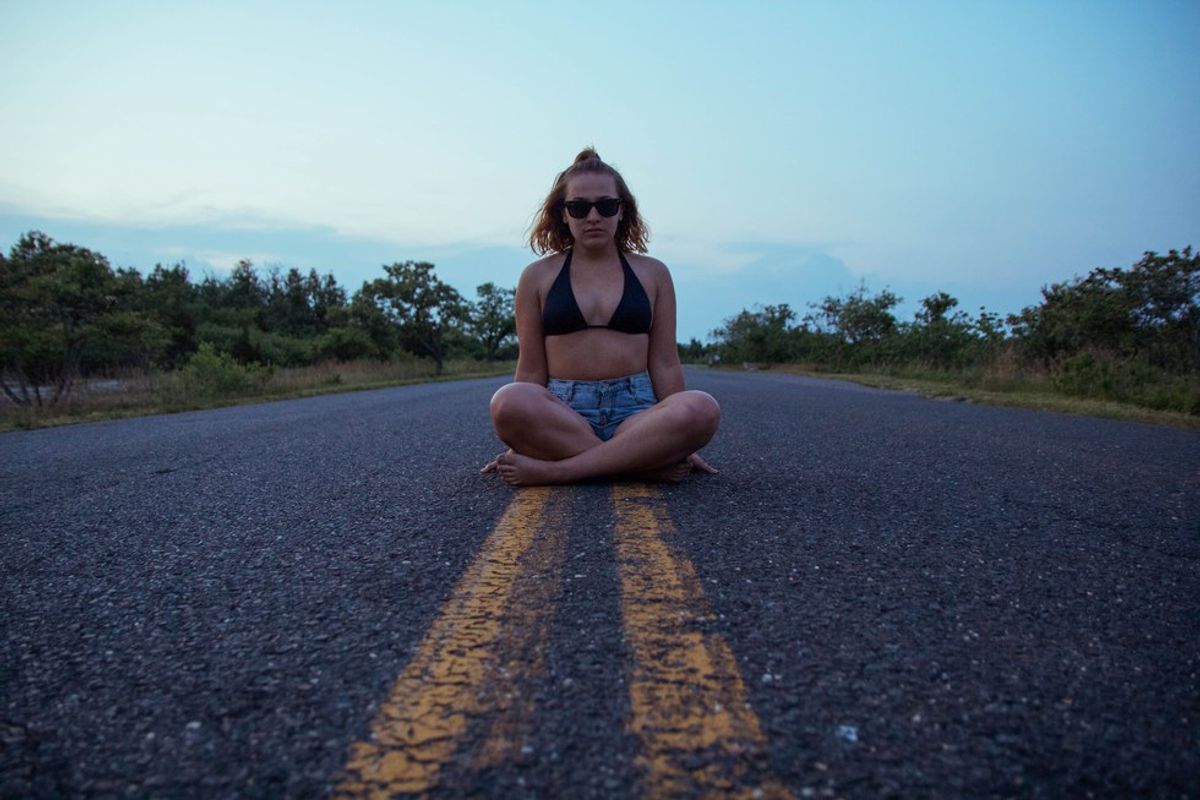 Being raw is being real, and real people are hard to come by since we live in a society that adores conformity. People seem to dress, act and even feel the same to fit in.

Somewhere on one of the pages of this crazy book we call life, we were told that something about ourselves was wrong. Maybe it was a slight frown from a stranger or maybe one of your classmates in second grade told you that it’s not cool to like to read and write. You might not even remember what exactly it was that made you think this or maybe you lay awake at 3 a.m. cringing at the memory and agonizing over the idea of not fitting in. But for some reason, whatever it was, it was more than enough to make you wish you were different-- or maybe not so different.

If you ask someone what he or she would change about herself you will hardly ever get somebody who says, "Nothing, I love who I am just the way I am."

When did it stop becoming okay to just be you?

The thing is, most of the things people have said they wish they could change about themselves are the parts of what makes them who they are. I can remember talking to a good friend as she was expressing her feelings towards a boy. "I wish that I didn't care so much,” she said, “I wish I could just turn it off and not care at all, the girls who can do that are so lucky"

It is absolutely heartbreaking; the fact that she cares so much is what makes me love and appreciate her. And that's the entire point of this-- the things you may hate about yourself, the things that someone made you feel were wrong, there’s someone out there that loves you because of them.

As a generation, we spend a vast amount of time on our social media platforms, day-in and day-out. People spend more time worrying about how many “likes” their posts will get rather than realizing it does not matter, at all.

The validation people seek to receive from social media is unhealthy; the only acceptance that is important is our own and that which comes from the people we love in our lives, not the followers. It's human nature to want to be accepted by others, but trying to receive it through posting pictures or statuses that don’t reflect who you are as a person isn't the way to go about it.

Being real with yourself leads you to create stronger bonds with others, as well. Not only are you being true in your actions, but also in your emotions. When we are able to open up emotionally to others and truly let them in, it creates a deeper connection.

Being entirely open emotionally is more powerful than doing so physically. It is easy to take off your clothes, but expressing your emotions, to truly get naked, requires more courage and trust. Of course, it isn't always easy to express ourselves, but that's what makes us human.

We care so much about what other people think of us and not enough of what we think of ourselves. Over the past few months I’ve embraced who I am. I’m wild, impulsive, and slightly reckless. I’m passionate.

I spent years hearing that all those things were bad and unlovable, and all it took was one person to make me think that I shouldn’t be me. So I tried to be sweet and quiet. I became someone I didn’t recognize or even like, I ended up being weak.

Don't be afraid of being yourself or exploring until you find peace within yourself. Once you feel comfortable in your skin, share it with others, unapologetically.