Being a Psycho Girlfriend is Out of Style
Odyssey

Being a Psycho Girlfriend is Out of Style

There is Nothing More Unattractive Than Being Crazy 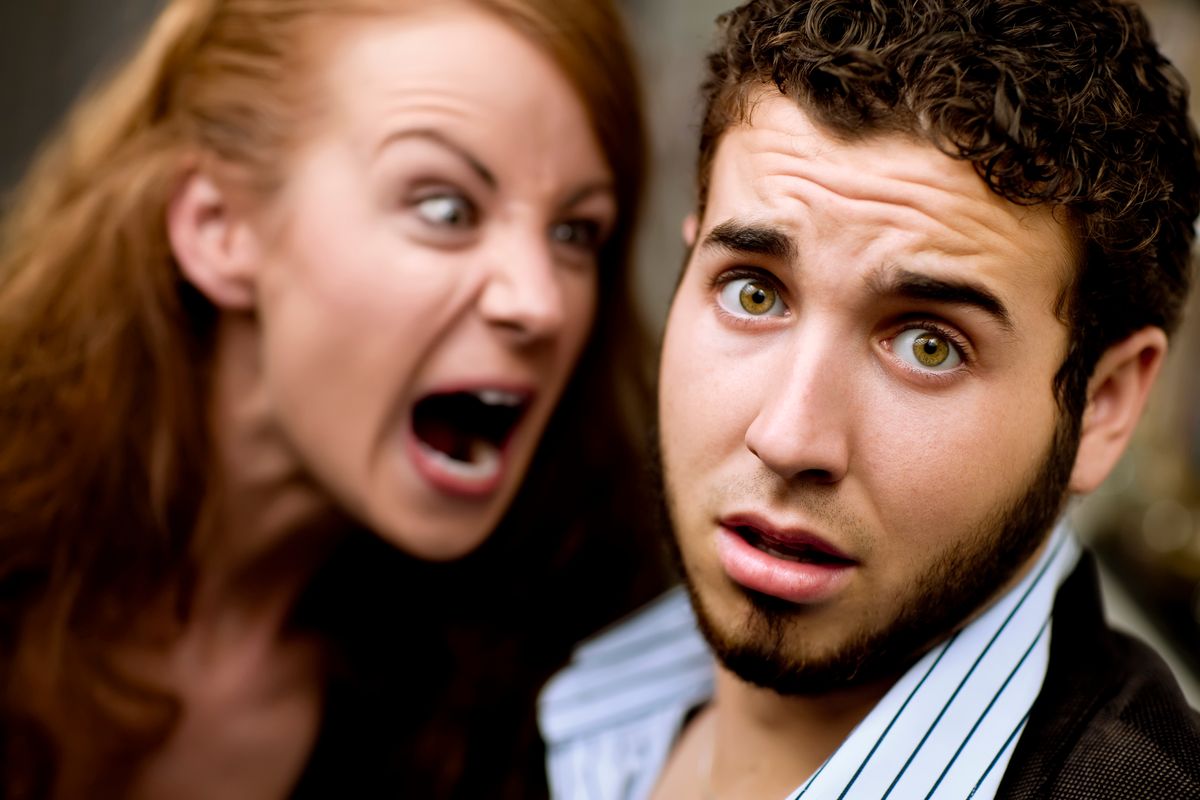 First of all, who even thought being a psycho girlfriend was in style? There is nothing more unattractive than being crazy. Trust me, been there, done that. Looking back, I now realize that acting so idiotic over someone who no longer even matters to me anymore is stupid. There is a girl who I went to high school with and we actually call her "Crazy", because of the way she acts to her on again, off again on again boyfriend. And, I am sure in 40 years we won't be able to remember her real name, but we will remember her nickname.

When you first start talking to someone you don't know much about this person, including their history of girlfriends or hookups. When you're talking, it isn't that big of a deal, because you aren't even official yet. Once you start dating, your inquiring mind might think that you have to know. But, you don't, and it is probably for the best that you have no idea about their exes. Perhaps you are a level FBI stalker and do find their exes on social media, which I do not recommend, then one of three things will probably happen. 1. You will get a false sense of what your man wants and think you have to be like her. 2. You will start comparing yourself and notice you are different and wonder if he even really likes you. 3. You will forever have that picture in your mind and will constantly wonder if he low key wishes he was with her, because he never posts about you the way he posted about her.

Instead of this happening, and have your self confidence plummet to an all time low, save yourself and don't look. You should not even care about his past. If he wanted to be with anyone but you, he would be. Hopefully, he is smart enough to know that their relationship ended for a reason, and there is nothing left for him there. If he doesn't, and is still messing around with his exes, then leave him. He does not deserve someone like you, and you do not deserve to have the title "crazy" over a silly boy.

I truly believe that men are the reason women go crazy. They do some of the stupidest things, such as cheat on us and then wonder why we freak out. Instead of freaking out though, be the mature adult that you are and leave. Do not even allow time for an explanation or for him to feed you lies about how much he loves you. Because, someone who loves you, or even respected you would never cheat on you. And, if he loved you, he would have never done anything to jeopardize your relationship. I have been the girl who went crazy after being cheated on, trust me, you will regret the way you act later. Do not make yourself look like a fool over a loser, because anyone who cheats is a loser, and I know you are so much better than being associated with a loser.

You know those girls who are always with their boyfriends? Like even, when it's supposed to be guys night, and then it gets ruined by the crazy girlfriend. Then eventually his friends get annoyed that you always invite yourself that he doesn't even get an invite anymore. So, when you guys break up, because you will break up once he realizes how psycho you actually are, he won't have any friends, and neither will you. I'm not exactly sure what the issue is, whether it's they don't want to be away from him, or they don't trust him, or maybe he isn't allowed to have fun without her? I don't know, but as much as I love my boyfriend, sometimes, I just need alone time. And, I want him to go out and have fun with his friends, just as I know he wants me to hangout with mine.

I think we all know that guy that deletes every single girl off of social media once he gets a girlfriend, but behind that guy is a psycho girlfriend. I always know when they break up though because I begin to get friend requests or he starts to follow me back. I totally understand not wanting your boyfriend to be texting girls all the time or hanging one on one with each other. But, it is insane to expect your boyfriend to cut absolutely all ties with anyone female. I truly do not mind if my boyfriend talks or hangs out with other girls (as long as it is with a group), because whats the point in even being in a relationship if I don't trust him? If something ends up happening with him and another girl of course I will be upset. But I will be happy that I found out he wasn't loyal before we became something more serious.

Snooping on your boyfriends phone is low. Once again, what is the point in being in a relationship if you can't trust each other. If your boyfriend is being shady, put a new lock on his phone, and all of the sudden is working a lot of over time - snoop. But, if you are just snooping to snoop, then don't. I have checked someones phone and found multiple messages, which is why I checked his phone in the first place, because I think deep down I knew. But, I have also checked someones phone and found absolutely nothing. And I highly doubt it was because there was deleted messages, it was because there was nothing going on. I am in a healthy relationship, and after finding nothing, I promised myself I wouldn't violate his personal space again. I know even though I haven't done anything wrong I don't want anyone to go through my phone either.

Have enough respect for not only you, but your partner, to not be totally crazy. If you are in an awesome relationship then there is no reason to be crazy!!!! Being crazy is not cute or cool. Theres a good chance that behind your back he is plotting how to get away.

Emma Hyatt
3754
The Truth About My Parents' Divorce