Being Pro-Choice Means No Exceptions
Odyssey
CurrentlySwoonLifestyleHealth & WellnessStudent LifeContent InspirationEntertainmentPolitics and ActivismSportsAdulting
About usAdvertiseTermsPrivacyDMCAContact us
® 2023 ODYSSEY
Welcome back
Sign in to comment to your favorite stories, participate in your community and interact with your friends
or
LOG IN WITH FACEBOOK
No account? Create one
Start writing a post
Politics and Activism

Being Pro-Choice Means No Exceptions 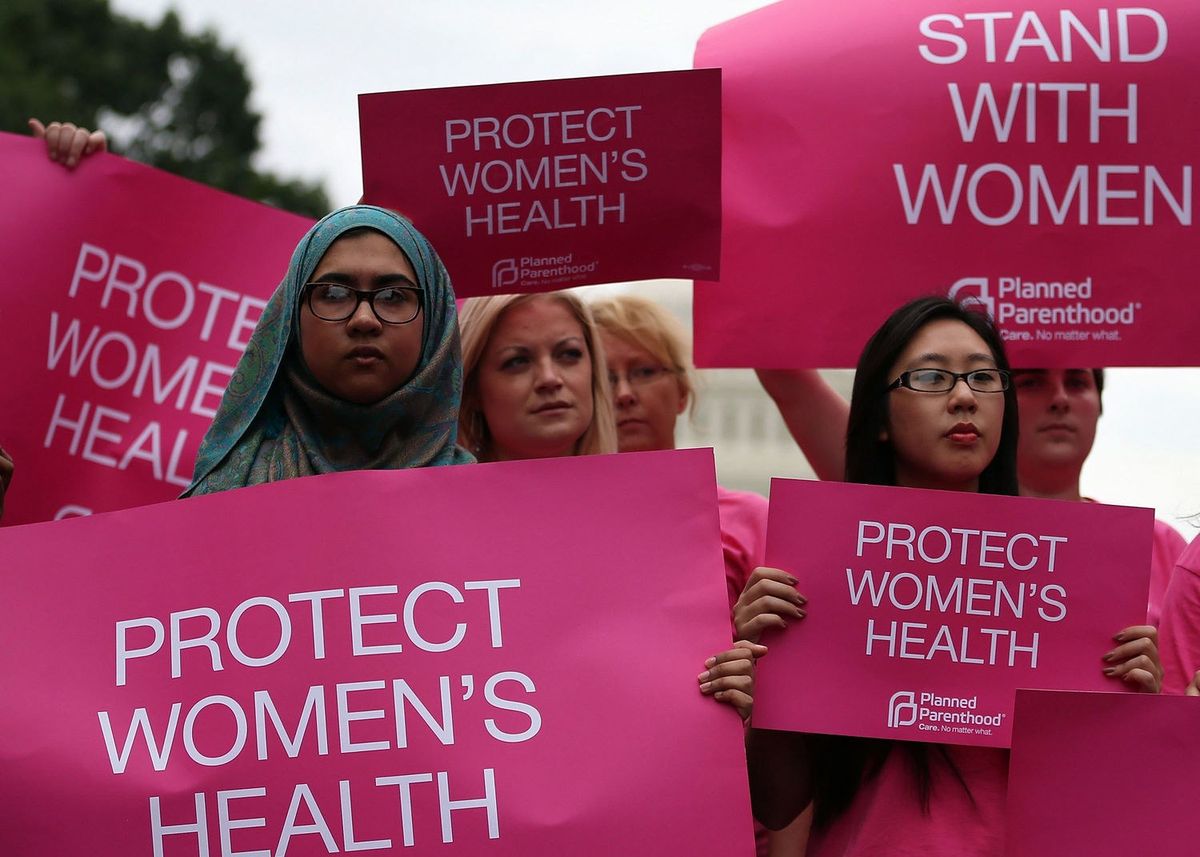 Details are finally starting to emerge surrounding the secretive Senate healthcare bill. In that plan is a detail we all pretty much knew was coming, but the implications are still jarring: slashed federal funding for Planned Parenthood and all medical services provided there for a full year.

Women are already unable to use federal tax credits to fund their abortion unless the GOP has decided it is a case where it applies, since only men are allowed to determine when an abortion is legitimate (and yes, only male Senators are working on this bill). But, as with everything with this “healthcare” bill, they can’t just leave it at awful. They have to fast-forward to catastrophic.

Since I follow a lot of feminists on social media, I have seen a lot of buzz surrounding the impact the GOP bill is going to have on women, such as how Medicaid cuts hurt low-income women specifically, or how allowing states to get out of ensuring essential health benefits on insurance plans could slash maternity and birth care, but the Planned Parenthood cuts have gotten special attention.

And it should: defunding Planned Parenthood is a direct attack on accessible healthcare for women. Women use tax credits to get affordable healthcare coverage at PP, such as birth control and other family planning, breast exams, treatment for STDs, and sex education. Men have access to several provided services as well.

Abortions are a sticky subject, even for those who claim to support access to them. A lot of the posts I have seen defending Planned Parenthood have gone out of their way to stress, over and over again, that abortions are not federally funded, that abortions make up only 3% of PP’s services, that they only support abortion but would never get one, etc. This is a terrible idea.

At first, I was on board! I thought it was a way to appeal to the GOP, to help them see that they could be both anti-abortion and pro-Planned Parenthood. But it didn’t work. It will never work.

The GOP will continuously attempt to defund PP as long as abortion remains firmly on their list of available services, and they show no signs of bending to their demands to take it down. If PP only performed one abortion a year, that would be enough to earn them the title of monsters in the GOP’s book.

Therefore, all you’re doing when you claim to be pro-choice but spend all your time bashing abortions is hurting the women whose bodily autonomy you claim to be protecting. You are agreeing with the GOP that this is a monstrous procedure, one you find too abhorrent to get yourself, but you want to make sure it exists because what about rape, and what about incest, and what about the mother’s safety, and on and on it goes. So let’s get this straight.

An abortion is a medical procedure. Whether an abortion is performed in the third trimester to save a woman’s life, or in the first because a woman discovered she was pregnant and does not want to have a child or take on the real risks associated with pregnancy, it is the same. It is a medical procedure just like any other that serves to preserve female bodily autonomy in a society in which that is constantly under attack. We deserve access to safe abortions in medical facilities, not botched ones performed by fake doctors in back alleyways that arise from shame surrounding our rights to our bodies. Let's be clear, there is no way to eradicate abortion, only to drive it underground and kill women in the process.

Stop making posts that are supposed to defend pro-choice stances and spend your whole time describing “approvable” reasons women get abortions or outlining how you could never, ever get one. You are demonizing women just like the anti-choice crowd does, and it hurts more because you’re supposed to be the side that protects women who had to make that decision.

Yes, we need birth control readily accessible to women at affordable prices or included altogether so that the need for an invasive procedure that becomes more difficult to obtain every day is rendered almost unnecessary. Yes, there are women who have to face the decision of having an abortion even though they desperately wanted a baby because of medical complications. But we can say those things without going on and on about how abortion is something icky we just happen to need, instead of something we need to continuously and vigorously defend.

Women who obtain abortions are not monsters, but brave women making the decision they know is best for them. Doctors who perform them, especially in this political climate, are heroes. Nothing more, nothing less.