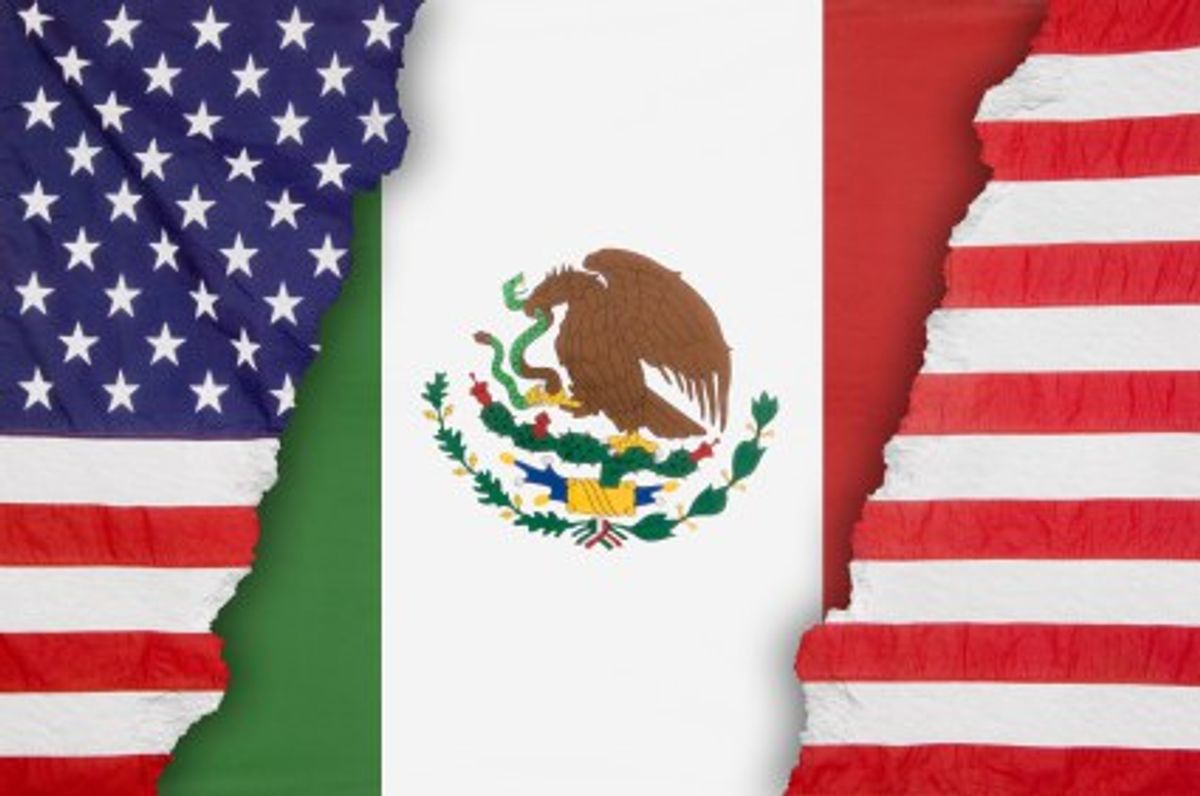 “Being Mexican-American is exhausting.” Was one of the lines that must stuck out to me while watching the film "Selena." The conversation happens in the car when her dad is talking to her about doing interviews in Spanish when Selena is not fluent is Spanish. Mr. Quintanilla was right. Being Mexican-American is exhausting. You have to keep up with two different identities while making sure not to delve too deep into either.

Being born in the United States, I am automatically a citizen. I am an American. But according to society, I’m “too” Mexican to be American. My complexion is too dark to be American. My dark hair and dark eyes are too Mexican to be American. I’m Mexican, therefore, I can’t be American. I didn’t learn English until kindergarten but I picked up it up relatively fast. My parents were firm believers of teaching me and my brother Spanish first. But even so, when I stumble on a word in Spanish or don’t completely translate it right or if my fast speaking nature gets me tongue tied, I’m looked down on. It’s like “How dare I not have perfect Spanish?”

Yet it’s not always just the language barrier that is a struggle, there are constantly stereotypes and racial slurs being put on us everyday. Being from the south, I had to work extra hard at breaking this. No not all Mexican’s are illegal. Sorry Trump, we are not all the criminals, drug dealers and rapists that you claim us to be. Also, just because a person isn’t white doesn’t mean they’re Mexican.

Pick up a map, or invest in a globe and learn your countries.

There are so many other ethnicities besides Mexican, and it is not fair to group them all together.

No, using the term “wet back” is not okay.

No, using the word “beaner” is not okay.

No, using the word “Mexican” as a means to insult me is not okay.

This idea that I can’t be one fully with insulting the other culture is painful. It’s a tug of war of who I am as a person. Yes, I love hot dogs but I also love tacos. I love to dance to Mexican music but I also know every Kelly Clarkson song ever produced.

Instead of trying to assimilate us to be fully “American,” (which is a false hope because America was created on different ideas and cultures), try appreciating the culture.

And no just because I like to do things that are considered out of culture-norm for being Mexican, doesn’t make any less Mexican. I know the words to the national anthem and sing them loud and proud anytime there is a Mexico game on. As Mexican-Americans and more importantly as first generation Mexican-American, we are not trying to get rid of our Mexican culture. No, we are not trying to be white, act white or look white. What we are trying to do is find a balance. We are trying to be proud of the red white and blue and also the red white and green.

Own you who are. You are twice the person with twice the holiday, and twice the food.