Are you really being kind or just compensating?

Are you really being kind or just compensating?

Could it be that every kind thing you've done has an ulterior motive? Are you being kind or just trying to atone for some past grievance? 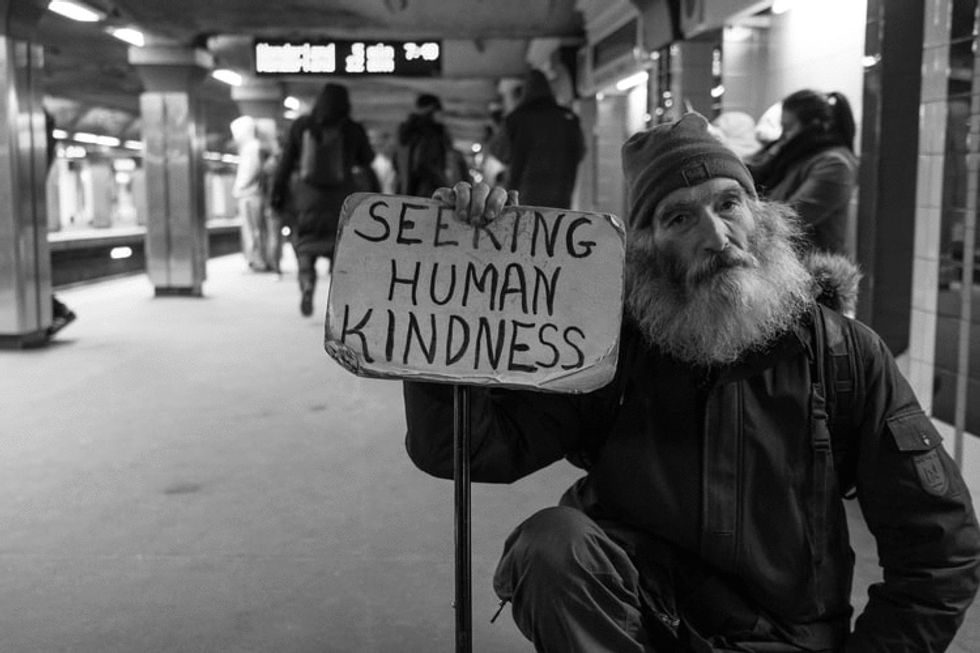 Think about a time you did something nice for someone else. It could be holding the door for them, paying for their coffee when they forget their money in their car, etc. Now think about your motives for doing this. Was it solely to be a nice person and put some good energy into the world? Or is there another underlying motive?

Altruism is the idea that every kind act we perform is entirely selfless and is performed regardless of its impact on our lives. For example, holding the door for that one person was something you did solely to make someone's day better and for no personal gain. When you bought someone a cup of coffee, you did it to relieve them of their anxiety about not having the money to pay. If you're being altruistic, you did not buy them that cup of coffee to make yourself feel better by doing a good action, to compensate for feeling guilty about some other area of your life. It was solely to do a good deed, nothing more and nothing less. Altruism could be described as throwing yourself in front of the train to push someone else out of the way.

This topic came up in my life recently while at a physical therapy appointment. My physical therapist, Dr. Mike, and I tackle all of the world's most pressing issues at my appointments. So far, we have not solved any, but, boy, do we have opinions!

"Okay, so, altruism," he began the conversation. I asked him to define it as I did not know what it was. He said, "It's the idea that you do not do anything for any personal gain of some form."

"It doesn't exist," I replied. "Whether people know it or not, everything we do has some ulterior motive. It's in human nature to be selfish."

As a psychology student and a human being, I believe there's no way people do things just to be nice. Maybe this is the pessimist in me, but I feel that ,in general, people are constantly trying to atone for past faults and feel better. If you could not get closure regarding a situation in which you were wrong, you can boost your self-esteem by doing nice things for other people in a way that almost mirrors displacement. I don't consciously think about ways I can make myself feel better for past mistakes, but I think a part of us all looks for times to shine.

For example, say I lend my pen to someone in class who doesn't have one. On the surface, I just look like a sweet girl willing to give to others- and this is subconsciously why I do it. Someone needed something and I gave it to them, sure, but it made me feel good to do something nice for someone. I also now have an established reputation with this person of being nice, which makes the part of me that longs for approval leap for joy.

It makes you wonder- what would our world look like if every action was altruistic? Would our selflessness become fatal by landing us in life-threatening situations? Would the human race still exist without the primitive instinct of survival? Is it really genetically possible to not be constantly selfish in some way?

I asked my dad about this topic to see what he would say about it. Just about every Saturday morning, we stop at the Wawa down the street from our home to grab coffee and hot chocolate, and every time we go, he always goes out of his way to hold the door for someone and tell them to have a good day. When I asked him what he thought about his actions, if he was trying to offset past failings, he said no. He said that he does it to be a, "pebble in the water," as the song by Demi Lovato and Joe Jonas says.

"So you'd say that you're kind to have a part in a larger scheme that will improve the overall atmosphere of the world?" I asked.

"I do nice things to be nice," he replied. Is this really the answer or is this just what he perceives?

Altruism is like religion, I think. It's a man-made construct that displays a specific ideal of how life should be. While I'd like to believe in certain aspects of religion as a whole, it was initially designed to be an origin story for people depending on where they came from geographically. Altruism is something, like religion, we want to believe is real to restore any kind of child-like faith we once had in the goodness of people.

In its most basic form, we do things to see another person happier, which in turn makes us smile. We feel better about ourselves when we do something sweet for someone. Having this personal gain does not make the action any less kind, but it definitely is food for thought.