Being Healed And Learning To Love Through Our Fears
Odyssey

Being Healed And Learning To Love Through Our Fears 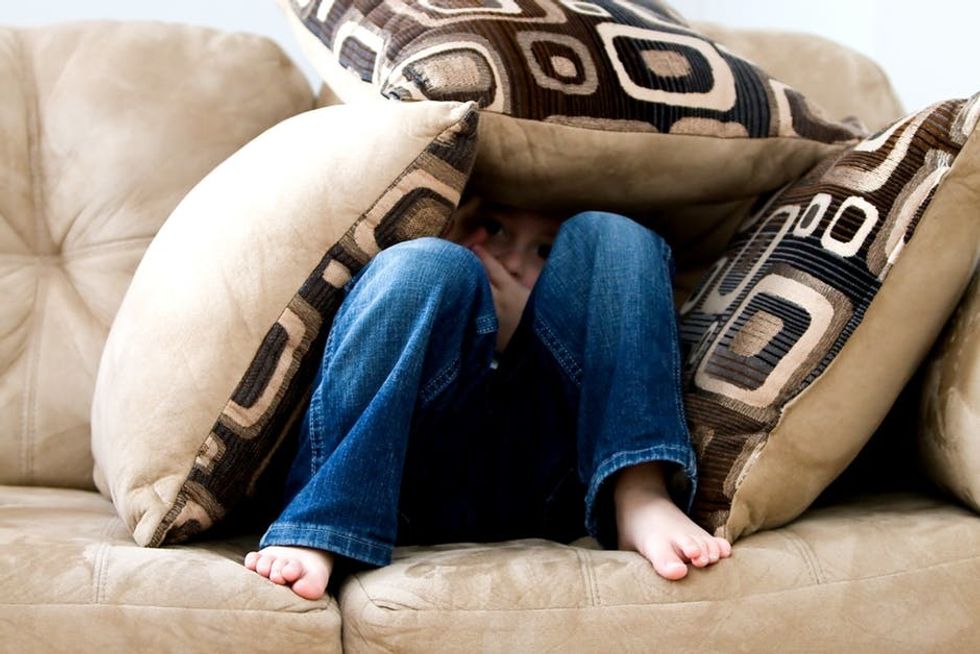 "O Lord, how many are my foes!

Many are rising against me;

many are saying of my soul,

What should we do when we feel anxious and afraid, and don't know what to do or where to turn? Normally, I have turned to coping mechanisms and occasionally self-destructive addictions that have soothed those fears temporarily. But as a maturing Christian and human being, I have sought out this question more and more in my quest for complete surrender to God and my faith.

Fear is not always a bad thing, but rather an adaptive survival mechanism much of the time. Our ancestors only feared immediate threats to the survival of themselves and their kin, but there is a major difference between fear and anxiety. Fear provokes action. Anxiety immobilizes and leaves us unable to move forward with our lives: ask anyone who suffers from any form of anxiety to see examples illustrated of how difficult it can be to strike up a conversation, leave the house, or be on a bridge. Fear helps you survive. Anxiety does not.

Psalm 3, authored by David on the eve of war, gives us an answer. Let's take a step back here and know that David has every reason to feel anxious and afflicted. He fled his son, Absalom, was deserted by his subjects and at on the verge of a fateful battle with Absalom when he is vastly outnumbered. This is preceded by an even more tumultuous set of events, when David commits adultery with Bathsheba and then tries to cover it by sending, Uriah, her husband, to the front lines of the battle to die.

He laments for these two verses, and then transitions into a reliance on God in the next couple of verses:

"But you, O Lord, are a shield about me,

my glory, and the lifter of my head.

I cried aloud to the Lord,

Tim Keller in a sermon titled "Praying Our Fears" meditates on Psalm 3 and its message of "praying our fears." It is an insightful and moving take on the verse with vast application to our lives, although I do not know how I personally agree or how I will follow it in my own life.We have to follow God and relocate our glory. God is our shield and "the lifter of my head," and we have to go forward and obey God rather than going back on that plan. David here locates his glory and significance in his accomplishments and power, the fact that he was king and had the support of his people. But he now has debilitating and deep anxiety because his circumstances are changing rapidly. He has put his security in something finite, vulnerable to time and space. Because he has put his faith in these idols of power and accomplishments, now he must look inward and ask why am I so anxious?

For us, we can't be stoics when we feel the anxiety David feels here and just suppress our fears and "get over it.". But we also just can't wail uncontrollably, what we colloquially know as "venting," and not move forward. I lean personally on the side of venting sometimes It's not serving power or accomplishments or external circumstances that we rest our glory, but it must be God and his plan. God is a lifter of our head. David doesn't have his power or knowledge that he's a good king. And here, David is anxious because he put his glory into something that could die.

Keller lays out the notion that we cannot rest our identity in the approval of external circumstances, and calls this step "relocating our glory." How does David know that God is proud of him here, amidst all his failures? David knew his sins could be dealt with, because he knew, like in Genesis 15, that God is his shield and his glory.

"David was trying to heal his own fear the way God healed Abram's fear," Keller says.

But we, or at least I, fail so often, too, in our service to be good people and believers. I can be an absent son and not call my parents in weeks. I can push the boundaries of my friends and react overemotionally to perceived slights. I have unintentionally hurt a lot of people, and I sin more than any other person I know. I know God is proud of me, however, and that he is "the lifter of my head" because I worship and have a covenant with a God that died and resurrected.

Genesis 15 is Keller's favorite sermon in the New Testament, and when God tells Abram that he is Abram's shield and glory, Abram responds "God, how am I to know?" God tells Abram to take a bunch of animals and cut them in half, and that meant Abram had to take a vow with God. Vows, in Abram's times, were made by cutting up animals and walking between them, saying "if I don't keep my promise, I will be cut up in half, too." But that night, God came down and then Abram saw a smoking torch passed between the pieces, and God gave an oath to bless Abram and pay for his sins, making a covenant with Abram.

Now, we know how God did it, unlike David or Abram did. He did it by cutting off Jesus Christ from the land of the living. That's how we know God is with us, and that allows us to be impervious to debilitating fear. The last thing that Keller says is part of David's formula is Psalms 3 is to "remember the people." Despite his inner peace and dealing with fear, it's not enough. Now, David wants to go out and receive justice for his people. David knows that Absalom won't be a great king, and is not the king that God chose to lead Israel.

In Psalms 3:8, David prays to God for his blessing to be on his people. David, here, knows that he cannot overcome his fear without the power of community, without his people. Now, he wants to work for justice. The opposite of love is not hate: it's fear.

"Fear is self-centeredness. Love is self-giving."

When David thinks of the needs of his kingdom, it enables us to look beyond our small needs and give ourselves to others. The way to finally destroy fear is in community and love. Jesus, in the Garden of Gethsemane, was scared, but he followed God's plan into death, into the grave.

God will heal us not despite our fears, but through our fears. This allows us to rid ourselves of anxiety, and turn to the fear that we need to take action and defend ourselves and our community. As our glory, we need to turn to God to face our fears and be resurrected on the other side of them, whatever that means in our own lives and communities.

I want to follow God and face my fears in the same way David did, and bring myself into new forms of love.

fear
Report this Content
This article has not been reviewed by Odyssey HQ and solely reflects the ideas and opinions of the creator.