Being Different Is Not Okay.
Odyssey

Being Different Is Not OK

The dangers of the lessons we're taught as kids. 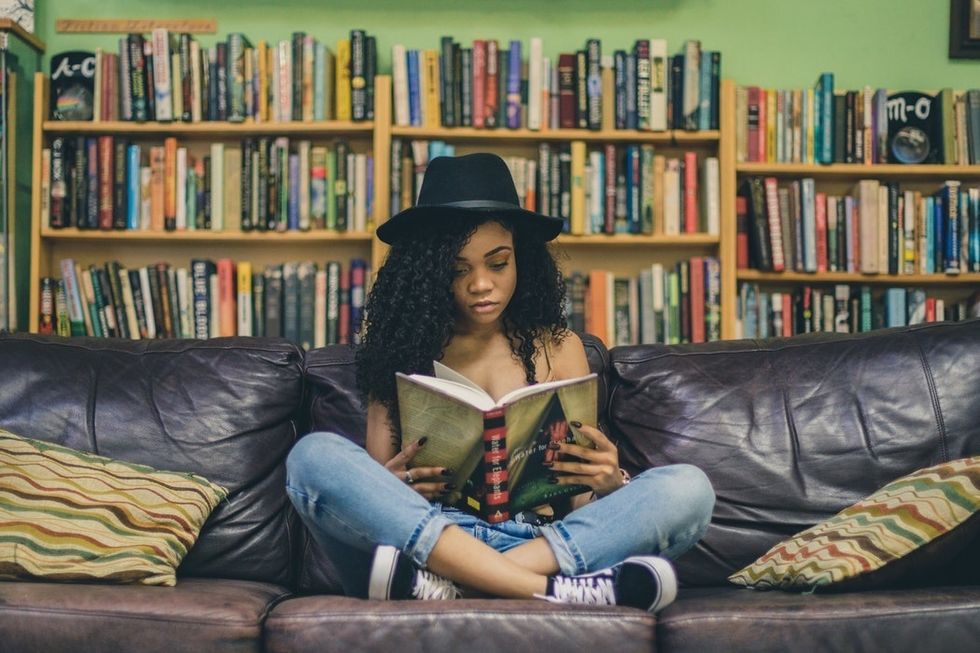 So I've been working in childcare since the year 2000. Through this field I've witnessed A LOT of worldly experiences. Perhaps the common and forsaken experience I've had in this field is seeing the lessons and things that I wished were never taught to me being taught those coming up now.

I always knew that being introverted was a personality trait that people hated. I wasn't aware of why it was hated so much. It was just something society has always pushed against. Anything to make kids more sociable was okay, damn how the kid felt about it. If the kids are seen playing alone or reading or just minding their own business, we make them interact. Make them share toys. Make them move to a part of the room where more kids are. Go over and play with the child ourselves so they're not alone.

Now, don't get me wrong, bullying could be the reason the child isn't interacting with others. Then maybe I could see trying to connect the child with others to help them see that not all kids are bullies. However, if they don't want to interact, why make them?

One of the teachers had some of the kids stay at her house one weekend for a play date. She described how one of the girls hid under a table and read the whole weekend. They all thought she was really strange. The other girls won't invite her to their house anymore. The other teachers all agreed and shared their own stories of the girl not interacting with anyone. She is branded a strange child with nothing to be done for her. I felt so bad for the girl who was just happy enjoying what she wanted to enjoy. The fact that others don't share the girl's interests and don't want to take the time to try to take an interest in her has nothing to do with her.

Then there's the ever present fear of children "turning gay". Boys are not allowed to play with anything that are "for girls." Girls are not allowed to play with anything that is "for boys." Whenever we watch television, it has to be a program thats for both boys and girls. With the smaller kids that's easy. With the schoolagers being directly impacted by gender stereotypes, it's much harder. Bullying becomes an issue when boys like shows “meant for girls" or vice versa. The saddest part is that other teachers support when the girls question why a boy likes a certain show or likes certain music or vice versa for the girls!

It doesn't just happen in childcare settings. These kids are getting these same messages at home and at school when they become school age. Being alone is not okay. Be around people. Talk about something, anything, as long as other people like that thing too. If you're a boy and you like to play with Barbies, there's something wrong. If you're a girl and you like to build with blocks, there's something wrong.

I don't know how many times I was that same little girl hiding somewhere reading. How many times I still am that little girl. My mother tried desperately to get me to interact with other kids. My teachers always made me interact with my classmates. I couldn't get away from anyone growing up. My mom always forced me to wear dresses and stockings. She tried to make me wear make up. It's not that I didn't want to be a girly girl, I just always wished I could be a girly girl without all that fanfare. My mother didn't want to hear that. Afterall, thats how she learned to be a lady, so why didn't I want that? I had an absolutely terrible childhood.

All I had were my books and Barbies, and my mother HATED that I had both. She hated that I stayed in my room. That I didn't have friends. When I got to Junior High and finally started making friends, they were all just like me. She hated that. The kids in school hated that I wasn't like them.

Even in a performing arts high school it was strange and unacceptable to be quiet. It was unacceptable to not adhere to gender norms. You were looked at as a lost cause, and your parents were considered failures for you not falling in line.

I see these same godforsaken values being placed on kids today. Recently one afternoon, out the blue one of the schoolagers comes up to me and asked why I don't talk. He's already realized that people who don't talk are strange. Coworkers CONSTANTLY try to get me to go out with them on weekends or eat the foods they eat or try to get me to talk about my private life. Why don't I ever wear makeup or wear dresses or talk about guys?

It's disgusting. It's a tragedy that these lessons are drilled into us basically from birth and are what frame our experience of the world thereafter. This is one of the reasons I can't wait to leave this field.