Humans Are Not God, We Don't Get To Pass Judgment On LGBTQ People, Ever

It's funny what happens when you let someone be themselves. 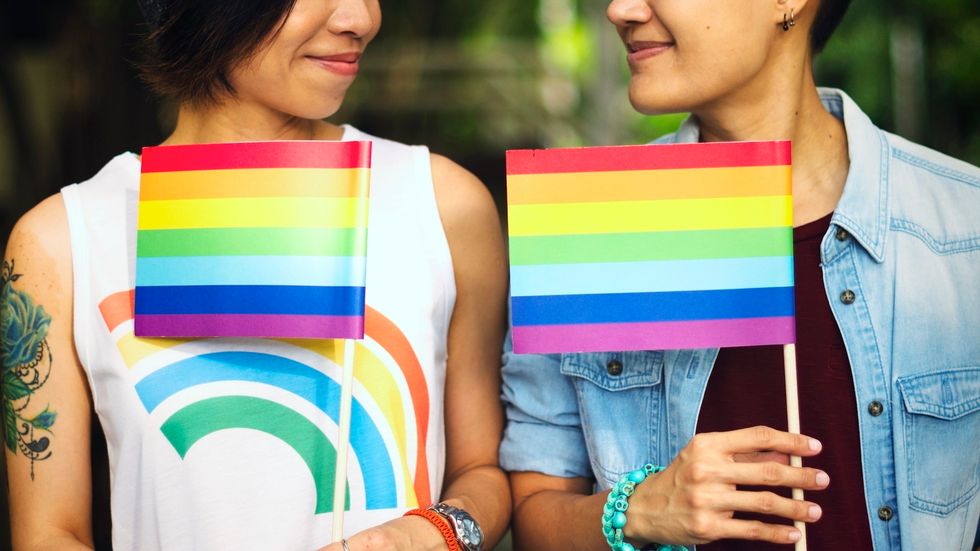 This is not a coming-out article.

This is not to discuss my friends, or to accuse anyone, or to condemn any particular examples.

This is to discuss the necessity of identity and allowing people to lead their own lives.

It's not as easy as "mind your own business," but it's also rather pretentious to assume we should be allowed involvement. Queer lifestyles have become a source of gossip, entertainment, or fetishization, and it is allowed because people don't realize how flawed their system of judgment is.

First, consider the rules for passing judgment. To judge implies a general rule that must be followed, that there is an idea that must be matched throughout many circumstances. If there is a law, it is because there is a concept that must be followed without exception in order for a society to function well. Therefore, if someone is going to hold LGBTQ individuals to a certain standard, all things must be held to that standard in order for it to be presented as a valid argument. I must think of the common argument, that LGBTQ sex is a sin. People argue and fight against those in the LGBTQ community because they believe they are going against Biblical truth.

However, the Bible also says lust is a sin — to lust after someone is to already have committed adultery. Therefore, a Christian is no better if they have sexual thoughts or fantasies about someone of the opposite sex than someone who had the same thoughts of someone of the same sex.

Second, think about who we are discussing. WHO.

Being gay, trans, lesbian, any of the sexualities or identities represented doesn't lessen someone's humanity.

In modern society, we should be better grasping the concept of equality, whether that is race, gender, or sexual orientation. Prejudice persists because there are those who insist these differences are necessary to acknowledge. Through all of human history, minorities have fought to exist. Not to hurt anyone, or have more rights than the majority, but simply to stop being treated as something less than human because they are different. I don't know where the idea came that different was bad, and frankly, it doesn't matter. What matters is letting people be people, and treating them as equal on that criterion alone.

Third, people preach The Golden Rule all the time. It may be a cheesy little mantra but it could not hold more truth in this instance. People who are gay, lesbian, trans, etc. are put through more torments than I couldn't begin to understand or imagine. So then imagine someone doing those things to you — you are going through your normal day, spending time with your significant other, or simply at work or something similar, and people treat you the way others have treated those who are LGBTQ.

Imagine that feeling, that fear, that anger, that pain. And why? Because they hold an opinion strong enough and feel they have a right to force it on you.

That's not how that works.

That's not how it should work.

There needs to be an idea of mutual respect. Humans don't have an inherent right to pass judgment and impose their own will on someone. There's an emphasis placed on someone feeling or thinking differently than the majority, but as long as they behave with respect and follow the same laws everyone else should (laws that promote consensual interactions, and the safety of children) then there should be no further involvement.

For those who are spiritual, we are not God. It is not our place to condemn but rather to show the love of Christ and that is done through kindness and sharing God's Word, not through condemnation. We should also be willing to step in when we see someone being mistreated, and that's what the acting on of prejudices is: mistreatment.

We should respect others and encourage others to do the same for one main reason: we are all human.

Sexuality and gender identity is not something that causes harm if it is different, and it's not our life so why does it matter if we agree with it or not? We need to be supportive, and overall kind. That is what is important and that should be the rule we follow if we must follow one at all.