What You Need To Know Before Working At A Movie Theater
Odyssey
CurrentlySwoonLifestyleHealth & WellnessStudent LifeContent InspirationEntertainmentPolitics and ActivismSportsAdulting
About usAdvertiseTermsPrivacyDMCAContact us
® 2023 ODYSSEY
Welcome back
Sign in to comment to your favorite stories, participate in your community and interact with your friends
or
LOG IN WITH FACEBOOK
No account? Create one
Start writing a post
Entertainment

What You Need To Know Before Working At A Movie Theater

Big or small, all theater employees have the same obstacles. 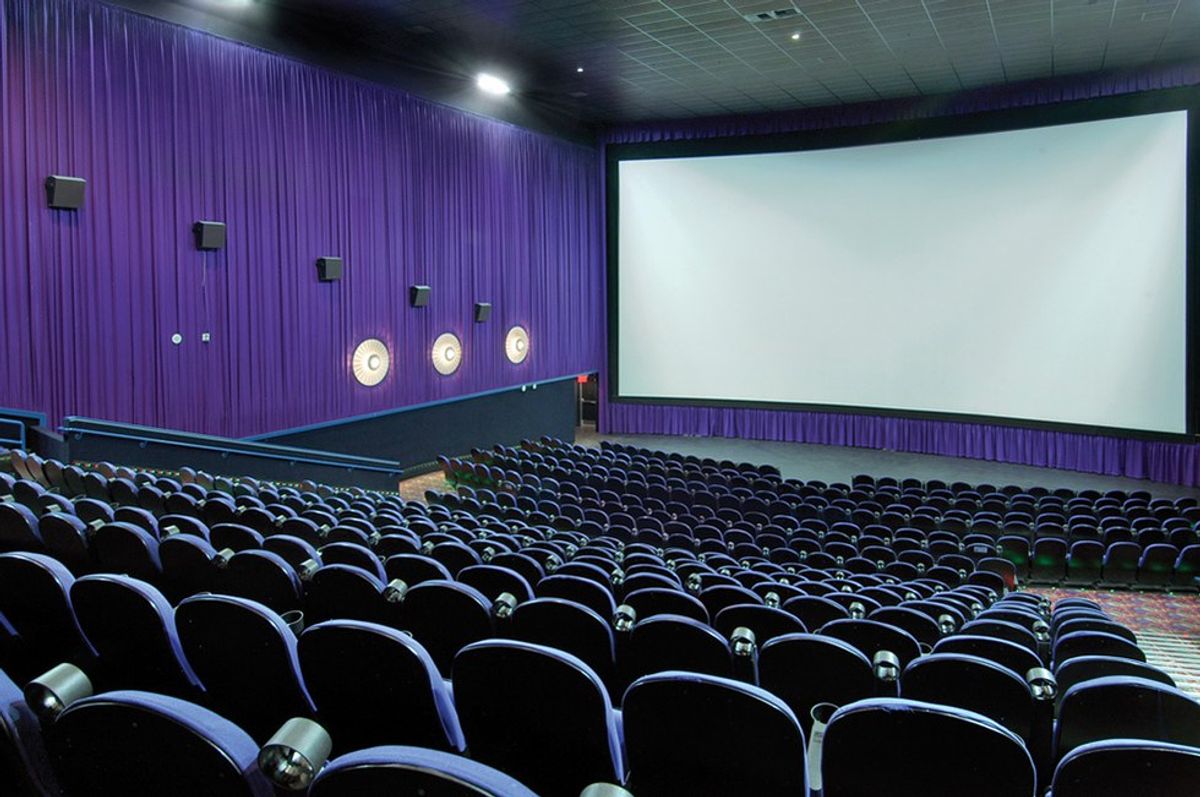 Working at a movie theater was my first job, and I highly recommend anyone who hasn’t had a job before to try their local movie theater first. Typically, theater work as floor staff (anything above is more difficult for obvious reasons) is very easy. Skills you need can be easily taught and are fairly basic, like cash-handling and cleaning. It’s a great job to have for high school and college students, but like anything else, there are downsides you should be aware of.

Depending on your company, you’re likely to have benefits of watching movies for free or a discounted price and probably get some concession items for free, but that doesn’t mean you’ll take advantage of it as often as you think. I found that after working for so long, I didn’t have the motivation to go to my work place on my day off. Who really wants to go to work when you don’t have to? Working five days a week is enough time to spend at the theater. And for college/high school students, working three days a week in addition to school days is exhausting enough.

You need to do movie homework.

You should have basic knowledge of every movie your theater is playing. Do a quick read over IMDB for a synopsis, especially for wide-release movies. Customers will approach you when you’re not around any physical or electronic copy of synopsis, so it’s always a good idea to know your movies. Customers expect you to know everything about every movie you have playing or upcoming movies. And if you’re wearing your work shirt out in public, you will still be asked movie-related questions. Even at Walmart. So beware of running errands before or after work; you might want to bring an extra shirt to avoid working outside of work.

Everyone knows the basic rules, like those for R-rated movies: “under 17 not admitted without parent.” However, this rule as well as others vary from theater to theater. For example, my theater has a "no ID, no entry" rule. If you’re clearly young or the cashier thinks you are underage, you must provide a valid ID or you won’t be sold a ticket. But, an adult (21 or older) or your parent can buy your ticket, but they must also watch the movie with you. I know that at other theaters, this rule is slightly different. My theater also does not allow outside food or drinks and open carry is not allowed either. Bringing in food is against health code and we can get into serious trouble for it, and we would lose money by letting people bring their own food. Concealed carry is allowed, but we'd prefer if guns were not brought into the theater at all, for obvious reasons. Theaters are considered family places, and parents aren't typically comfortable with their children being around guns, and there's also the fear of theater shootings. But again, these rules vary from theater to theater.

My theater is flexible around holidays, but I'm assuming not all theaters are. You will work holidays, even if it's a short shift. Holidays are typically our busiest days, because many other stores and companies are closed, so naturally the people flock to the theater. If you are in a family that is always out of town during holidays, you will have less of a chance to get hired than someone who is always available. Same thing goes for summer; if your family takes long vacations, your chance at being hired will be hurt. Even during bad weather, theaters are typically still open. Tornado warning? Open. Hail storm? Open. Flooding? Open. Sleeting? Open. The theater I work at has been open for business for more than two years, and we've been open every single day except for one, when the roads were iced over to the point that no one could leave their homes.

Weekends, holidays and summer times are theaters' longest days for obvious reasons, and we can be open as early as 8 a.m. and close as late as 2 a.m. If you're not up for working late shifts or working early shifts, theater work might not be the job for you. Of course, during the school days we open later and close earlier. Scheduling usually isn't the set for each employee, meaning you won't get similar shifts week by week, so your sleep schedule will be skewed from working at a theater. I've had quite a few shifts where I closed one night and then opened the next day, and as you can imagine, I wasn't feeling too hot. Actually, I felt wired from the lack of sleep, but I usually crash as soon as I get home. Honestly, the best "sleep" patterns to have for working at a theater are those of an insomniac; I know from experience. Either that or night owls. Both options typically have the easiest times adjusting to the odd work hours.