Why You Should Strive To Be The Black Sheep
Odyssey

Why You Should Strive To Be The Black Sheep

The importance of leadership. 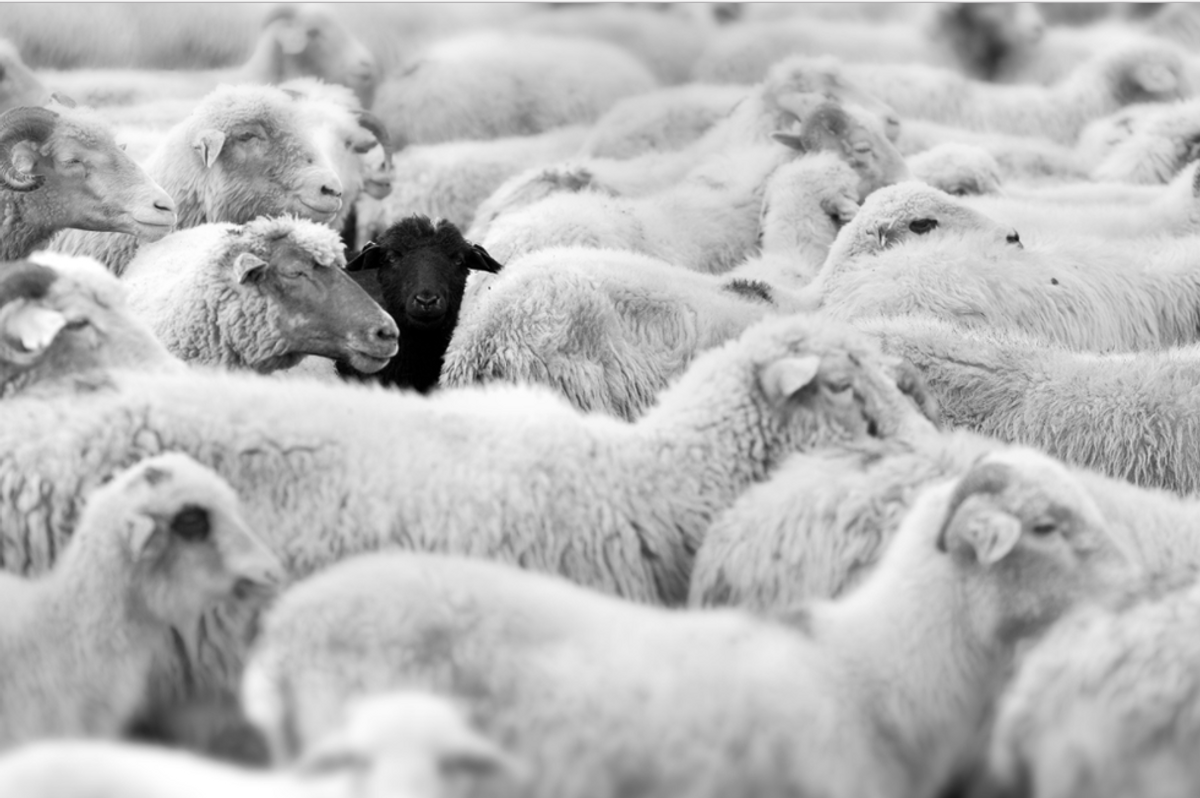 If you’ve heard phrase black sheep, then you’ll understand the deeply intertwined metaphor I’m about to use. Amidst a herd of white wooly sheep, you may once in a while stumble upon a black wooly sheep. Sticking out like a sore thumb, this particular animal stands out amidst the herd and is recognized from afar because his particular quality, being his color, is distinct and recognizable.

Now I use this metaphor in the world of sports, with applicability to business, because being a leader means being a black sheep. Your individual qualities are indeed distinct and recognizable, enough so that your fellow teammates, co-workers and peers respect and value what you bring forth. I have been on more teams than I can count on both hands to realize what good leadership is.

And for anyone, I am assuming you’ve come across some incredible leaders and some not-so-incredible leaders. If you think back to “the best captain or boss you’ve ever had,” I can logically assume that one, perhaps two people come to mind. Or what about if I used the words “honest, hardworking, loyal or selfless,” I bet those same people would also come to mind.

The thing about leadership is that everyone has the potential to be a leader. But not everyone can be a black sheep. What I mean by that, is black sheep are the most experienced and influential leaders -- they create Championship teams, distinguished corporations and are able to bring out the gray sheep who have the potential overtime to fall into the role of a black sheep.


On any given team or within any business, you may have 10 leaders, all with different capabilities and characteristics that add to the group dynamic. Some may be hard workers, some may be silent leaders, and others may be vocal. Some may demonstrate traits of incredible kindness, and other may show traits of selflessness. The black sheep, however, harnesses several of these key qualities and demonstrates them on a daily basis. This is what separates the black sheep from the white, as they stand out in ways which are sometimes hard to apprehend.

If you were to ask your teammates or co-workers to describe you and your leadership skills, what would they say? The intent of this article is to draw out those already existing qualities and build upon them. Even to bring out qualities you never knew you had and work towards building on your weaknesses. I have dedicated this next section into four of the most important categories of a black sheep leader. All of these traits tap into different aspects of leadership.

A leader who is honest with themselves and others. Someone who is vocal about the successes and failures of the group, and someone who tells their peers what they need to hear despite the difficulty of the truth.

A leader who is relentless, and works just as hard in front of the group as they do when no one is watching. This work ethic is admirable and challenges others to raise the standards and effort.

A leader who stands up for others, and is sets goals and standards that are achievable yet challenging. They speak highly of others even when they’re not around and leave no one behind.

A leader who above all, puts others before themselves for the greater good. They are willing to make sacrifices if it meals an end success and constantly chooses the team over their own needs and gain.

After looking at these categories, which ones best describe you? Which quality is your strongest, and which is your weakness?

If you posses one, or multiple, then you are on your way to being a black sheep. And if you have one or less than one, then perhaps it’s time to start stepping up and making a daily effort to build upon your skills.

If you’re lacking in honesty, first attempt to be honest with yourself. Challenge yourself daily to be honest, in small situations and large ones. If someone you work with or play with is lagging behind and not putting in a substantial effort, tell them how you feel. This does not mean putting others down, but sandwiching the conversation (a positive affirmation, the lagging aspect followed by another positive affirmation) will make for a stronger level of communication and increase your honesty.

If you’re lacking in work ethic, then only you can change that. Do not increase your work ethic in only a public setting, but behind closed doors. This will trickle into forming good habits, and even though you may not receive credit, the delayed gratification will come and be noticed eventually.

If you’re lacking in loyalty, then focus on the words you chose to say. Even if you’re not fond of someone, what you say is very important. It will define you, and if you constantly complain or degrade others, it says more about you and is a negative reflection in which you are giving off. So practice picking out positive things about people, and as the old saying goes, “if you have nothing nice to say, say nothing at all.”

If you’re lacking in selflessness, then you must attempt to look at the people around you and ask yourself, “if everyone was selfish, what would we achieve?” You need to of course set personal goals, but bigger goals which involve others needs to be seen as equally important. So before you look at your personal success, understand that if everyone is working together for a greater purpose, then in time, everyone will also achieve personal success.

Being a black sheep means, at its core, looking at the people around you and wanting them to achieve just as much happiness and success as you. Leadership is something that is talked about, written about and researched by thousands of people around the glove, all in an array of disciplines.

From sports psychologists to doctors to sociologists, it is a topic that people want to know more about because being a leader is a humbling, and incredible quality to poses. I am no expert in the field and I more than anyone need to work on all of these traits, but the more we can strive to be like those “incredible captains and bosses,” who you recognized earlier, the more potential we have to help create Championship teams and create distinguished corporations.