14 Lyrics From Bea Miller's New Album "Aurora" That Are Beyond Empowering
Odyssey
CurrentlySwoonLifestyleHealth & WellnessStudent LifeContent InspirationEntertainmentPolitics and ActivismSportsAdulting
About usAdvertiseTermsPrivacyDMCAContact us
® 2023 ODYSSEY
Welcome back
Sign in to comment to your favorite stories, participate in your community and interact with your friends
or
LOG IN WITH FACEBOOK
No account? Create one
Start writing a post
Entertainment

There are so many great lyrics, it's impossible to choose. 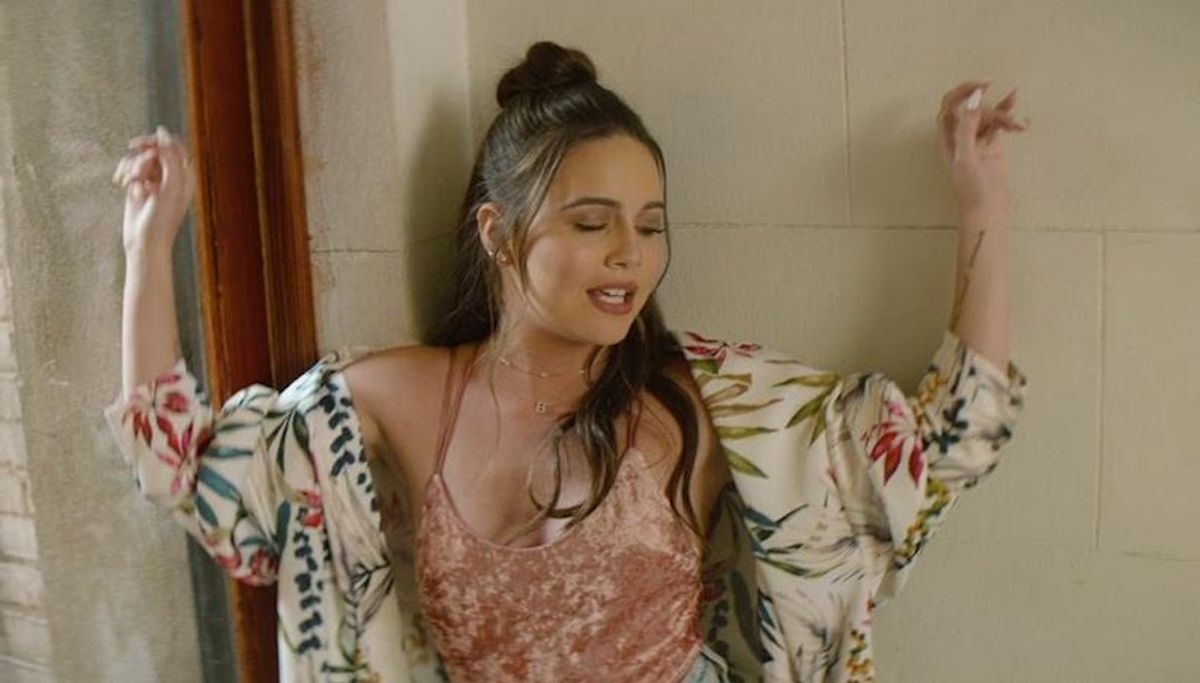 I first discovered Bea Miller as a contestant on Season 2 of the X Factor back in 2012. At the time I was far too distracted by Emblem3's swoopy hair and good looks to pay much attention to her, but since that season came to a close with none of my favorites pulling out a win, tons of incredible music came out by Emblem3 and many others, including Bea. Her first album, "Not An Apology" dropped in 2015 and I was momentarily obsessed with it. Since then she's had a lot of great releases including the 3 EP's she dropped in 2017 that led me to put her high on my list of "30 Music Artists Who Deserve More Appreciation In 2018."


Her newest album "Aurora" dropped back on February 23rd and every single song is a certified BOP. I've been listening to it on repeat for weeks and I figured it was about time I shared my appreciation with the world. Not only is she my primary woman crush with a voice sent straight from the gods, her songs are legendary and her lyrics are beyond empowering. For this reason, I'm going to break her album down, song by song, and tell you exactly what lyrics you should be listening for (and using as your next Instagram caption).

This is Bea's first beautiful image, used to introduce the person in her life what was something of a "calm before the storm." Something beautiful and safe like a "ripple of the waves" can escalate to something as destructive as a hurricane, and I think we all have someone in our past that brought the same kind of chaos.

Burning Bridges was originally released in early 2017 as part of Bea's EP "Chapter 1: Blue," which was a 3 song collection on heartbreak and overcoming it. To me, this line is a reflection on the good point in a relationship after it's all over. Things were so great and you were doing so well, but now your drowning in heartbreak and misery and the only solution you can see is the person who hurt you in the first place.

This song is an iconic middle finger to all the fuck boys in the universe and I support it 100%. I really struggled to pull out my favorite line from this song because there were so many great ones. I chose the last section of the chorus because it felt the most powerful. There is no one better to love you than yourself, especially not a fuck boy who only needs you when he's lonely.

Originally featured as the third song on "Chapter 1: Blue," this song found Bea at her lowest point. This song is the perfect embodiment of the feeling that your life has completely gotten away from you and for a short time you've found yourself in a place where the person you are is nowhere near the person you know as yourself. You get trapped in that feeling and I think Bea puts that into words beautifully.

This song is such a mood shift in the journey through the album and I love everything about it. The main message is simple: If someone treats you like crap, it only makes you stronger. The empowering vibes pour from every second of this song. This line speaks to the message of the song (and the album as a whole). The expectations of others should have no impact on the way you live your life and find your happiness.

This song is for every girl that's been hurt and had the person who hurt them come crawling back for a second, third, or millionth chance. These lines are about realizing your worth, realizing how toxic your ex is, and taking control of your own life again, and I absolutely love it.

To me, outside is a song about being restless. Nothing's going right, but nothing's really going wrong either. You're stuck in a boring rut and don't want to do anything. Every attempt you make to shake things up is shot down, so you kinda just hang out by yourself for a while and hate everything and avoid everyone. Maybe if you wait long enough, things will change.

This was an early favorite for me off the album. I recently learned this was the only song on the album Bea didn't have a hand in writing, but I think that's totally okay. Everything about this song fits in with the album and everything Bea stands for. It's another song about not needing a man and this line is a great testament to that in the context of casual relationships.

Sometimes the physical parts of the relationship just aren't enough. In the same song, Bea admits that she wouldn't trade that part for the world, but the song is saying she just needs more. The physical stuff isn't any fun if you're not connecting on an intellectual level sometimes.

This song seems to be about finally getting close to a new person. Communication is hard and things are always getting lost in translation, but you're finally getting "warmer" to where you both want to me.

This song is all about turning a new leaf and becoming the empowered, fearless woman you've always wanted to be without any fear of the repercussions. It's all about taking control of the restlessness you're feeling in life and mixing things up on your own. These lines, in particular, stood out to me because they are all about leaving behind everything society trains us as women to do and believe.

I was really tempted to type up the lyrics of the entire song here, but I had to narrow it down. S.L.U.T. is all about loving yourself for who you are, no matter who that is. Every last lyric is empowering and beautiful and the song also takes a negative word, turning it into something that we can all be proud of and I don't think there's anything better than that. This song just has such a beautiful message that I can't get over.

I might have cheated and used an entire verse for this one, but I felt like these just couldn't stand alone. I love a good song about new love and new beginnings and this one totally delivers. It's that phase of the relationship where you are so in love that you feel invincible.

“Breaking down, let the words fall from my mouth/ All the things I’ve never shown, all the things you’d never know”

This song is about finally letting go, speaking your truth and talking about how you’re feeling. It’s not easy, but sometimes it’s better to do this than to “take it to the grave.”