"Have I not commanded you? Be strong and courageous. Do not be afraid; do not be discouraged, for the Lord your God will be with you wherever you go." Joshua 1:9 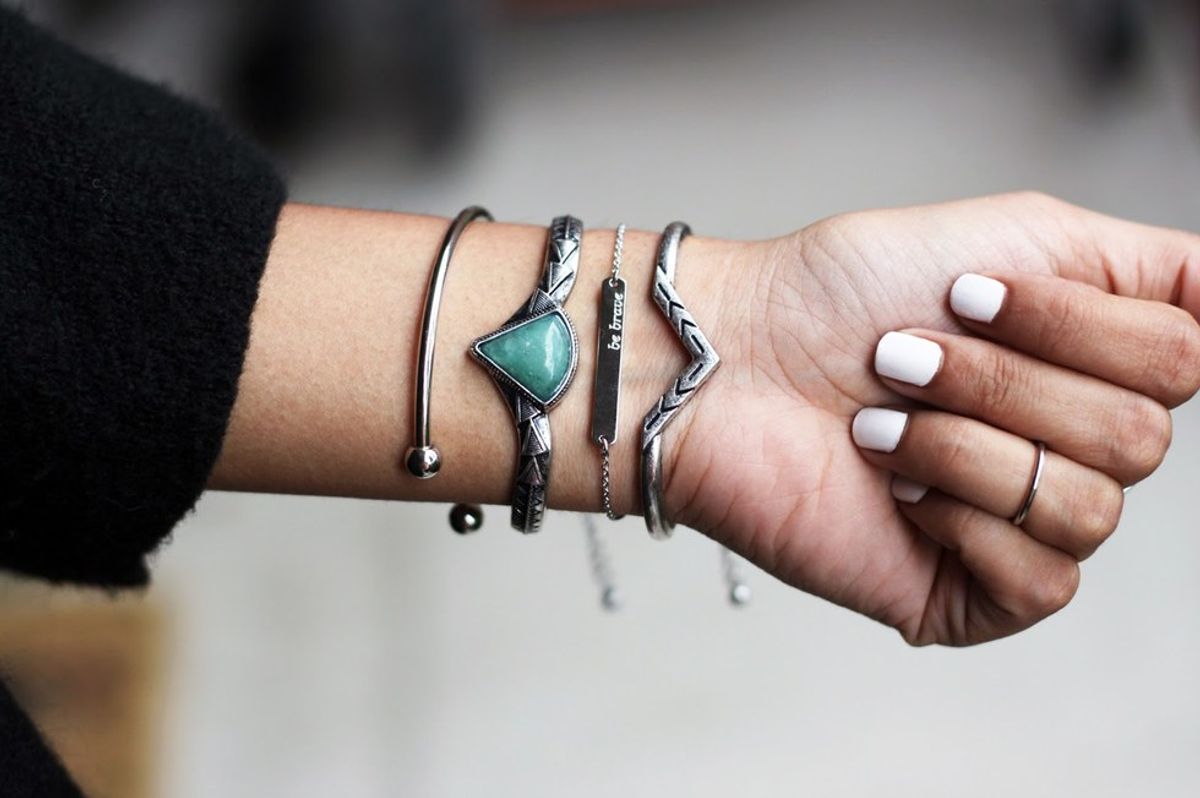 I look back on pre-college me - the me that walked onto that plane, all by myself, with most of my belongings in suitcases - and wonder, how did I do it?

How did I walk into the great unknown, so innocent and naive of what was ahead? But maybe that innocence and naivete was what let me take those steps. Because if I really knew what those first two months were going to be like, I probably wouldn’t have taken them. And if I hadn’t gone through those first two months, I would have missed out on these recent months that have been incredible.

I recently received a bracelet inscribed with “Be Brave”. These bracelets (called Bravelets) come in many different colors for different diseases, and 10% of the proceeds are donated to the disease associated with the color. Mine is dark blue for a syndrome I was diagnosed with this past semester called Cyclic Vomiting Syndrome. The bracelet was sent anonymously and I bawled when I received it because I hadn’t told many people about it, yet someone knew, donated money to a cause that is working to raise awareness about it, and sent me this bracelet to remind myself to “be brave” everyday.

This got me thinking, what does being brave look like?

putting yourself out there for love after you’ve been hurt so many times before.

walking into the doctor's office even when you don’t know what the news is.

continuing on even when you don’t have all the answers.

walking back into that school even when that safe place was stolen from you.

leaving the job you don’t like and starting your own business.

picking up all your belongings and moving across the country.

answering the question “How are you?” truthfully.

admitting that you were wrong.

speaking truth into someone’s life even when they might not want to hear it.

starting to create something even when you don’t know how it’s going to turn out.

committing to an idea before it’s fully formed.

being yourself in front of those you don’t know.

reaching out to someone who is struggling.

Being brave is surrendering to God and trusting that He will take care of you.

That’s what being brave is.

Everyone is brave. Everyone who wakes up and starts their day is diving into the unknown.

Shoutout to the people at Grace’s in-night for helping me out with some of these ideas.