The ABCs Of Baylor Every Bear Should Know

The ABCs Of Baylor Every Bear Should Know

Why Baylor is one of the country's most unique college campuses, expressed in the ABCs 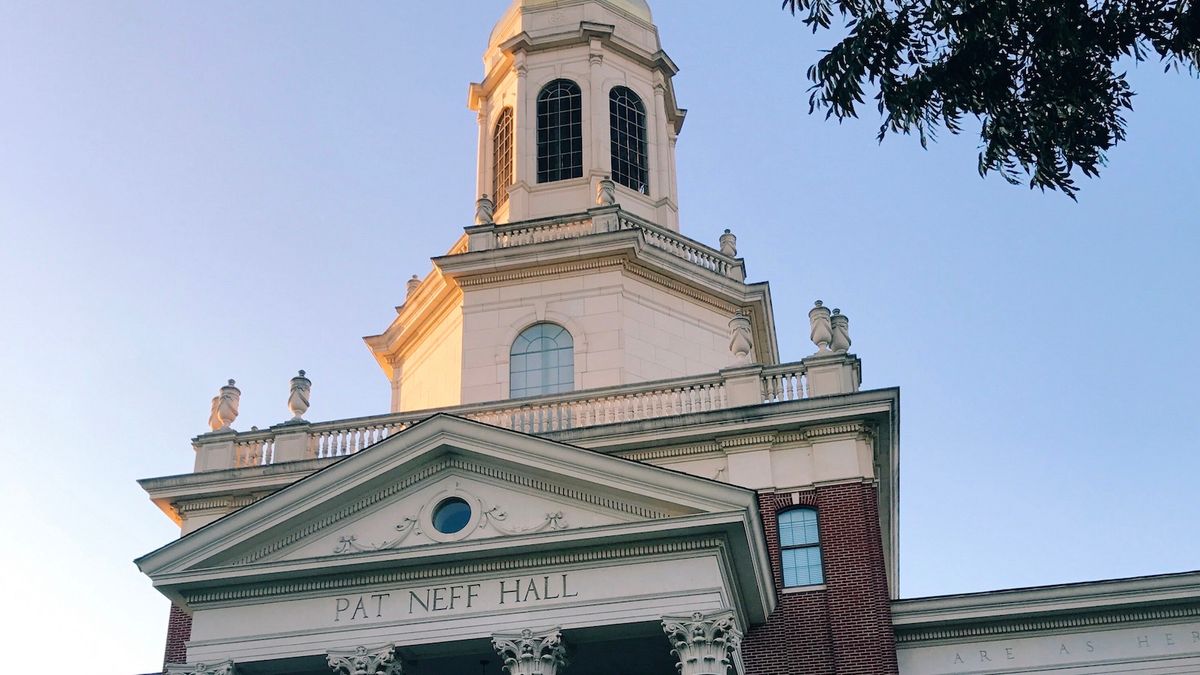 Baylor is one of the country’s best and most unique universities, and there are so many traditions and places that hold meaning for those attending the school. In order to explain what makes Baylor so special, here are some of the best parts of Baylor/Waco described through the alphabet!

A is for Armstrong Browning Library - one of the country’s most historical and beautiful college libraries.

D is for Dia Del Oso - also known as “Day of the Bear!” This tradition gives every student the day off from school and is full of concerts and activities.

E is for Exploring Cameron Park - hiking, running, and hammocking in Waco’s largest park is a favorite activity for Baylor students.

F is for Farmer’s Market - the Waco Farmer’s Market is held every Saturday, and it allows students and the community to come together to support Waco’s local businesses.

G is for George’s - the popular restaurant in Waco that commonly caters Baylor events.

H is for Homecoming - Baylor Homecoming is a HUGE weekend, complete with a bonfire, parade, and football game.

I is for Independence - the city in Texas where Baylor was founded in 1845, and where every incoming student visits at Line Camp.

J is for Judge Baylor - the huge statue on campus of the man Baylor was named after. Many people take a picture with him on the first day of freshman year and at graduation.

K is for Kolaches - delicious pastries students can buy at Czech Stop, a well-known bakery in nearby West, Texas.

L is for Lady and Joy - the two live bears that students can visit at the bear habitat on campus.

M is for Magnolia Market at the Silos - the ever-popular product of Chip and Joanna Gaines as the result of HGTV’s "Fixer Upper," making Waco a national tourist destination.

N is for Ninfa’s - one of Waco’s best and most delicious Mexican restaurants.

O is for Odyssey - Baylor is one of many college campuses where students can share their opinions through writing on this platform.

P is for Pepper - as in Dr. Pepper, which was founded in Waco, and is the reason behind the weekly tradition of Dr. Pepper Hour.

Q is for Quidditch - the Baylor Quidditch team travels around the country and is often seen practicing on the lawn by Brooks.

R is for RG3 - as in Robert Griffin III, the Baylor football player who won a Heisman trophy and is still idolized on campus.

S is for Sing - one of Baylor’s most unique traditions, where all types of student groups perform elaborate singing/dancing routines and the top 8 advance to perform at the following year’s Homecoming

V is for Vitek’s - one of Waco’s best barbecue restaurants (a local favorite!)

X is for Xmas on Fifth Street - a Baylor tradition complete with food trucks, ice skating, a live nativity scene, and more!