Eating Disorder Relapse And Recovery Are A Never-Ending Battle

Eating Disorder Relapse And Recovery Are A Never-Ending Battle

Once you feel like you've recovered, it takes a 180-degree turn. 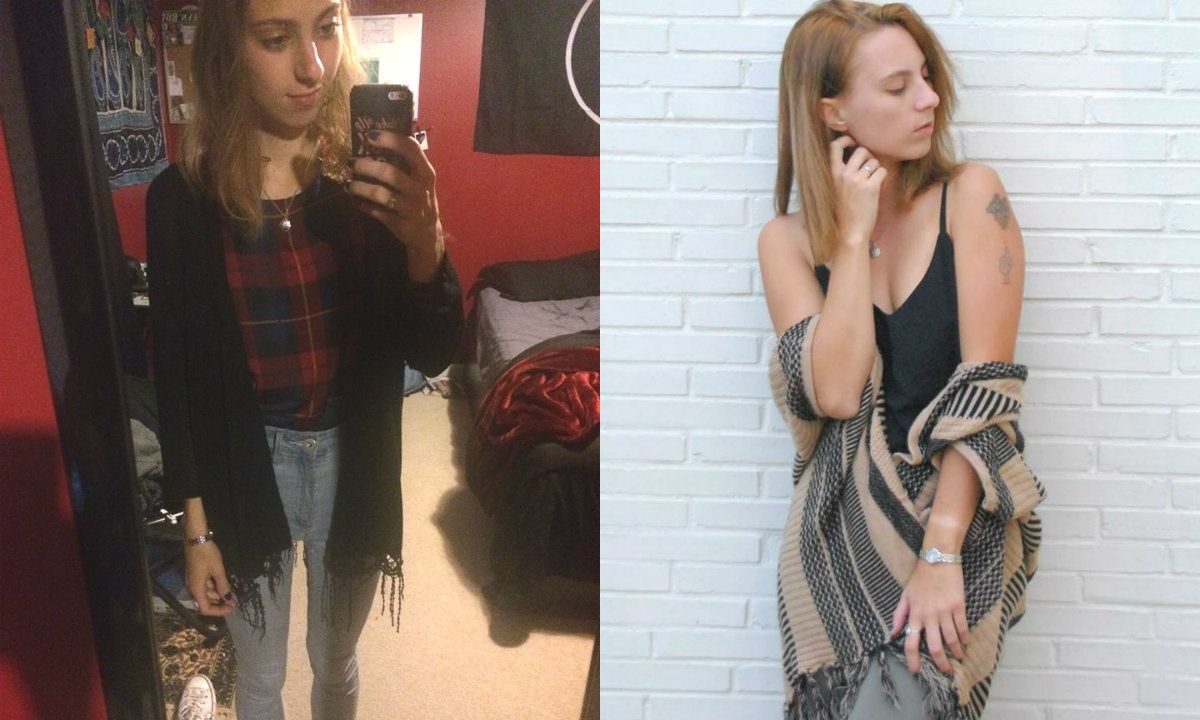 Out of four years struggling with an eating disorder, for only eight of those months I have been recovered. "Recovered" does not simply mean being a normal, healthy weight for that time; it means no longer having eating disorder tendencies influence behavior and thoughts to the point of acting regularly on those tendencies.

From March 2017 to November 2017, I was recovered. I had reached a normal weight (after almost three years severely underweight) in September 2016, but it took six more months to get rid of my eating disorder tendencies (ex. counting calories, avoiding certain foods, purposely burning off calories, throwing up small or large meals, occasionally bingeing, etc. for days, weeks, at a time).

You don't have to be a normal weight to be eating-disorder-free or "recovered."

Being open about my eating disorder experiences can be incredibly difficult. Being vulnerable leaves me to discrimination, negative judgment, and being looked down upon and criticized by family, friends, and strangers alike, especially those who knew me during the peak of my eating disorder.

But it also allows for me to help and inspire other individuals who struggle with an eating disorder. It allows others to know that they are not alone in their pain and their thoughts. And that's something I didn't really have when I was at my worst, and I still don't have many people I know that I can reach out to when I struggle, so if I can allow my pain and experiences to help someone else, then the struggle is worth it.

And the hardest part is that, though I know my eating disorder doesn't define me, I still find a comfort in it. I still feel like it's there for me when no one else--including myself--is.

And this is the lifelong struggle that I and others with an eating disorder face.

And that's the problem I'm facing again. Recovery felt so short-lived; it still doesn't feel like it really happened, after so long of being underweight and giving into the eating disorder.

On three occasions I should have been hospitalized being I recovered. Yet, I was stubborn, I refused help, I didn't want to let go of my eating disorder; it was the only comfort I felt like I had.

Fast-forward to now, and once again, it feels again like it's the only comfort I have anymore.

It's hard to feel yourself slipping again. It's hard to be consumed by the thoughts more and more each day.

I've already had to avoid meals with people again. I've cried in grocery stores again already because, after thirty minutes of browsing the aisles, I can't find anything that I feel okay eating. Everything has too many calories, fat, carbs, etc. Everything will either make me feel too full that I'll want to throw up, or it'll be too small that the starving feeling will linger longer than I want it to.

I've thrown out everything in my house that isn't a "safe" food. I go out of my way to walk the longest route possible somewhere, just to burn extra calories. I'm keeping my room colder so I can shiver off more calories. I keep a measuring tape by my bed and my scale in easy reach to physically make sure I'm losing weight.

I look in the mirror and still feel large, still feel uncomfortable with who I am. My body dysmorphia has come back, and I can't tell if I've lost weight anymore, even when I have strangers suddenly commenting again on how thin I am.

"Oh my, well aren't you just skin and bones?"

Everything people used to say when I was severely anorexic is slowly becoming commonplace again.

Every thought and tendency I had when I was deep in my eating disorder is slowly coming back again.

Friends, family, and strangers are telling me what they used to: "Just eat", "Take another bite", "But you ate this before, eat it now", "You need to gain weight", "Stop thinking about the food", etc. etc.

The problem is, I can't.

Relapse is a real and difficult time in the life of someone with an eating disorder. It was something that, after recovering, I thought I didn't want back. But here I am, not willing to let my relapse go.

In the photo above, "2013" is a few months before my ED began, "2016" is right after hitting a normal wait during the recovery process, the first "2017" was my highest weight this summer, and the second "2017" is a month before my current relapse.

Eating disorders are one of the most sinister and life-threatening things a person can experience, with eating disorders having the highest death rate over any other mental illness.

Yet, here I am, here are many other eating disorder individuals, struggling with recovering and relapsing continuously throughout life.

Eating disorders are not simply "fixed" nor do they simply "go away". They are a lifelong, difficult, struggle. Allow for time, patience, love, care, and support to help yourself or anyone you know who is struggling with an eating disorder, especially during the recovery process or a relapse.