And why I consider myself to be like her. 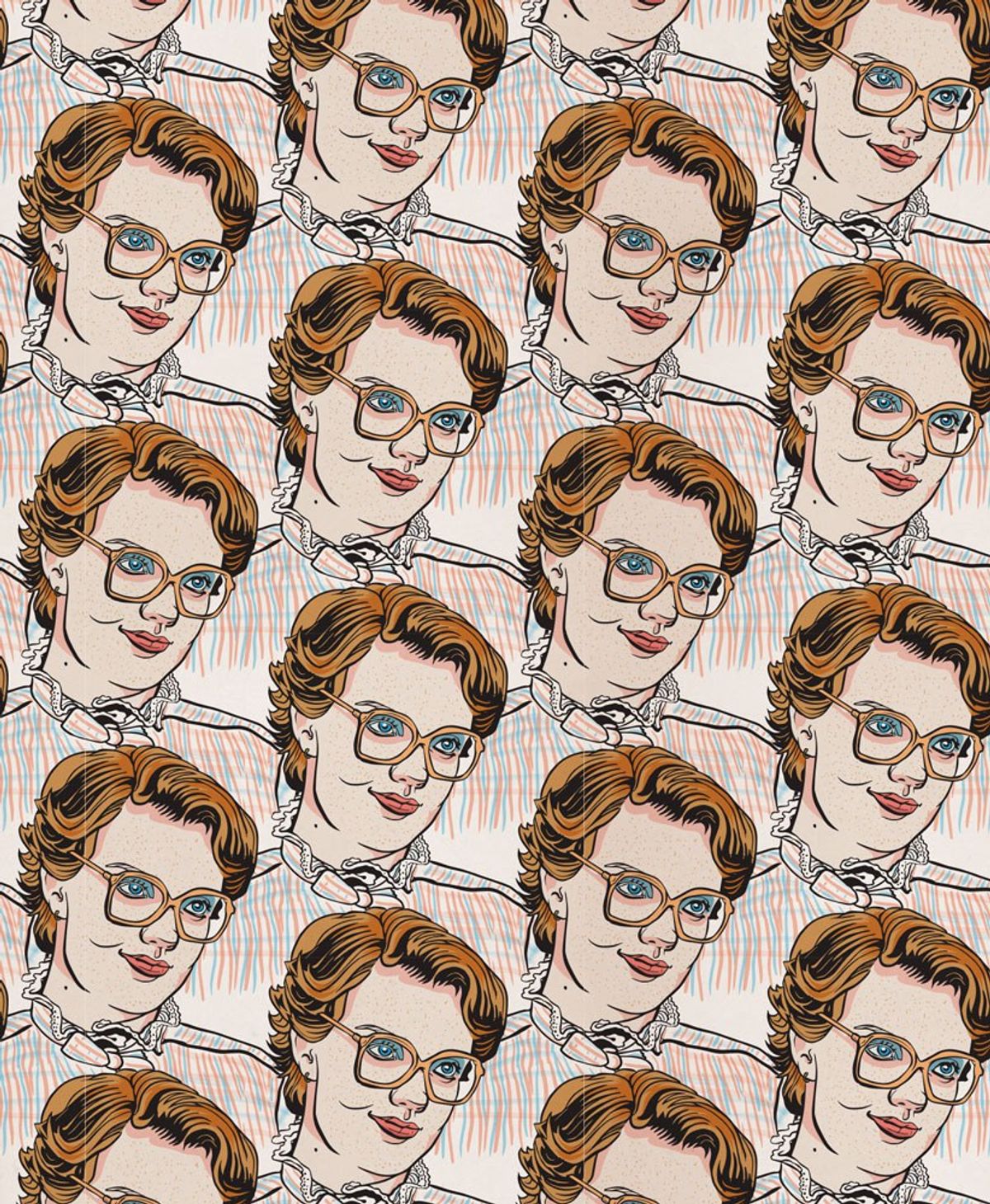 Barb deserved better because... wait, have you watched Stranger Things? I want to make sure you have before I get bombarded with comments about how I have spoiled the eight episode season for you. Seriously, take a weekend (you will not regret it) and get it done! (Spoilers ahead, if you haven't.)

Back to the matter at hand: Barb.

We first meet Barb in the series premiere, as the red-headed, bespectacled best friend of Nancy. It is easy to see that even though Barb and Nancy are best friends, they no longer seem to be one in the same, as Nancy has been canoodling with Steve.

We all know there is nothing wrong with friends finding boyfriends but we also know that problems can come from those relationships... as we see one major problem came from Nancy's infatuation, in form of her not being available when the Demogorgan captures Barb.

I screamed at my computer and stopped my binge-watching for the night.

How dare they kill off Barb? They had no right doing that! She had done nothing wrong. She had been herself for the entirety of her presence on-screen and provided Nancy with the snapback to reality she needed. Not to mention, the potential she had for the show.

For all we know, Nancy could have ended up where she rightfully belongs with Jonathan, instead of Steve but no, Barb had to be taken by the Demogorgan and Nancy was too busy to notice as she was finally getting what she wanted with Steve... *sigh*

Sure, Nancy got angry when no one thought Barb was truly missing, as they all thought she had run away, but the lack of care the writers seemed to provide for her character was unbearably sickening and the above missing sign shows the perceived stance the show provided.

I would have rather they faked her dead body as the Department of Energy did for Will, to provide some sort of answer or closure, something. They owed her that and they owe the fans of the show — Barb fans or not, that.

The fact of the matter is that I found similarities between Barb and myself. Sure, in high school I wasn't wearing Mom jeans and horrible looking glasses (give or take a year of bad yearbook photos) but I was the level-headed friend. I listened to my friends tell me stories about their feats with cute boys while I looked on hoping and praying that one day a guy would hold my hand while walking down the hall (they didn't). It just makes me think, if I were in the show would the Demogorgan get me, even if I was often rational and stayed to myself?

I'm not too sure but I would rather be a Barb any day, as her VW driving, Mom jean wearing self would have never left Nancy's side and that is an aspect of beauty and respect I wear proudly, as Barb did.