Why Baptists Drink But Might Not Want You To Know It 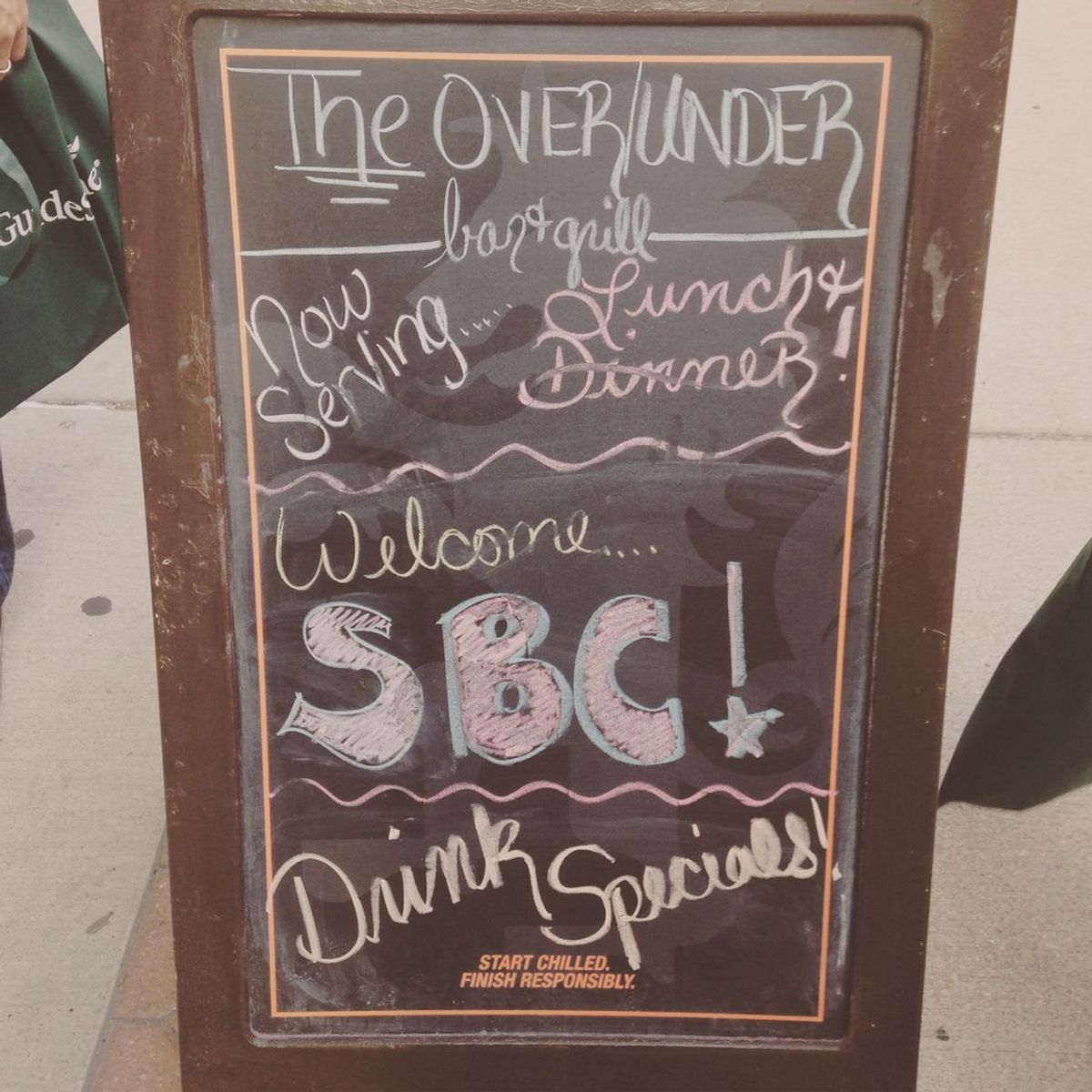 I grew up in a Christian Home.

I was taught that it is best to abstain from any and all alcohol.

I thought I would grow up always being the person that doesn’t drink.

Alcoholism is historically in my family.

I currently work in a church environment.

I currently live by myself.

I’ve since grown to enjoy a glass of wine now and then.

When I graduated college and began to pursue a job within a church, I quickly realized that alcohol would have to be something that I have to answer for. All throughout school, I had signed a community covenant and deeply respected the purpose of such a covenant. However, once I was off campus and out in the world, I realized that a part of me had a desire to explore different wines and if I were to wonder at all, it would be best for me to know where I stand before getting acclimated to a Church environment. At one time I was strictly against alcohol because of the possibility of leading to drunkenness. I felt firmly that alcohol was easily made into a foothold that the devil can use against us (Ephesians 4:27) and because of that I should avoid it altogether. I also felt (and still feel) firmly that alcohol is strongly represented in our culture as a crutch to rely on. I can honestly say that I never want anyone to see my allowance of alcohol to equal a reliance on alcohol. If at any point in my life I am seen as relying on alcohol instead of relying on Christ, I expect to be called out and reprimanded for it.

Last week was the 171st Southern Baptist Convention. At this convention, Southern Baptist Churches from all over come together; discuss things happening in the world, and how we will respond within our denomination. On Tuesday, the convention had a luncheon where there was a panel discussion concerning things like the presidential election, being a Christian in America, responding to refugees and the confederate flag. While I won’t go into all of the hairy details that came from this discussion, I would like to highlight one particular topic that was brought up. Alcohol. Now I have to admit I was surprised that this question came up at all but when it did come up, the proctor directed the question to Matt Chandler. If you have listened to any of Matt Chandler’s sermons from The Village Church, you might know that Chandler is unapologetic about his opinions of alcohol. He’s also pretty much unapologetic about a lot of things, but on this particular subject he said (and I’m paraphrasing because I’m going off of what I remember)

“I’ll argue that it is okay to drink until the cows come home, but if you told me tomorrow that drinking was going to hinder my spreading of the gospel, I’d stop right then and there.”

This whole topic of discussion was simply that, a discussion. As a millennial, I felt like the question was kind of unnecessary. Yet it is totally possible that a baby-boomer pastor was in the same room, heard the answer to the question, and took offense because he sees it as leadership within the Church accepting more of the world than we should, which is something to be aware of. Context is important in this discussion. However, it is without argument that Christ specifically says in John that He will not drink of the vine until He returns and is with us in Heaven.

“I tell you I will not drink again of this fruit of the vine until that day when I drink it new with you in my Father’s kingdom.”

While I grew up knowing this verse, it was not until I had really pursued my personal feelings toward alcohol that I realized the beauty behind this scripture. It is because of this scripture that I drink of the vine with hope that one day I will drink it with my Savior in Heaven. It holds such promise for that day. Now, I drink with hope and assurance that one day I will be united with Christ and made perfect in His kingdom. I do not drink with fear. I do drink in my own home and avoid drinking in public in order to avoid the appearance of evil. (1 Thessalonians 5:22)

So the theory is this; Baptists welcome the occasional drink with biblical resound in mind, yet they don’t broadcast it for the sake of being too much like the world and hindering their witness.

Bottom line, we want people to know Christ. If alcohol is going to hinder that, cause someone to stumble, or in any way impact someone’s understanding of the gospel, we want to be mindful of that. However, the fact of the matter is that if it is not hindering someone, it means that we might enjoy an occasional drink on our own, which might be why we keep it to ourselves, but again, that’s just a theory.