Up and Coming Music for the Soul 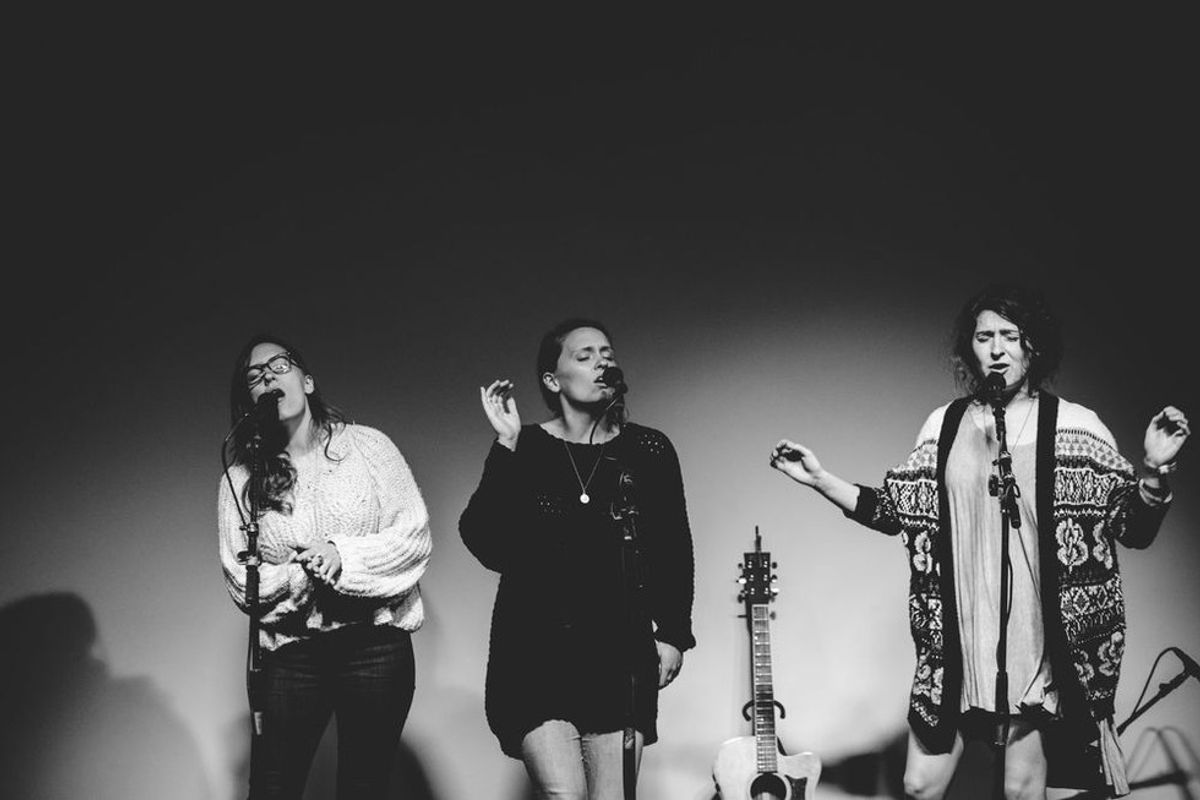 This weekend I went to a music festival called "Gentlemen of the Road" in the small town of Walla Walla, Washington. The festival consumed the whole weekend, closed off all the main streets of the town, and brought people from far and wide to watch huge headliners like 'The Foo Fighters' and 'Mumford and Sons'. And those bands were amazing to watch perform. But of all the bands that were there, my favorite by far was a band called 'Joseph'.

I walked down the main street of downtown Walla Walla on a Thursday night with some friends to see some of the local and smaller bands play. As we made out way down a side street and up to the stage, we heard three voices singing in perfect harmonization. I was immediately drawn towards their sound. When we arrived they were singing their most popular hit, Cloudline, a very gentle and powerful song. I loved being blanketed in their voices under the bright lights of the stage. Cloudline Video

'Joseph' is a band of three sisters from Portland, Oregon. The name 'Joseph' came from a couple different places. The first place was their grandfather, and the second was a small town in eastern Oregon where they spent time with their grandfather on his farmstead. Lastly, it came from the biblical figure. Along with the simple, yet intricate name, the home page if their website states, “Expect honest words and genetically perfected harmonies”. I can definitely say after their performance, that they met those expectations.

They went on to play Wind, a song where their sound was really powerful and energetic. Each sister was at their mic singing with their extremely complementary voices, and tapping their feet in sync to the song. I loved their show because it was so intimate. The relationship between the performers and audience was so close that when they played I felt like I was right up on stage with them feeling the sensation of the music. Wind Video

Some of the highlights of their show that night were also their covers. Unexpectedly, they did pop covers of Beyoncé’s Pretty Hurts and Britney Spears’s Toxic that were absolutely beautiful and unique. Toxic Cover

After the show as over I waited to meet the band. I had never heard of 'Joseph' before that night, and was curious to talk to them. They were so kind and fun to everyone they talked to. They even agreed to take a picture with me in their merchandise booth.

Over all going to see them play was not just a show, but an experience with the band and absolutely loved every minute of it. They are for those who are music lovers and those who are just looking for something beautiful!