​'Bad Feminist' By Roxane Gay: A Relatable And Provocative Read
Odyssey
CurrentlySwoonLifestyleHealth & WellnessStudent LifeContent InspirationEntertainmentPolitics and ActivismSportsAdulting
About usAdvertiseTermsPrivacyDMCAContact us
® 2023 ODYSSEY
Welcome back
Sign in to comment to your favorite stories, participate in your community and interact with your friends
or
LOG IN WITH FACEBOOK
No account? Create one
Start writing a post
Entertainment

​'Bad Feminist' By Roxane Gay: A Relatable And Provocative Read

Here's why this book should be your next buy. 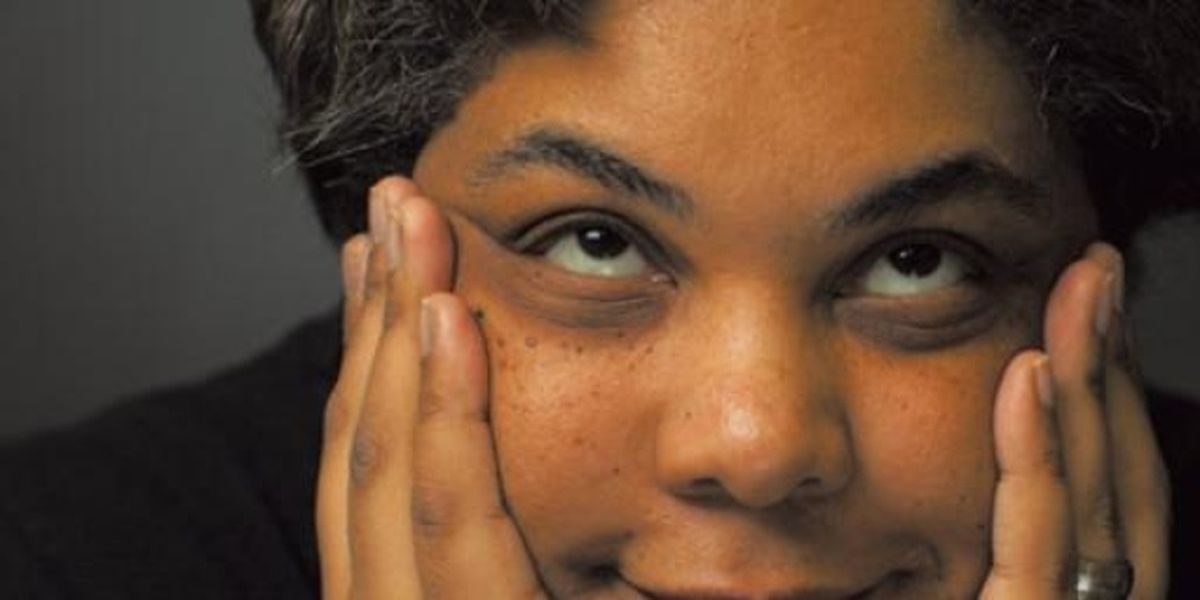 Roxane Gay’s Bad Feminist is a collection of essays on the intersections of race, gender, sexuality and politics in pop culture and her own experiences. She applies her complex feminist lens to Django Unchained, Frank Ocean, Fifty Shades of Grey, Tyler Perry, The Help and Sheryl Sandberg, among others. Her advice on “how to be friends with another woman” is hilariously accurate and her voice throughout the book is best marked by its honesty.

Gay refers to herself as a bad feminist because of her preferences that sometimes conflict with “essential” feminist ideals. She reads Vogue. She reveres maxi dresses. She is clueless when it comes to cars. She worries about focusing on her career and neglecting her love life and potential for a family.

“I am just trying — trying to support what I believe in, trying to do some good in this world, trying to make some noise with my writing while also being myself: a woman who loves pink and likes to get freaky and sometimes dances her ass off to music she knows, she knows, is terrible for women and who sometimes plays dumb with repairmen because it’s just easier to let them feel macho than it is to stand on the moral high ground.”

But she’s fiercely passionate about reproductive healthcare and eradicating rape culture. She rejects harmfully unrealistic beauty standards and calls for women of color and the LGBTQ community to be prioritized in the feminist movement. This shows up in her writing.

“Bad feminism seems like the only way I can both embrace myself as a feminist and be myself, and so I write. …The more I write, the more I put myself out into the world as a bad feminist but, I hope, a good woman – I am being open about who I am and who I was and where I have faltered and who I would like to become.”

I loved this book because of all the times I could have highlighted certain lines and said, “That’s me!” I, too, grew up reading about the Wakefield Twins in the Sweet Valley High book series. I love Scrabble (though, not to the competitive extent that Gay does). I admired Katniss Everdeen in The Hunger Games series. I shave my legs, though often delayed beyond what is socially acceptable. I like chick flicks. I don’t know much about cars. I like wearing makeup and dressing in a way traditional for women.

But I also care a whole lot about reproductive healthcare and worry about its cyclic disappearance. I struggle knowing when to turn off my brain and enjoy television and when to point to examples of its heteronormativity, racial stereotypes and implied misogyny. I strive for my feminism to be intersectional and work to fix it when it isn’t.

Of course, it depends on the reader’s perspective, but for me, when Gay wasn’t writing about something relatable, she was writing about something provocative. I was challenged to re-watch certain films or re-read certain books with a lens I had previously neglected. An example of this was her commentary in the chapter, “The Solace of Preparing Fried Foods and Other Quaint Remembrances: from 1960s Mississippi: Thoughts on The Help.” Her criticism of the book/movie as a “deeply sanitized view of the segregated South” revealed to me that my liking of this movie is a product of my whiteness getting in the way of my feminism. It motivates me to view stories with white saviors more critically in the future.

Gay also challenged me to consider new pieces of pop culture with a perspective I might not have thought about before. For instance, the HBO television show Girls. I was already not a huge fan of Lena Dunham, but I decided to try out the first episode to see for myself the problematic aspects of the show that Gay reviewed in the chapter, “Girls, Girls, Girls.” I could barely finish the whole thirty minutes of it.

Most of all, Bad Feminist challenged my critical thinking. What are the limitations of writing what you know and the need for better representation of identities in pop culture? How can criticism of semi-progressive thought enforce double standards and prevent progress at all? What does it mean to exist in a culture that has strict expectations of how gender is performed? Check it out for yourself.