7 Awesome Childhood TV Shows To Rewatch If You Grew Up In Early '00s And Miss True Television Substance
Odyssey
CurrentlySwoonLifestyleHealth & WellnessStudent LifeContent InspirationEntertainmentPolitics and ActivismSportsAdulting
About usAdvertiseTermsPrivacyDMCAContact us
® 2023 ODYSSEY
Welcome back
Sign in to comment to your favorite stories, participate in your community and interact with your friends
or
LOG IN WITH FACEBOOK
No account? Create one
Start writing a post
Entertainment

Although the golden age of children's TV has passed, these early 00s TV shows remain relics of an iconic past that you can relive again. 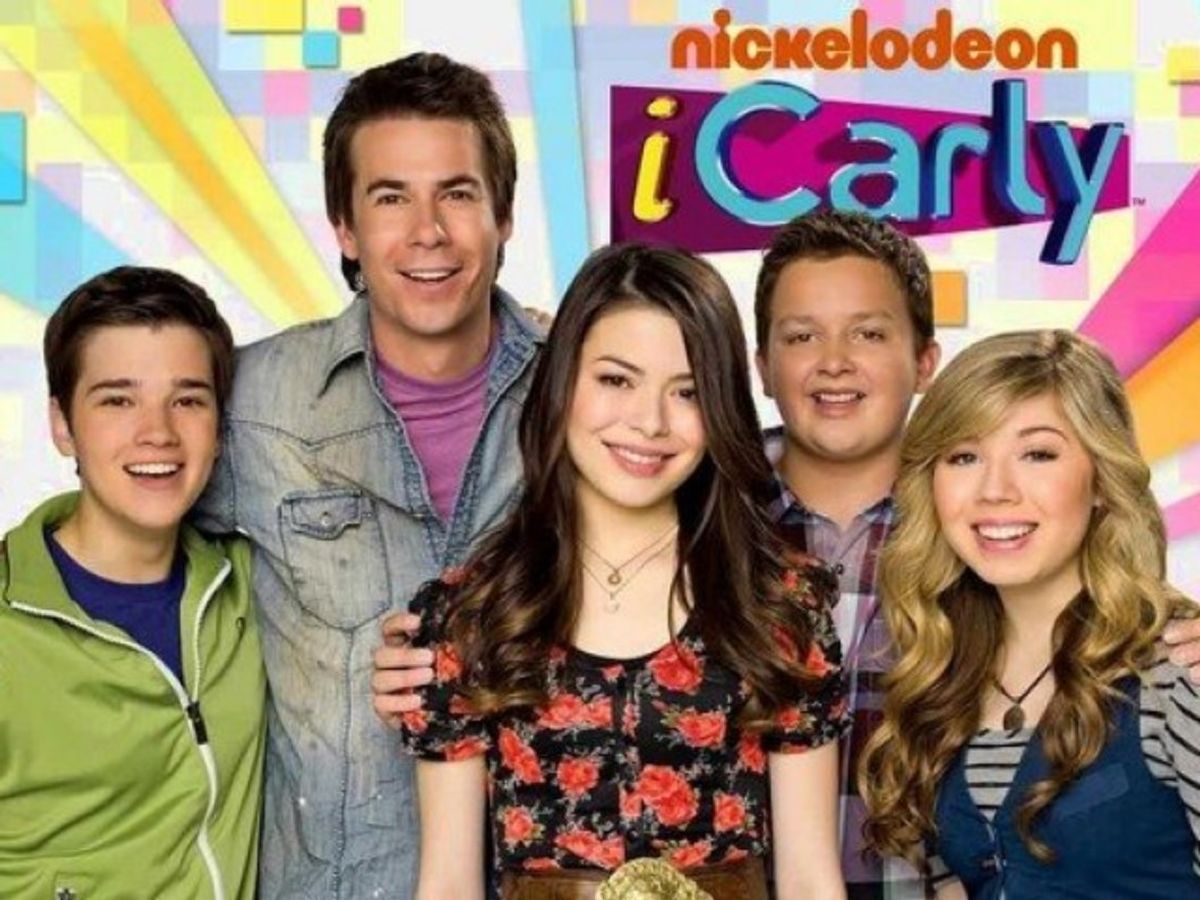 The early '00s was a time unlike any other: the calm before the storm of social media's great big blowup, the Kardashian's TV takeover, and an age dominated by millennialism. In my opinion, it was also the greatest time to be a kid raised by television. There was nothing like it, and there will be nothing like the children's television shows of this iconic period. Arguably reaching its peak in 2009, the children's TV shows of today are severely lacking jokes, hidden satire and downright pizzazz that we '00s kids grew up with.

And although that is a great shame, you're in luck! You can still rewatch all the greatest shows of the golden age of children's programming, starting with a few of the best (in no particular order).

This iconic duo will forever remain the best sibling rivalry/relationship in Nickelodeon history. Drake and Josh, stepbrothers and occasionally friends, had two starkly-different personalities and a sister (Megan!), who seemed to bring out the worst in them through her own shady tricks.

The comedy in this show is stand-up-and-slap-your-knee humor that I still find amusing to this day, and this show also reminded me that also siblings can be a pain, there is something beautiful in the relationship that every sibling has no matter how much they get on your nerves. P.S.: After rewatching this show, check out Josh's YouTube channel. He looks totally different!

Forget everything you know about "Teen Titans Go!" now playing on Cartoon Network; it's a watered down, dippy version of what was once bold, brilliant and beautiful."Teen Titans" was more than a superhero show for me. It tackled relationships, mental health and violence through beautiful animation and well-developed characters with diverse narratives. Nothing beats the original "Teen Titans," and its iconic characters and deep episodes often shocked me with their hidden meanings and messages.

I feel like most of the cartoon superhero TV shows for kids today lack that sort of depth and replace it with slap-stick comedy. Whenever "Teen Titans Go!" touches on something that was once deep in the original Teen Titans, it is quickly looked over, and an idiotic joke or storyline is put in its place. But watching this show makes me remember the good ol' days of television substance.

3. Malcolm in the Middle

Dysfunctional families are always fun to watch on television, but this "family" show put the "d" in dysfunctional. "Malcolm in the Middle" is every middle child's experience growing up, times 10! In a family of six that only seems to grow, Malcolm lives in a world that seemingly works against him: two parents who are downright kooks (especially his mother, Lois), an older brother who hovers on abusive and has bricks for brains and a smart little brother who also gets the lower end of the stick.

Although many of the family shows we have now include relationships that are hectic but cute, living arrangements that are comfortable and children who are (more or less) upstanding citizens, "Malcolm in the Middle" defies these expectations. Malcolm's family, the Cleavers, are poor, and while his parents love their family unconditionally, they don't always make the best decisions for them.

Watching this show as a child made me realize not everything in life is going to be perfect, and sometimes, you have to make the best with what you have, which is something totally opposed to the picture perfect lives of today's Disney families.

Up until 2009, this show was amazing! Lighthearted, funny and silly at times, "Spongebob Squarepants" seemed to wipe all my childhood worries away with the sound of infectious laughter. This show's enigmatic storylines and characters made it such a phenomenon in the world of childhood shows, but sadly, like many cartoons, things have changed. No longer are the hidden jokes a common feature nor the characters downright, in-your-face inappropriate at times.

Not only this, but SpongeBob himself was once a beacon of joy, positivity and imagination in my daily life. Spongebob could make any scenario and any situation a game with his positive perspective, and this show encouraged me to approach any situation with the same outlook, even to this day.

SEE ALSO: 51 Classic Disney Movies That Will Rewind Your Childhood

Contrary to her presentation in the past few years, Miley Cyrus was not always the die-hard, party girl who just couldn't stop twerking and being a wild child. In fact, she was the hometown sweetheart who loved country songs just as much as she loved her daddy (Billy Ray Cyrus). Hannah Montana was the girl who balanced not only the woes of high school and relationships, but also two different lives: a pop star and normal, high school girl.

Hannah and Miley were two different souls separated only by a wig and a killer wardrobe. Hannah toured the country, singing for the masses a mix of pop and country, while Miley attended school in Malibu and went on silly adventures with her best friends."Hannah Montana" was not only a TV icon but an actual artist (I would know, I bought a few of her CDs!).

Miley and Hannah are the girls in all of us who try to please everyone but end up hurting themselves in the process. They both taught me the importance of being comfortable in my own body and being confident through fun songs and even more fun storylines.

After Miranda Cosgrove tormented the hell out of her brothers on "Drake & Josh," she made the dramatic, yet fitting shift to an awesome show called "iCarly" that was as random as it was hilarious."iCarly" was the Dan Schneider production that topped all others in its storylines and insane characters, like Carly's brother, Spencer, who was honestly the most random of all. The show centers around a girl who, with help of best friends, Sam and Freddy, creates a successful web show and balances high school life with the two often intertwining.

Sam and Freddy are incredibly funny characters whose narratives are so drastically different from Carly's and the rest of the characters that at times, they are hard to follow. The three go on a number of fun adventures with Spencer at the helm and along the way learn some helpful life lessons. I loved this show for encouraging me to be creative, random and funny and for also pushing me to try spaghetti tacos.

This is most definitely a female bias, but this show has girl power all the way! Alex, Sam and Clover were not your average teenage girls. Of course, they were fashion-forward, loved makeup and had their share of boy troubles, but they were also much more than that; they were spies! Intelligent, skillful and fearless spies who used their passion for fashion and glam to beat bad guys and save the world.

I love how this show incorporated feminine things such as makeup and fashion into a world of violence and male-dominated espionage. Not only were females displayed in a powerful light, but these spies possessed a strong sisterhood that could not be separated by anything. "Totally Spies" taught me that being a strong female doesn't mean you have to give up what you love. You can be yourself and a bad*ss without expecting the judgment of others, a message that surpasses time and age.