Be Awesome, But Not Too Awesome
Odyssey
CurrentlySwoonLifestyleHealth & WellnessStudent LifeContent InspirationEntertainmentPolitics and ActivismSportsAdulting
About usAdvertiseTermsPrivacyDMCAContact us
® 2023 ODYSSEY
Welcome back
Sign in to comment to your favorite stories, participate in your community and interact with your friends
or
LOG IN WITH FACEBOOK
No account? Create one
Start writing a post
Politics and Activism

Be Awesome, But Not Too Awesome

Are we really encouraging others to thrive, or only to the point that we are comfortable with? 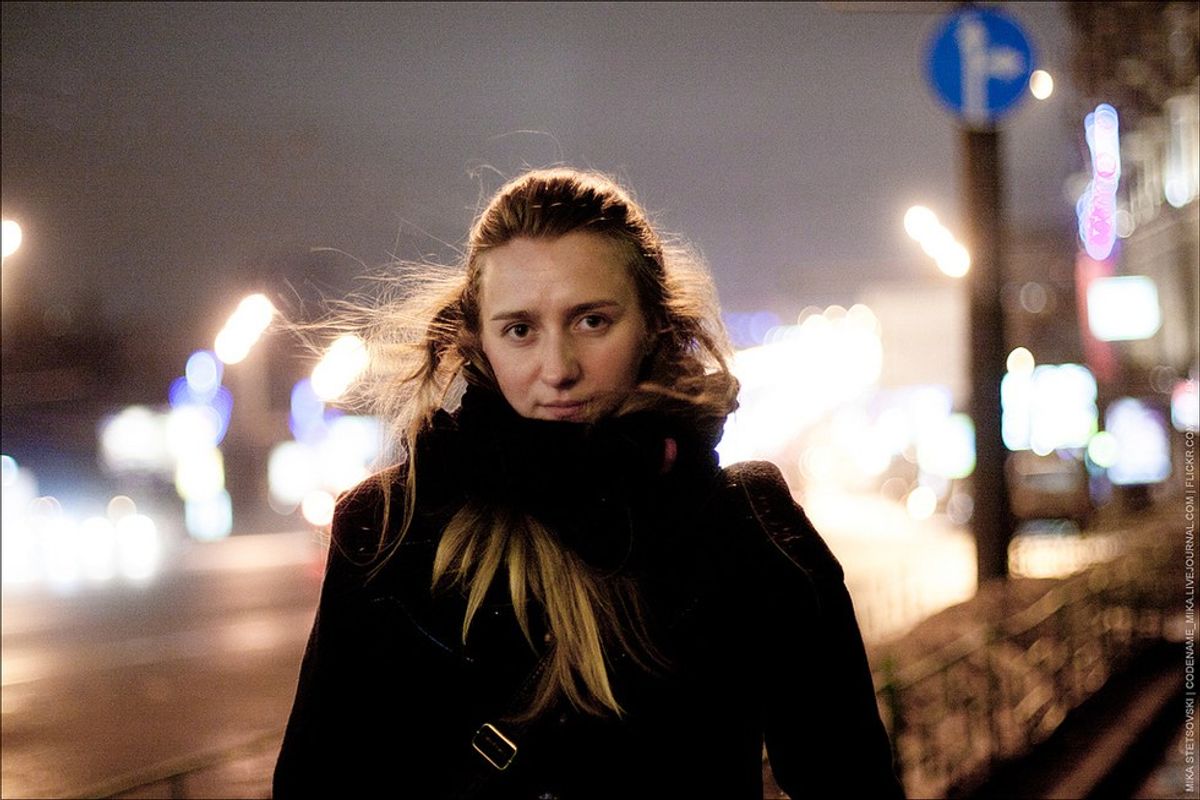 We all want to do great things in this life and well, be awesome. All throughout our childhood and schooling, we hear from our elders to pay attention so we can grow up and contribute to society.

I remember dreaming in class of all the things I could do and be in the future. It all seemed to clear, simple, and exciting. As a twenty-one-year old young woman now, It has become evident that it's just not that simple.

Society wants you to do great things, just not anything that will threaten the natural, patriarchal ways the world spins on. People are so quick to encourage, clap, maybe even lend a helping hand when it comes to fantasying our 'what if' day dreams. When we start to backup these dreams with solid plans however, that's when the judgements and ridicule start pouring in.

As a young woman specifically, I can be a lot of things, just not too much of them.

If I want to be awesome in academics and spend my free time on a Saturday geeking out over a new book I just bought or an article that I find interesting, I'm boring.

If I decide to actually go out and have a couple drinks with some friends instead, I'm a party girl with no sense of direction.

You want to be successful and be a confident leader that gets work done? Nah girl, you're just stuck up and demanding now.

Speak up for your beliefs just be sure to not get too emotional about it because your passion will turn into hormonal blabber.

While you're at it be super friendly every time your in public, introduce yourself to everyone you come across, and never stop smiling-- not that much you're just being fake now.

This might come across as extreme, but it's true. We are surrounded by a world that superficially encourages us to, 'be confident in who you are' or 'rise above' but doesn't bother activating against the unequal wage gap or the girl being sexually harassed for being naturally curvier than most.

The harsh judgements don't end at the topical level either. I recently had someone tell me they had a friend question my motives behind volunteering for a blind man on my college campus. I believe her exact words were, "Is she really that nice or does she just want people to think that about her."

I usually don't read much into the wrong thoughts people think about me, especially if they don't know me. However, I couldn't help and wonder what others would think if a young man were to volunteer like I have. I imagine they would assume that he was a super duper cub scout that earned all the right badges and is a true gentleman.

I am aware we can't control everyone's first impressions and shouldn't care too much anyway. I have caught myself holding false judgements on people around me as well, more often towards women. This shouldn't be an excuse though. Just because everyone does it and 'it's how things are' doesn't mean that's how it has to stay.

Why do we assume women who dress nice care too much about their appearance, but think they should care more and be less basic when they decide to go with the yoga-pants baseball-hat day?

Is the girl you're gossiping about really trying to copy you and steal your friends, or does she simply like similar things as you?

Do you really want her to succeed or just to the point that doesn't surpass your accomplishments?

Now for those of you rolling your eyes while reading this girl's 'feministic rant'-- check yourself. I caught myself growing nervous writing about my observations in fear of making people uncomfortable or being too aggressive. But i'm hurt. I'm hurt that people are so quick to judge me as a woman before being a person. I'm even more hurt to recognize that I am guilty of doing this, and i'm not the only one.

All I'm asking is for us to back up our superficial 'go get em girl' attitudes with sincere action. Stop the gossip, speak up for the voices that have been muddled by false perceptions, ask yourself why you feel the need to speak negatively and don't be intimidated when someone seems 'too awesome.' Take notes and build one another up, even behind their backs. I promise you won't regret it.