Your Birth Month As Your Avengers Infinity War Character

Your Birth Month As Your Avengers Infinity War Character

Marvel's biggest crossover event of the year has some amazing characters that you could celebrate a birthday. with. 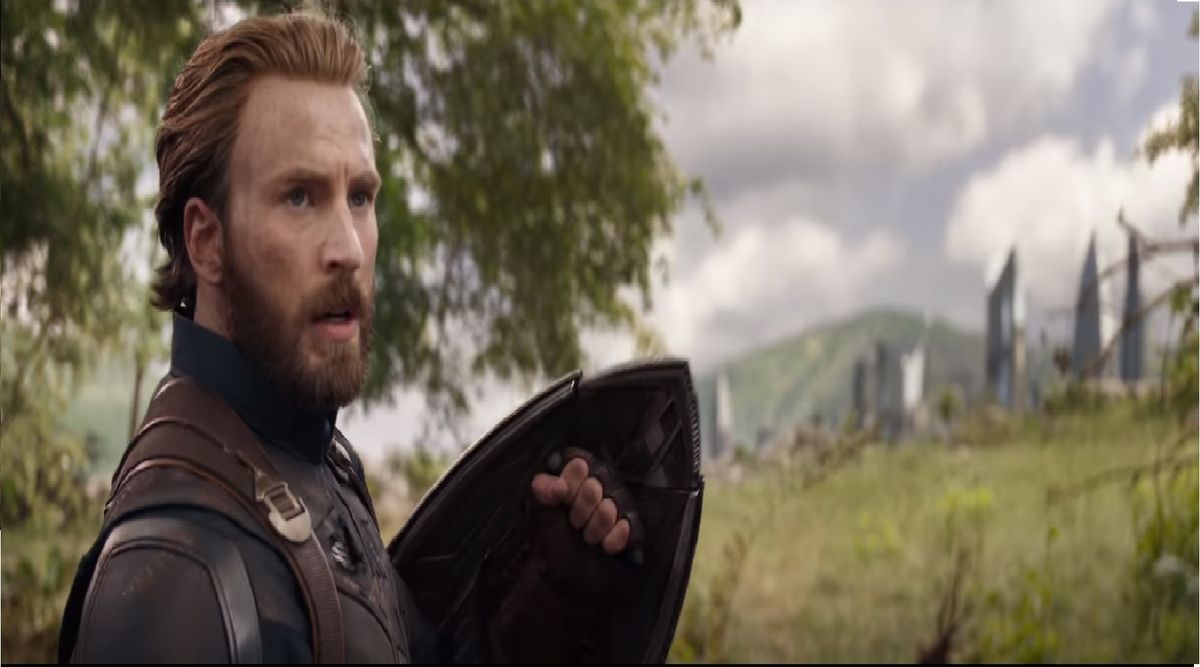 The newest trailer for Marvel Studios' biggest movie event ever, Avengers: Infinity War, dropped a few weeks ago and the hype for it has never been bigger. All of the Marvel Cinematic Universe's characters of the last ten years will finally be in a two-part film event to take down one of their biggest (and most powerful) foes to date.

Tom Holland's incredible debut as Spider-Man in Captain America: Civil War was embraced by Marvel fans everywhere, and his solo film that came out last summer was just as good. He represents a fresh start, like any new year, and has great qualities that all you New Year babies are!

The loveable Groot from Guardians of the Galaxy has three words in his vocabulary, let's hope you don't. However, Groot is a friend to all he meets, and the month of love and respect is the best choice for this character! Let's just hope you never say 'I am Groot' to a professor or your boss when they want an answer.

Natasha Romanoff is a former agent of the KGB and S.H.I.E.L.D, as well as being one of the founding members of the Avengers. She's headstrong, never depends on being 'lucky' (although sometimes it may seem as so), and is overall a perfect character to identify with as winter turns to spring and it gets warmer out!

Recently losing his eye and hammer in Thor: Ragnarok, Thor remains a strong component to the MCU as well as being the perfect choice for this month. Since it rains a lot this time of year, and he is the god of thunder, why not make the combination? If you're born in April, this is the best choice for you as the movie itself premieres April 27th (selfish plug).

The character that kick-started the MCU back in 2008, Iron Man is the epitome of enigmatic superheroes that still knows the line between right and wrong. As summer begins, you best have your best swimsuit or shorts ready to wear like Tony Stark vacationing and driving in a race in Italy before being attacked by Whiplash. (Disclaimer: there is no such threat in Italy, people.)

"HULK SMASH!" is probably the first thing you said at your first birthday party, smashing the cake or throwing your presents around in the house. If you were born in June, Hulk is your choice due to a change of weather, a change of clothes for the beach, and a change in attitude from hibernation to exploration as you travel around for the summer. Plus, you might have a connection with someone born in March since Hulk and Black Widow have a romantic angle throughout most of the MCU.

July 4th is America's founding anniversary, so it's no such coincidence that Captain America, Steve Rogers, is your birth month Avenger. You can identify with him as being headstrong, calculating, and overall self-confident as the summer rolls along and your 'beach bod' ain't looking too good. Also, I don't think shields can be used as surfboards.

The leader of the Guardians of the Galaxy, Star-Lord represents August as a last-ditch effort to get some summer activities in before fall sets in. Also, I was born in August so he's my choice regardless hahaha. However, Star-Lord is a perfect character from the MCU that connects with audiences as being outright human in a different universe.

One of the most popular characters in MCU, Black Panther represents hope, change, and even strength as fall sets in. Additionally, the recent success of Black Panther the movie has increased Wakanda's great protector as an underrated hero in the MCU. Be proud if you were born in September, WAKANDA FOREVER!

October is always a popular season for those who love Halloween, so why not have a mystical heroine from the MCU be your birth month Avenger! Defiant and powerful, Wanda Maximoff is your best option to identify with!

Armed with dimensional powers through an Infinity Stone, Stephen Strange is November's Avenger for his calm presence as a sorcerer, his willpower to fight back, and his defiantly headstrong personality. Be proud to be born in November and identify with his strengths!

"Destiny still arrives...I hope they remember you..." If you have ever said this to a professor before a final exam, or even to your parents as you strut down the stairs on your birthday, then Thanos is your guy, I mean person, I mean alien. Let's hope you don't get all the Infinity Stones on your birthday that month because that might put the world at risk.

This morning, the Instagram account Black at UKY (@blackatuk) posted on their story, asking for fellow students to share their concerns about returning to campus over the next week. This student-run account has blown up in popularity over the last month or so because of their attention toward and consideration of all social issues that students are concerned about, as well as their personal experiences on campus with such issues. Although their namesake specifically references the Black Lives Matter movement and racial disparities on campus, their inclusion of a wide spectrum of issues prevalent in students' lives has drawn much attention within the UK community.

Could THIS be the most dramatic season in "Bachelorette" history?

Amanda Brennan
University of Illinois at Urbana-Champaign
@tayshiaaa on Instagram

Rumor has it that Clare found her person early on in the process and did not want to continue with the process of leading other men on throughout the season.