3 Major Plot Holes With Captain America In 'Avengers: Endgame' You'll Be Thinking About For Infinity

3 Major Plot Holes With Captain America In 'Avengers: Endgame' You'll Be Thinking About For Infinity

"Endgame" may be the best movie ever made, but that doesn't mean it doesn't suffer during parts of its storyline. 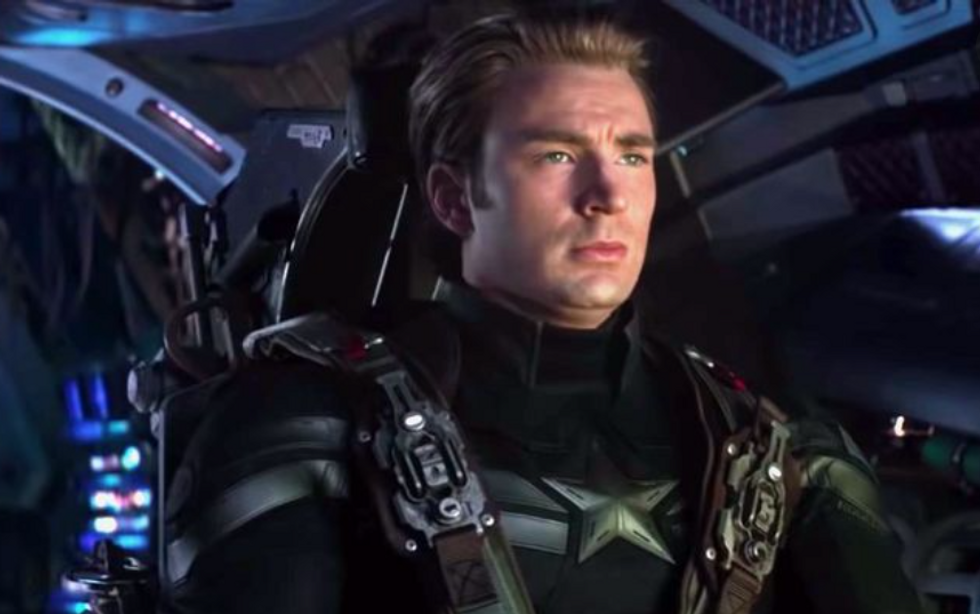 "Avengers: Endgame" broke multiple box office records while becoming the biggest movie of all time, beating James Cameron's "Avatar", and for good reason! It's a culmination of all of its previous movies and characters coming to its climax in a way that's never been attempted before.

Marvel fans have been invested with these characters for over 10 years and everything they've all gone through comes down to this movie.

Which is fine! That's what fan-fiction is for. Believe me, I love this movie. I cried multiple times when watching it, I even got a tattoo inspired by it. It is one of the greatest movies of our generation.

First of all, Steve has multiple places he needs to return the stone to: Earth, Asgard, Morag, and Vormir. He, of course, has Mjolnir and can, therefore, summon the Bifrost to get to Asgard. The Bifrost can go to all of the Nine Realms, but I'm pretty sure Morag and Vormir aren't in these realms. How the hell is he getting to these other planets? Did Scott shrink him a ship? Did Steve somehow learn how to control the Space stone to get to these planets?

Also, when he gets to Vormir, does he see Red Skull? Did they throw hands-on sight or did they just have a very tense conversation?

There is a way that Steve could have reverted the Space and Reality Stone to their previous forms: the Time Stone. Doctor Strange showed us that you can revert an object to its previous and future forms (i.e. the apple). But that requires Steve to be able to use the Time Stone. Does he learn before he leaves? Does he seek out The Ancient One in the past to do it for him?

The specter is an issue too. I didn't see it with Steve when he left, unless again Scott shrunk it down for him. Did Steve have to build a fake scepter to replace the other one with?

The biggest stone I have a problem with is the Soul Stone. How exactly do you return the Soul Stone? To get the Soul Stone, you had to lose that which you love. So, what happens when you give it back? Would Steve get Natasha back? (And if he gets Natasha back, is that who he actually gets with and can't tell Sam because it will mess with the timeline?) What happens to it? Answers? I need answers.

After Returning the Stones

So, Steve decides to stay in the '50s with Peggy and live the life he was supposed to have. The scene is really cute (even though I ship Stucky). Does this mean there's been two Steve's all this time? Steve would have to stay in the shadows, otherwise, he'd change everything because Steve knows everything.

If Howard knew he was alive, he would have stopped looking for him and he would have had a better relationship with his son, and Tony could have never become Iron Man and therefore, never save the universe.

On the other hand, Steve knows everything. He knows about all the atrocities and painful events that will happen in the upcoming years. The MLK assassination, the JFK assassination, 9/11, where Bucky is, etc. He'd have to live with the fact he couldn't stop these events from happening and I can't see Steve doing that.

He said it himself in "Civil War," "If I see a situation pointed south, I can't ignore it. Sometimes I wish I could." So, he probably stops these things from happening and also gets Bucky away from Hydra. If he does mess with things, is he living in an alternate timeline? And that is a whole can of worms on its own because if he's in an alternate timeline, can he really return the Stones to their original timeline?

So, to wrap it all up, it's complicated. Steve returning the stones is complicated, but I may have worked it out. And this all banks on Steve learning how to use the Space and Time Stones.

Steve returns the Power and Soul Stones first using the Space Stone to travel there.

Steve then goes home to Peggy with the remaining Stones. Steve uses the Time stone to revert the stones needed back to their original forms. Steve gives Peggy the Tesseract to put back at Camp Lehigh.

Steve lives his life with Peggy and then in 2012, he casually drops the Mind Stone (and somehow built a scepter) off at the Avenger's tower and walks over to the New York Sanctum to give The Ancient One the Time Stone.

The next year he uses Mjolnir to open the Bifrost to Asgard and gets the Aether to go back into Jane's body. This is when he gives Mjolnir back to 2013 Thor and then somehow gets back to Earth. I bet Heimdall knew what he was up to because Heimdall sees all, so maybe Heimdall sends him back.

This is just my version of filling plot holes. Everyone has been speculating on how Steve does it and that brings up something else.

Chris Evans has stated that he feels the character is finished, but he'd be willing to come back to play the character IF it feels right. He doesn't want it to just be a cash grab, it would have to add to Captain America and the Avenger's story.

So, what better way to fill these plot holes than by making a limited TV series on Disney Plus to show us how Steve Rogers does it? I'd cry with happiness and I'm sure a lot of other Marvel fans would too. I might just cry because it's Chris Evans and I love him, but Disney should jump on this either way.