An Athlete, Model and Young Leader: Let Me Introduce You to Dale Moss
Odyssey
CurrentlySwoonLifestyleHealth & WellnessStudent LifeContent InspirationEntertainmentPolitics and ActivismSportsAdulting
About usAdvertiseTermsPrivacyDMCAContact us
® 2023 ODYSSEY
Welcome back
Sign in to comment to your favorite stories, participate in your community and interact with your friends
or
LOG IN WITH FACEBOOK
No account? Create one
Start writing a post
Sports 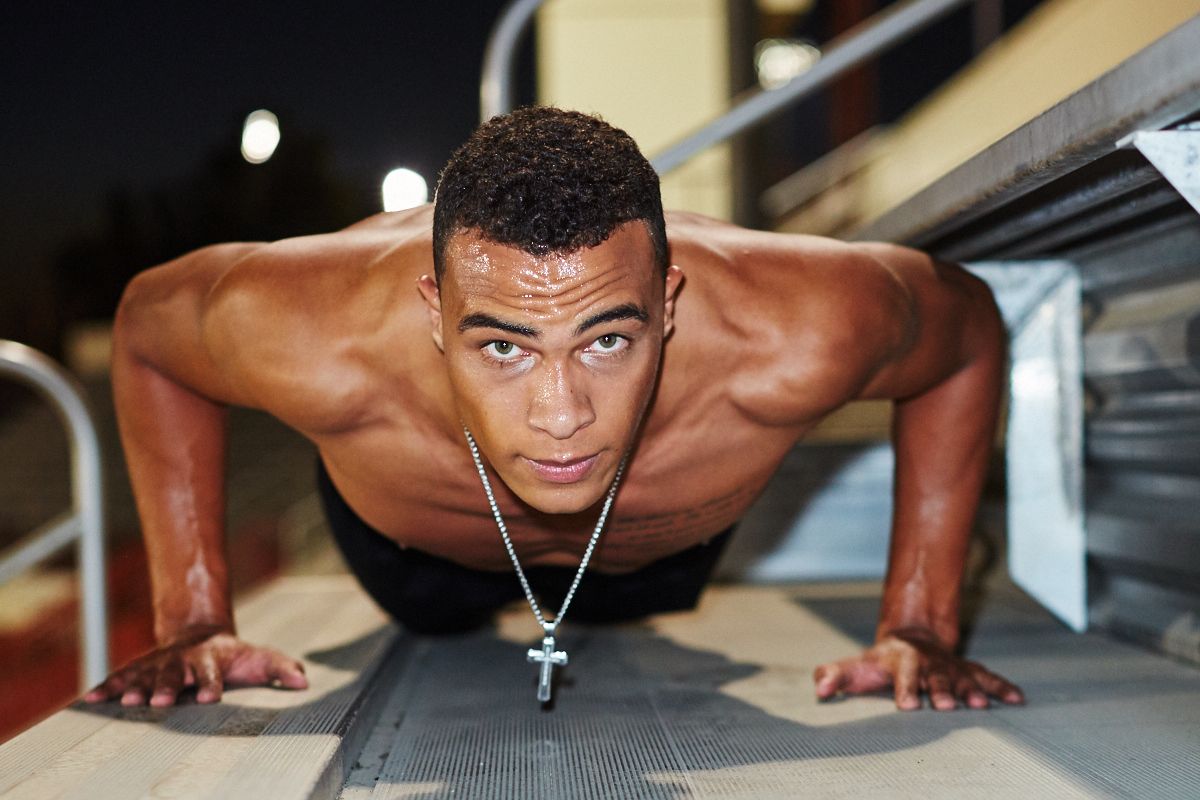 “I'll never stop the chase and I'll never look back."

With bright lights gleaming down on the emerald turf field, a mixed race 6-foot-3, 215-pound man takes a moment to appreciate life, as thousands of screaming football fans cheer him on from their seats.

All around athlete, model and young leader, 26-year-old, Dale Dave Moss has already achieved success in three different industries, but the path to get there wasn't so easy.

Moss was born on Sept. 26 in a small, predominately white town of 500 people in Brandon, South Dakota to a family dealing with an ongoing civil rights movement. “My dad is black and my mom is white so we dealt with a lot of racial tension," said Moss. "My mom's side of the family disowned her for marrying a black man."

Moss' father was very much in love with his mother, but due to the complications with her side of the family and the disapproval of their neighbors, he was often in and out of Moss' life. At a young age, Moss learned how to become the man of the house protecting his loving mother and three sisters, one of who is handicapped.

The only thing that relieved Moss from his daily pressures was basketball. He learned the game from his mother, who played in her high school and college days. “I was good and my skills caught the attention of the other families in the neighborhood when I was in middle school, and that's when the town started to accept my family."

Moss had a dream of becoming a NBA athlete and quickly became obsessed with the idea, watching every game and practicing with his best friend, Nate, daily. Many universities recruited him, but after Moss' mother was diagnosed with liver failure due to a staph infection in her knee, his choices were suddenly very limited. “I chose to play at South Dakota State and be close to home because I still had the responsibility to take care of my family," Moss said.

His hometown, the university and many fans came together to guide, support and protect the Moss family. His mother was on her deathbed for six months and one night during the semi-finals, Moss received a phone call from the doctor telling him if he ever wanted to see his mother again, he needed to get to the hospital immediately because she wasn't going to make it through the night. Moss left the tournament with a heavy heart to visit his biggest fan one last time.

Moss fell asleep in his mother's hospital bed holding her all night. “I woke up the next morning and I don't even know what happened," Moss said as his greenish-hazel eyes looked up towards the sky, “but my mother survived and a new liver came into the hospital for her transplant. It opened my eyes and made me realize that there is more out there and God has a plan for all of us."

Moss went back to school with a new mindset. Even though he was already extremely busy with D1 basketball and multiple jobs including nightlife bartending, he decided to try out for SDSU's football team. “I didn't want to look back and regret anything so I tried out for spring ball, had a great year and got selected to be drafted in 2012 to the Green Bay Packers."

Throughout his three year NFL career, Moss signed to five different teams. “It sucked changing locations," he said. “It freaked me out and it was frustrating because I was new to the game. I played one year in college and had a great year, but I still had a lot to learn."

Moss finished his NFL career with the Chicago Bears due to a shoulder injury. “My career was positive, but I was never satisfied because once I reach a goal, I've already formulated a new one." Moss explored other avenues and became successful in the oil industry where he learned how to become a businessman. One day at an event in Los Angeles, a photographer discovered Moss. He agreed to a few shoots and made some money so he decided to take it up as another career to hopefully land him a spot in the entertainment industry.

Moss reinvented himself outside of his athletic career and proved that he can be successful in anything as long as he stayed driven and motivated. He currently stays involved in sports by hosting annual charity football camps and gives back to his community with multiple community service projects such as visiting the Shriner Children's Hospital.

Some may think Moss has way too much on his plate, but he disagrees. “I'm confident in what I can do," Moss said. “I have a great support system so I just have to work hard and the rest will fall into place."

Moss plans on continuing in the oil and entertainment industries and intends on releasing his new fashion line based upon high end every day life wear, as well as opening a new restaurant because he has a huge passion for food.

According to Michael Morriatti, one of Moss' closest friends, “he's excelled most in sports so far, but he'll be most successful in the entertainment industry." So Dale continues to be hungry, humble and listens to the cheer of sweet victory.