"If you don't know what The Ceiling is the Roof means, then you're no Tar Heel." 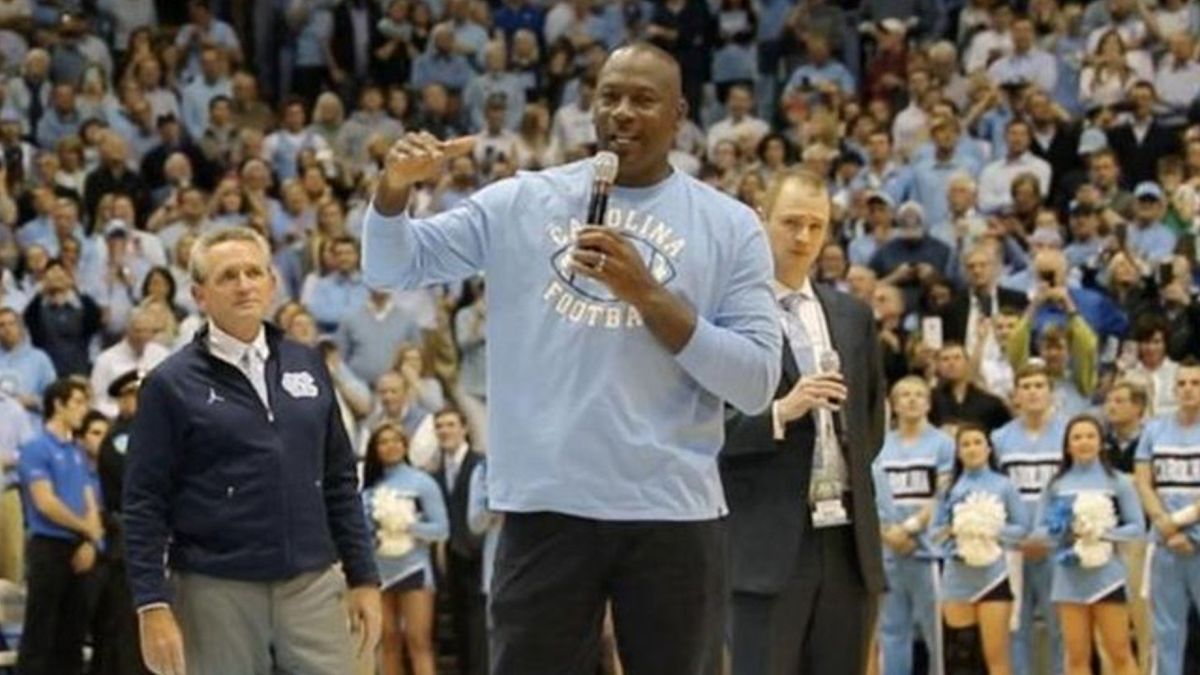 "If you don't know what 'The Ceiling is the Roof' means, then you're no Tar Heel."

Maybe you've seen this game day video. You know, the one where a whole cast of UNC favorites, including both Roy Williams and Larry Fedora, join forces to say, "The Ceiling is the Roof."

After watching this video for the eighth or ninth time this weekend in Kenan, I started thinking: What does this slogan of my university actually mean to the people who go here? Is there one catchy definition, or is it just something we say? Do any of us know what it means?

To me, The Ceiling is the Roof is basically the Michael Jordan way of saying the sky is the limit. But I decided to put it to a poll, conduct some interviews, and get right to the crux of the issue: how do others interpret what MJ said at that fateful March 5, 2017, Duke game (which, by the way, we won - because The Ceiling is the Roof).

The poll was posted in the UNC Memes for National Champion Teens Facebook page, a page with 3,278 members, all of whom presumably attend UNC. Of the 421 respondents, 62 answered, "Anything can be turned into a slogan and make money if you throw a Jumpan on it." 151 answered, "Obviously it's because there is no ceiling over Kenan, so the possibilities are endless (aka there's no roof)." 198 answered, "Ceiling + Roof = GOAT." Five smart alecks responded, "What? I've never heard this before." Finally, five apparent imposters in the group responded, "Just kidding, I'm not a Tar Heel so I have no idea."

Clearly, there's some conflict even among UNC students (and five imposters) about what the university's adopted catchphrase means. Some students tried to clarify it for us.

Mackie Teranto, a sophomore, said, "I think it means there's no ceiling on your capabilities - no limit to what you can do. So when you think of a ceiling, that's all it is, a physical roof." This more metaphorical view appeals to a lot of people because it's kind of the same "sky's the limit" idea I mentioned at the beginning.

Another metaphorical view was provided by junior Danesha Byron: "Ceiling is the Roof means we're no longer reaching for the stars, we're reaching for the roof. It's in the Tar Heel blood to raise the roof." I liked this idea because it added an aspect of MJ encouraging us in all facets of our lives. Raising the roof no matter what we're doing.

Freshman Will Worsley said, "Mr. Jordan was simply making a factual statement that was in no way intended to inspire. The ceiling is, in its most pure sense, the roof." I mean, he's right. You just can't argue with the logic. But I think it'd be weird to mention that completely out of context as you announce your new sponsorship and awesome branding of football gear. Then again, Jordan's kind of an eccentric guy, right?

Sophomore Rachel McKinney provided my favorite anecdote I've heard on this topic. She was at a Duke football game one week (she was paid to be there, don't worry), and the Duke University Marching Band (abbreviation DUMB) proudly announced, "Here at Duke University, we understand that the ceiling and the roof are two architecturally different components." Okay Duke, but like, do any of your former players sponsor your football team? Do you have a catchphrase? Can you abbreviate your name to University of National Champions? Didn't think so.