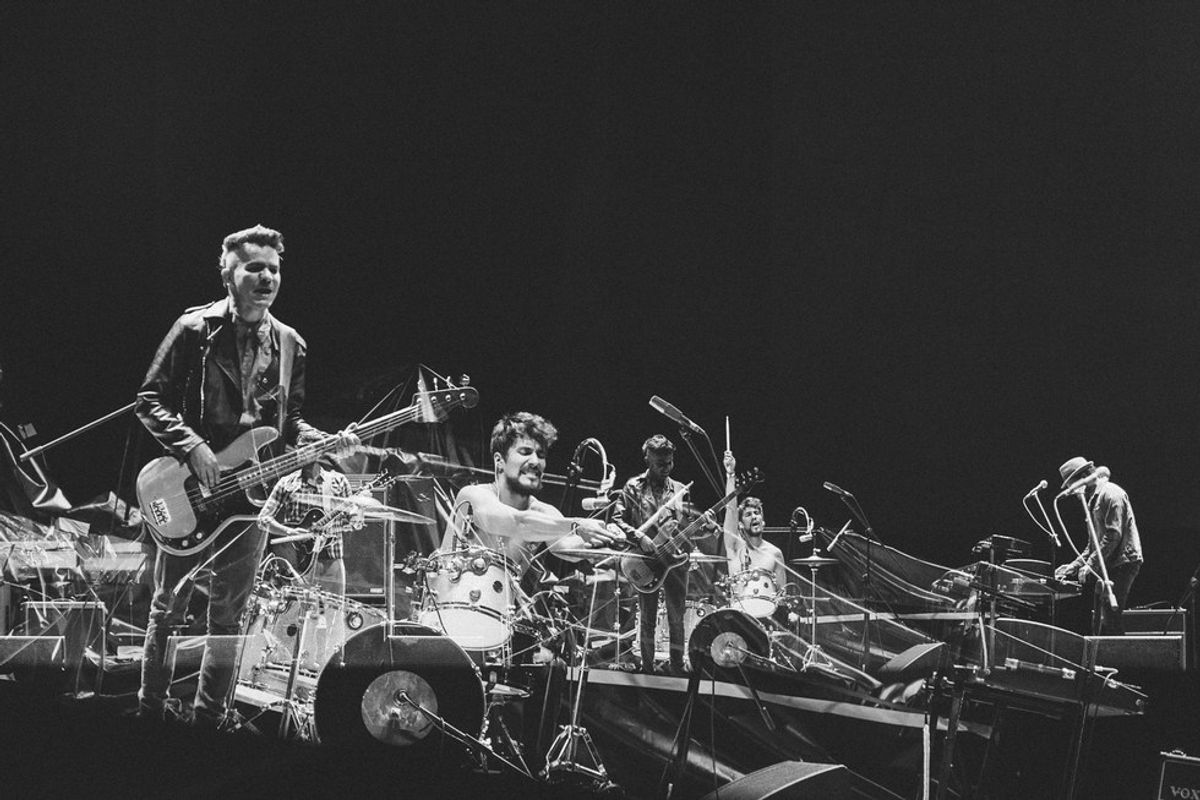 Hello again, this week we're going to discover a band that you may or may not have heard of before. I actually just discovered this band on Thanksgiving thanks to the Macy's Thanksgiving Day Parade.

Diamante Eléctrico is a three piece rock and roll band from Colombia. These Spanish rockers have been releasing albums since 2013 and another two since their self-titled debut album. Members of the band include: Juan Galeano, Andee Zeta, and Daniel Álvarez. The trio have been recognized as one of the better rock bands in the Latin American region. They have been nominated and won the Latin Grammy for Best Rock Album as well as being on the top of the Billboard charts for rock and Latin rock.

These guys have been around for a few years now and I had never heard of them. As someone who listens to genres such as jazz and rock. I do occasionally listen to Latin jazz, but not as much when it comes to Latin rock. Thanks to the Macy's Thanksgiving Day Parade this year, the band was invited to perform on one of the floats and in fact, was probably my favorite part of the parade. As they rolled up on screen and their name was projected; I started to become instantly amused as their sound really caught my attention. Sticking to the roots of rock and blues, the band was accompanied by a trumpet and bari-sax player who helped show off this unique sound and let the country discover Diamante Eléctrico.

This Latin rock band does most of the speaking for themselves with their instruments so, their isn't a whole lot left that I should say other than I am very thankful for watching the Macy's Thanksgiving Day Parade and being able to discover Diamante Eléctrico. Ever since that morning, I have been listening to these guys non-stop! Every album is the perfect mix of rock and roll and a few songs will feature a horn or saxophone. Diamante Eléctrico has quite the versatility and you've probably never heard of them.

I hope you enjoyed this article and start to listen to music out of your comfort zone or to music that's not from our country. You can find some amazing artists and bands all from around the world. Happy Holidays!

Nicole Marie Nigro
Individual Creator
7401
c1.staticflickr.com
Where to start...... Let me start with the cliche that life throws us curveballs and what we do with it is what counts.