An Argument In Favor Of The Night Owl
Odyssey

An Argument In Favor Of The Night Owl

In honor of those who like to stay up late. 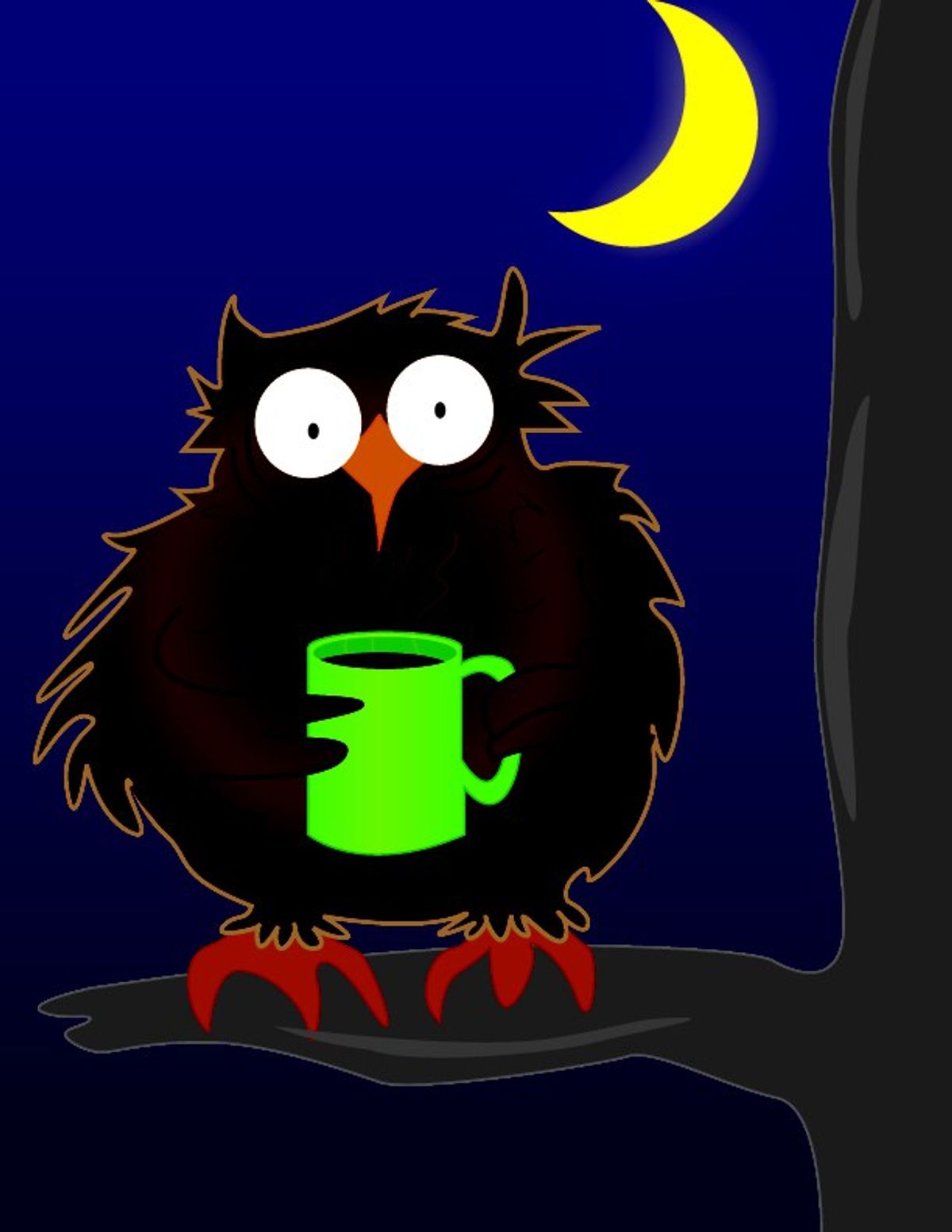 I've been a "night owl" my whole life. What does this mean? It means I perform better at night, and would rather stay up late doing work than wake up early. In college, the night owl route is a popular one, but many adults would argue that the real world doesn't look kindly upon those of us that like to stay up late. Here's an argument in favor of all you night owls.

First of all, just because someone works better at night doesn't mean that they are unable to wake up early. I still like to get up at a decent time every day and get work done. I would much rather sleep at 2 and wake up at 8 or 9 than sleep at 11 and wake up at 6, though. Going to bed late and getting up early aren't mutually exclusive.

Second, night owls will usually stay up late until a project is done. I won't go to bed sometimes until I've finished an assignment, whereas some people I know will convince themselves that they'll get up early in the morning and work on an assignment and will then forget, sleep in, or run out of time. I theoretically have endless hours of the night to get my work done!

Third, nighttime is a very peaceful time to get work done. The world is mostly asleep, and there's a serene sort of feeling in working alone when it's dark. I always think my best when I'm in a quiet place and I've had time all day to think and process what's going on around me. In the mornings, I haven't had time to wake up or really do anything, so it's hard to get my brain moving amidst the hustle and bustle of a new day.

How, you might ask, do night owls stay up so late? I don't like coffee so my go-to strategy is turning up the brightness on my computer until my eyes are shocked into staying open. I wish I were kidding. Normally, though, night owls thrive on caffeine and will often sleep in to accommodate staying up.

Even though morning people are admirable, being a night owl has its perks. Need someone to talk to you late at night when you're lying in bed thinking about the world's problems? We're awake! Interested in seeing all the bunnies and other creatures that are nocturnal? We are awake to see them! Like going on late night food runs? We believe in midnight snacks! There's a good side to everything, right?