An Argument Against College Textbooks

Imagine a world where you don't have to pay hundreds of dollars for a book you'll never open. 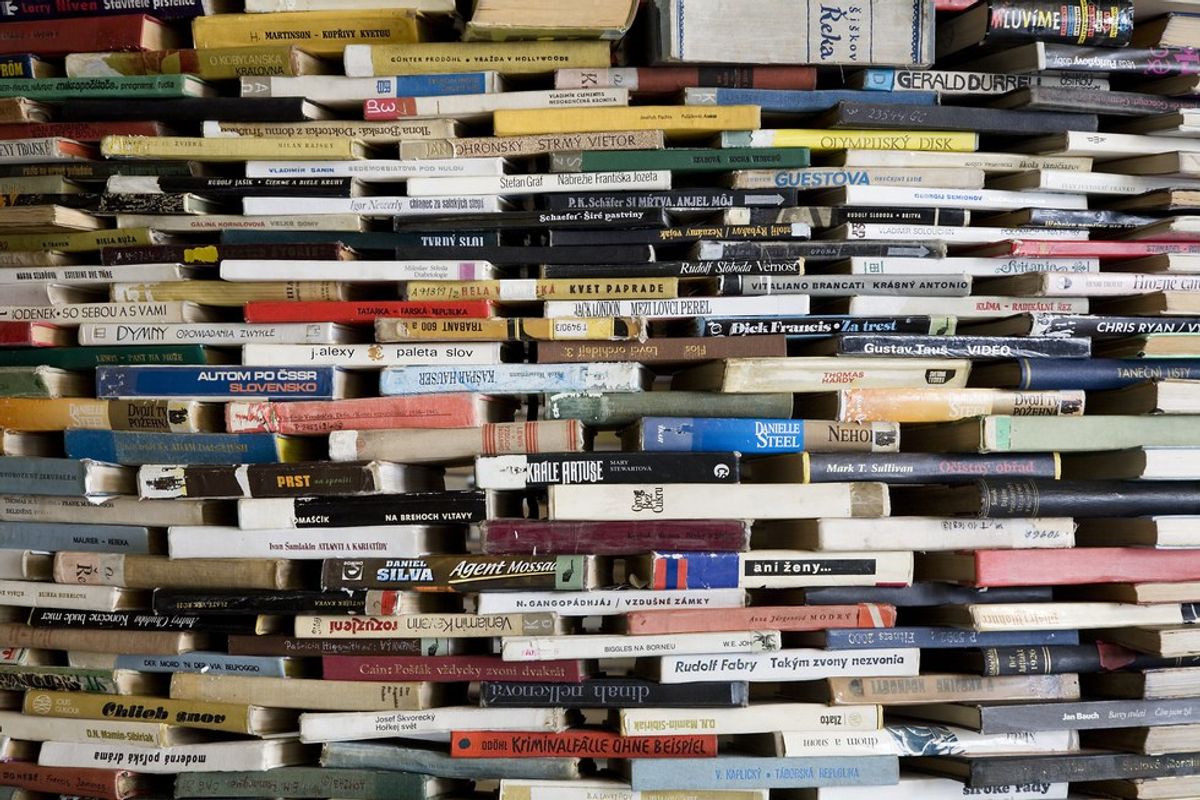 College textbooks. You spend tons of money on them, and sometimes don’t even open them. Why is that? Why do colleges insist on making you spend even more money (in addition to tuition, room and board, and a dining plan) on something you probably won’t even use? Or only need for that one paragraph on page 12? See, it’s a bit ridiculous. College textbooks shouldn’t be a thing, and here’s why.

Reason number one. Textbooks are ridiculously expensive. A college textbook can cost up to hundreds of dollars. Now multiply that by four, because that’s how many courses the average student will take a semester. Now multiply that by eight, because that’s how many semesters are in the four years it takes to graduate. That’s way too much money to spend on textbooks. Although there have been attempts to come up with cheaper options, like renting textbooks instead of buying them full price, all the available options still aren’t realistically affordable for a college student. And just a reminder, these crazy prices are on top of the thousands of dollars we already have to pay for tuition, housing, and food. Textbooks shouldn’t be adding an extra financial burden.

Reason number two. Textbooks are rarely used. In light of these crazy high prices, you’d think the textbooks would actually be useful for something. But the truth is, there are few classes that use the textbook to the extent that would justify such a high cost. Wait, no, scratch that -- even extensive use would not justify hundreds of dollars spent on a textbook. But even worse, a lot of professors claim that you need the textbook, yet don’t use it at all. What’s the point in spending so much money on something that won’t even help you succeed in the class?

Reason number three. There are realistic alternatives to textbooks. Hardback, paper textbooks just aren’t necessary anymore. Online textbooks or resources provided by the professor are more environmentally friendly and more cost effective. To be fair, some professors do offer the textbook online, or even encourage not getting the textbook. But we need to get rid of the norm that textbooks should be required for every college course.

College textbooks are ridiculous, and every college student knows it. We pay enough for tuition and dorms and the dining plan. We’re just broke college kids, trying not to be completely drowning in debt by the time we graduate. There’s no point in spending lots of money on a book we’ll barely use, if at all. It’s a waste of paper and a waste of time. Let’s rethink this whole college textbook thing, and put our time and money into resources that really make a difference in getting an effective education.