Does it discredit the proclamation if you can't spell assault right? 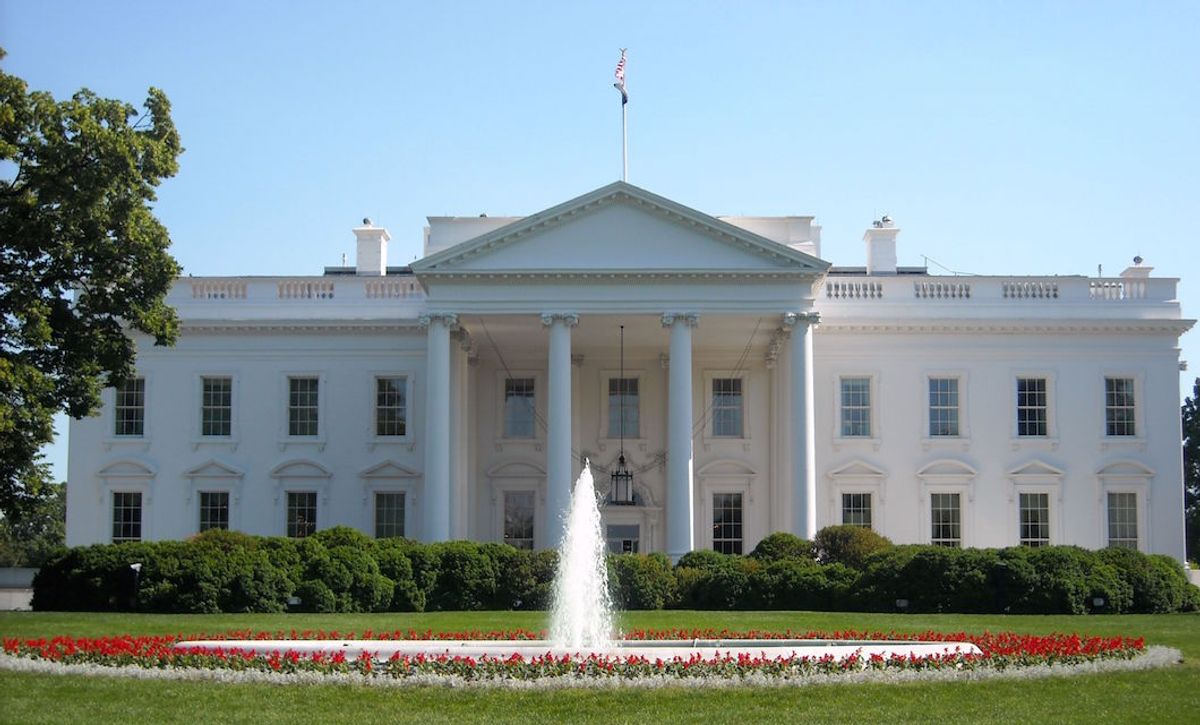 This is no April fool’s joke, the man known for his distasteful and disrespectful behavior toward women has picked up the where Barack Obama left off in 2010 in regard to Sexual Assault awareness in the United States and even had the chops to mispell the word "assault". This is hypocrisy on a National level, ladies, and gentlemen. It’s Mr. President Donald Trump.

Unlike your friendly winning lottery prank or fake traffic ticket violation placed strategically on your windshield, this is not funny. Most importantly, it is real. It is hard to say why this happened but at the same time, it’s not too surprising.

Back on November 16, 2018, there was an explosive outburst of accusations of misdeeds towards other high-profile men following the turn of events from the Harvey Weinstein scandal.

Amongst the herd of shameless perpetrators, one of the men was the one and only, Mr. President Donald Trump. At the time of these accusations, his presidency was already being hit with a flurry of negative media, but I find it so amazing that one woman speaking out to the public about her sexual assault experience acted as a catalyst for a movement so much greater.

Following months and months after the first outburst, many more women began to come to light about the wrongdoings of powerful men. from newscasting to the newspaper, from New York Times to the Huffington Post...Sexual Assault was a buzzword for 2017-2018 and it wasn't going to left for dead just yet.

As mentioned earlier, in 2010, Obama made that year April the month to be aware of sexual assault. With all the commotion in the entertainment industry and politics it only makes sense to raise our awareness again, right?

In the midst of an ongoing sexual assault case involving the 80-year-old famous comedian Bill Cosby and the #MeToo movement. It made sense to bring national attention to the issue when we as a society are in desperate need of change.

What doesn’t make sense is the man who is making the bold claims to raise awareness. For someone who has had multiple accusations for allegedly inappropriately touching women, how can he have the audacity to sign his name to a proclamation of sexual assault?

"During National Sexual Assault Awareness and Prevention Month, we remain steadfast in our efforts to stop crimes of sexual violence, provide care for victims, enforce the law, prosecute offenders, and raise awareness about the many forms of sexual assault. We must continue our work to eliminate sexual assault from our society and promote safe relationships, homes, and communities.
…

Together, during Sexual Assault Awareness Month, we recommit ourselves to doing our part to help stop sexual violence. We must not be afraid to talk about sexual assualt and sexual assult (first typo) prevention with our loved ones, in our communities, and with those who have experienced these tragedies. We must encourage victims to report sexual assault and law enforcement to hold offenders accountable, and we must support victims and survivors unremmittingly. Through a concerted effort to better educate ourselves, empower victims, and punish criminals, our Nation will move closer to ending the grief, fear, and suffering caused by sexual assult (second typo). The prevention of sexual violence is everyone’s concern."

This is not to make fun or treat this situation lightly at all. Trump's entire marketing campaign was an atrocity. This speaks to us on a massive scale. The fact that a president who "allegedly" sexually assaults women can:

1. Continue to do so and not get punished by law.

2. Assault women himself and then go ahead and raise awareness for the issue.

3. Write and sign a proclamation of raised awareness of sexual assault in America and not even spell check!

While some (most likely few) people appreciate Donald Trump for his proclamation, many people are stuck in disbelief and left with only the choice to let the show go on.

It's stories like these that make us wary of our political system and government. For a supreme establishment that is expected to perform at the highest of standards and have the best interest of our people, it's situations like this that diminish that hope. We can only hope as a society that change is on the horizon and that hopefully, it isn't too late.

To support the growth of the #MeToo movement the only way people can make an impact in the world is to bring out the truth.

Emmaline B
The Narrative
30049
https://unsplash.com/photos/O0T1SIgHAfM