To Those Who Are "Anything But A Feminist"
Odyssey
CurrentlySwoonLifestyleHealth & WellnessStudent LifeContent InspirationEntertainmentPolitics and ActivismSportsAdulting
About usAdvertiseTermsPrivacyDMCAContact us
® 2023 ODYSSEY
Welcome back
Sign in to comment to your favorite stories, participate in your community and interact with your friends
or
LOG IN WITH FACEBOOK
No account? Create one
Start writing a post
Politics and Activism

To Those Who Are "Anything But A Feminist"

The name of the feminist movement has been tainted by those creating gender marginalization, and it's time to get our movement back. 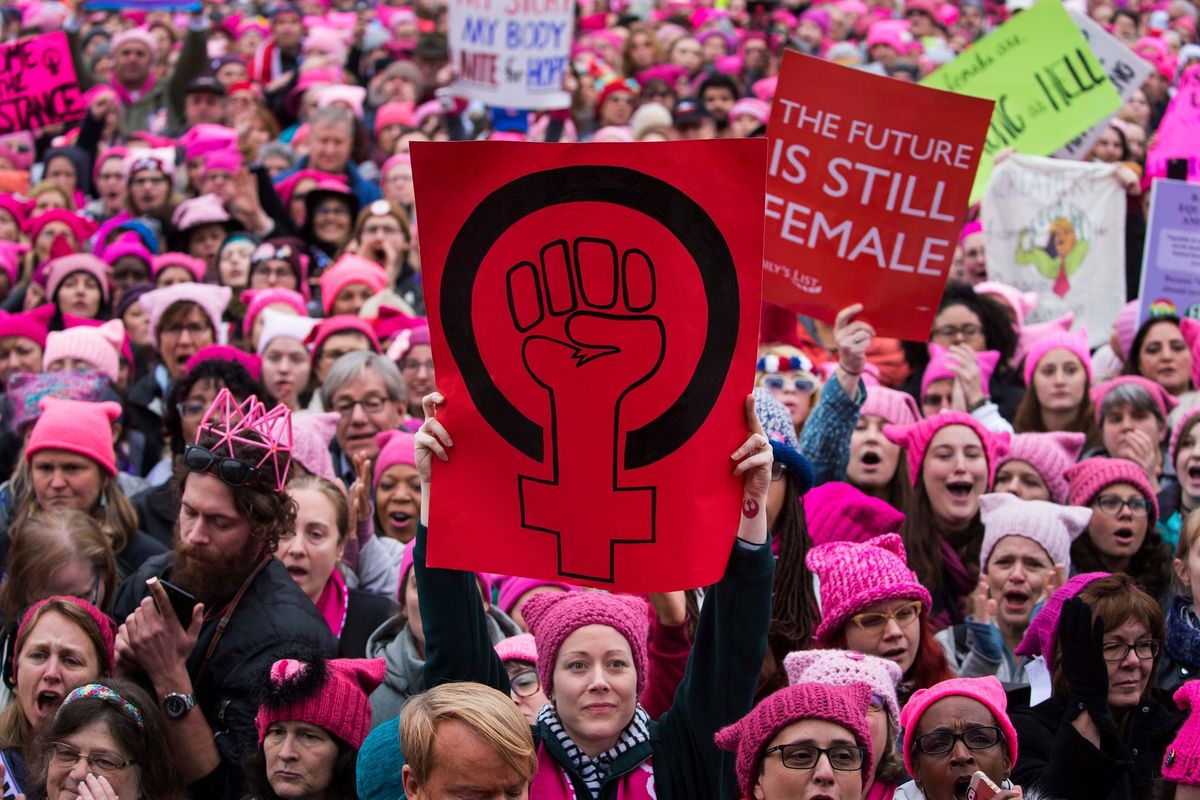 For such a widely controversial topic, I feel that it is best to start this article with the true definition of feminism. Merriam-Webster dictionary defines feminism as "the theory of the political, economic, and social equality of the sexes." Sounds good, right? Gender inequality, something that is seemingly so simple to resolve, has been a societal pitfall that the US in particular has struggled with for a number of decades.

As we grow into a more progressive era, those who are marginalized within society are being given the chance to make a change and be given opportunities that they may have been lacking because of their inherent traits. As a die-hard conservative, I can still sit here and tell you that I am proud to live in an era where women are striving for gender inequality, race issues are being resolved, and people are becoming increasingly comfortable expressing their sexuality. Although we have a long ways to go in terms of accepting those who are different, I have an optimistic future for the US in all of these areas.

Despite my optimism for the future, I can not help but be distraught about the increasing negativity surrounding the feminist movement. The second-wave feminism that has taken over our country has taken advocations for gender equality and turned them into unchecked strife in which victimized women are seeking revenge upon those who have neglected them.

Not everyone is following this second-wave feminism, but those who are are simply being counterproductive towards the genuine meaning of feminism. Feminists strive for gender equality, equal opportunity, and less victimization because of gender. These valiant goals do not deserve to be overshadowed by overly angsty women who do not feel accepted. We all deserve to be equal, but this will not be achieved by pointing fingers and bringing others down. Feminism is about recognizing any marginalization that is caused because of one's gender. Frankly, the main reason why the pronoun "fem" is used in the word is simply because women are the most frequently neglected when it comes to gender recognition.

Women deserve to be equal. We deserve to be empowered, safe, proud, funny, successful, and everything that men have the opportunity to be in this world. This can be obtained if the focus of the feminist movement stays on track. The feminist movement is not one of shaming men for their success, but rather one in which we must encourage that women are treated equally to men in all respects of life.

So what's the point of this rant? Don't deny being a feminist because the name of the movement has been tainted by a few misgivings. Instead, recognize the attributes of the movement and stand behind gender equality and a less divided society.