Anxiety Doesn't Always Look Like A Panic Attack, It Hits Everyone Differently

Sometimes it's as simple as a racing heartbeat. 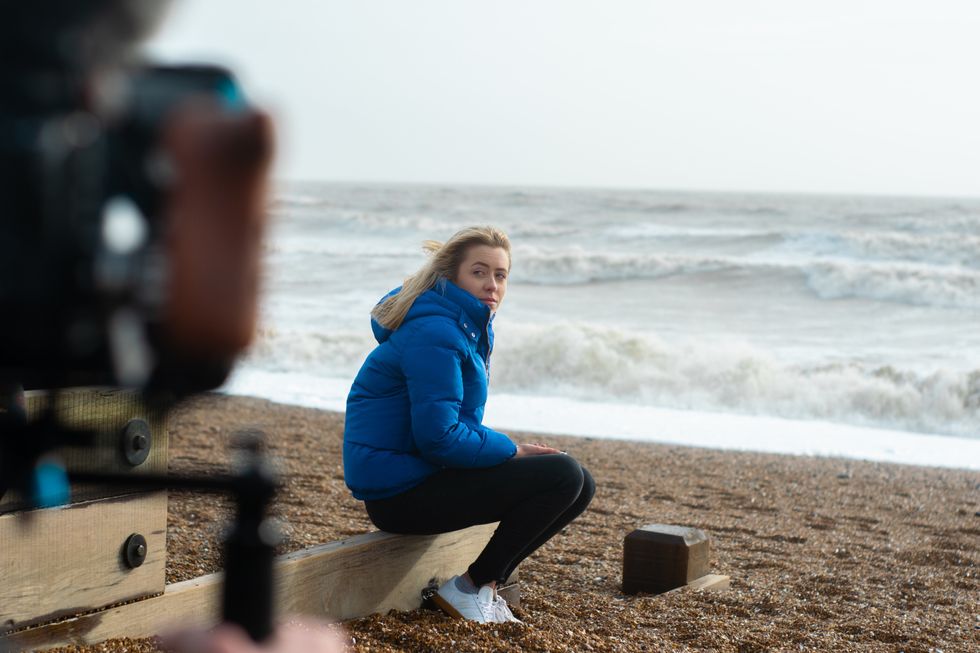 Everyone experiences anxiety to some extent. Maybe you've got a test coming up that you don't quite understand the material for, or you just got that dreaded "we need to talk" text. It can even be social anxiety. Maybe you just can't seem to fit in, or you have a hard time being able to start a conversation with someone. Everyone has dealt with it in some way or another, but sometimes it goes deeper than just feeling a little nervous.

Coming from someone who just graduated high school during a pandemic and now has to venture through college basically on her own, needless to say, I'm stressed. But where's the line between stress and anxiety? From my perspective, I've dealt with anxiety a lot during my high school years. I was so involved in high school with honors and AP classes, along with extracurriculars. Honestly looking back now, I don't know how I did it all.

I was in the band program and at our school, we had a band director who was famous for being VERY strict. You didn't dare show up late to a rehearsal, forget your music or instrument, or even look anywhere but at him while he was talking. Every day I had band class during the second period. This meant that during the first period, I sat there, palms sweaty, feeling like I was going to throw up. I was literally almost scared. This was very unhealthy, as most of the time, band class usually went fine. But, for the whole class period before it, I dreaded it.

I wondered what would go wrong? What would I get called out for? What if I forgot something at home?

This was my first experience with anxiety.

Feeling so nervous I wanted to throw up, and not being able to focus on my actual school work. The same went for practice. Any time we had practice after school, my hands always got clammy and my heart started racing. This had a lasting effect on me, as now that I'm graduated, I have somewhat bad memories of being in band, even though it was a good experience overall.

This is just my personal story. I still get a bit of anxiety when I feel like I've forgotten something important, or if someone starts acting differently than usual, but I don't have to deal with it as much on a daily basis. However, sometimes when I feel like I don't have control of a situation, my heart starts to beat faster and my breathing gets faster and harder. I've never dealt with hyperventilating much before, but it's almost like it developed over time-like I've developed a new symptom. I would say that's the closest thing I've had to a panic attack. I don't want to over-exaggerate things that happen, but I also don't want to invalidate anything I'm feeling.

I guess what I'm trying to say, is that you can have anxiety and not have panic attacks. If you have sudden racing heartbeats, easily get sensory overload, if you worry about things for much longer than you think you should, you might have anxiety — that's OK. Don't let anyone invalidate your feelings! We live in a stressful world right now. In fact, when the COVID-19 pandemic first started, my mom and I had to go buy groceries one day so we could stay home and quarantine. While we were in the store, she started to panic. Her breathing got heavier and she started shaking. When I asked her if she was OK, she said things like "I shouldn't have brought you along," "I'm just putting you more at risk," and "I'm scared." These are thoughts we've probably all had at some point in 2020.

Just know that you're not alone. There are people out there who know what you're feeling. Just because you don't have an anxiety disorder, doesn't mean that your feelings of anxiousness aren't real. It happens to everyone. But, if you do feel like it happens more than it should, or you just feel anxious 24/7, it might be a good idea to talk to someone about it. Don't suffer in silence — we are here for you!