If we're going to undo the injustices that have plagued this country, we need to strike at hate REGARDLESS of where we find it. 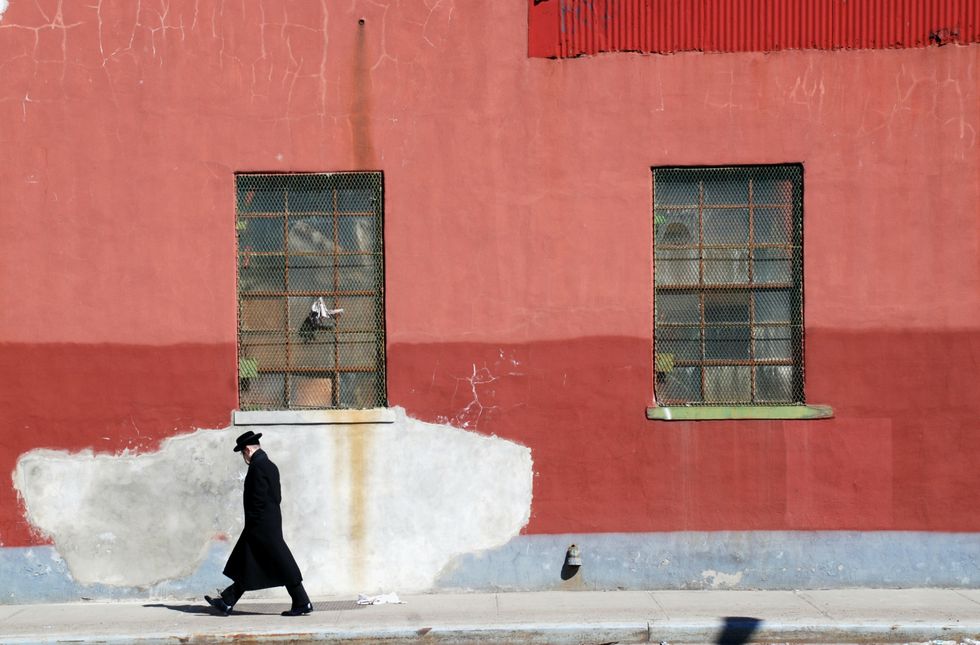 Photo by Carmine Savarese on Unsplash

Scroll through the stories of people you follow on Instagram. It's likely that you'll frequently see posts surrounding the coronavirus pandemic, the Supreme Court, the GOP and the President, the Democrats and Joe Biden, the Black Lives Matter Movement, resources to help inform and enable readers to help contribute and to be aware of what to avoid doing, justice for the countless victims of police brutality, as well as reactions to recent news.

That last part is the subject matter I want to discuss, more specifically regarding the comments and subsequent backlash regarding NFL wide receiver DeSean Jackson. For those who do not know, Jackson posted a quote on his story with the intent of uplifting the black community. However in doing so, he had also released a rhetoric that endorses a blatant Anti-Semitic conspiracy theory that was attributed to Hitler (the credit was later proven fake, although one may argue that Jackson thought it was a real quote).

The purpose in bringing up Jackson's comments is not because I believe that he is Anti-Semitic, but because I believe his actions and the overarching silence from the countless amounts of people that I saw bravely and boldly standing in support of Black Lives Matter and of minority communities are a very telling and alarming signal that we are picking and choosing our activism no better than those who were performative in their advocacies.

I want to be proven wrong, and I hope that eventually this article will become irrelevant because we will finally see the attention towards Anti-Semitic behavior and beliefs be given the same kind of anger and criticism as racism, sexism, homophobia, transphobia, and Islamophobia. But until then, consider this as a moment of when I am calling you, the reader, out, especially if you are non-Jewish as I am.

I don't mean this in a way that it takes attention away from the Black Lives Matter Movement, nor that of the vast instances of blatant racism because the fight against that is one that absolutely needs to keep going.

I simply want to raise this point:

We have worked hard to raise the issues that I just mentioned in the name of long overdue reform, so why is it that I'm still able to count on my fingers the amount of times I've seen stories regarding Anti-Semitism? Why bother to undergo the process of unlearning the prejudices and stereotypes that we may or may not have been consciously aware of, if we're just going to leave Anti-Semitism out of the picture?

Where is the widespread outrage at Anti-semitic flyers being posted on cars in a neighborhood in Norfolk, Virginia? How about the fury at seeing a Nashville Holocaust Memorial being vandalized with blatantly white supremacist and Antisemitic messages? What about the alarm and calls for action when a Kansas newspaper had the nerve to equate wearing a mask to the Holocaust in a political cartoon, and how its owner actually defended that act by saying that the topic "is the governmental overreach which has been the hallmark of Governor Kelly's administration?"

Did you hear about any of those incidents before I mentioned it? Was there any conversation about it when they occurred? There was widespread attention when Filipino James Juanillo got the police called on him by a white couple for writing "Black Lives Matter" on his Wall, or when the Meridian Township in Michigan fired a firefighter for stating "Black Lives Don't Matter" in his social media. Those actions were outrageous and accountability was served in those instances, as they should have. But the only thing Dane Hicks, the man who allowed that Anti-semitic cartoon to get posted on Facebook, got was a demand to remove the post and apologize.

Do you see the correlation? The silence we've perpetuated in the wake of DeSean Jackson's controversy, the actions of this Kansas Newspaper, and the lack of conversation about Anti-Semitism is deafening.

Do those last words sound familiar to you?

They had better, because we used those same words to criticize others who chose to keep posting pictures of themselves instead of using the platform they had to amplify voices that have been silenced for far too long.

The outrage that we have experienced at the countless acts of police brutality is righteous, and the work that has been put in to call for justice and make a change in how we may or may not have perpetuated hate is inspiring. But we cannot afford to pick and choose our battles anymore.

Do I believe that DeSean Jackson is genuine in his apology? The truth is that it doesn't matter if I accept it to begin with. I may want to give a cautious yes, but his apology was meant for Jews, and only Jews can say if his apology is acceptable to them the same way that white people cannot say that they "accept" the apology of someone saying the N word when it's up to black people to make that decision. It's up to them to give him the benefit of the doubt in hopes that he truly wants to change for the betterment of himself and his community.

But it's not just DeSean Jackson that I want to believe has the intent of helping to better his community. It's all of us.

If you as a student felt that your school's administration has failed people of color in blatant acts of racism, you would have the willingness to call them out for it the moment they ask for input on how to better the school. You would be more likely than not to be joined by many other voices, all in the same thread of frustration with the long term goal of improvement. Do the same when a swastika is drawn in one of your staircases. Show that anger, that drive towards accountability and discipline, because when it comes to hatred, there are no exceptions.

So why make one when it comes to Anti-Semitism?