Anti-Gravity Boobs And Your Mother!
Odyssey

Anti-Gravity Boobs And Your Mother!

Or as I like to call it, female representation in video games. 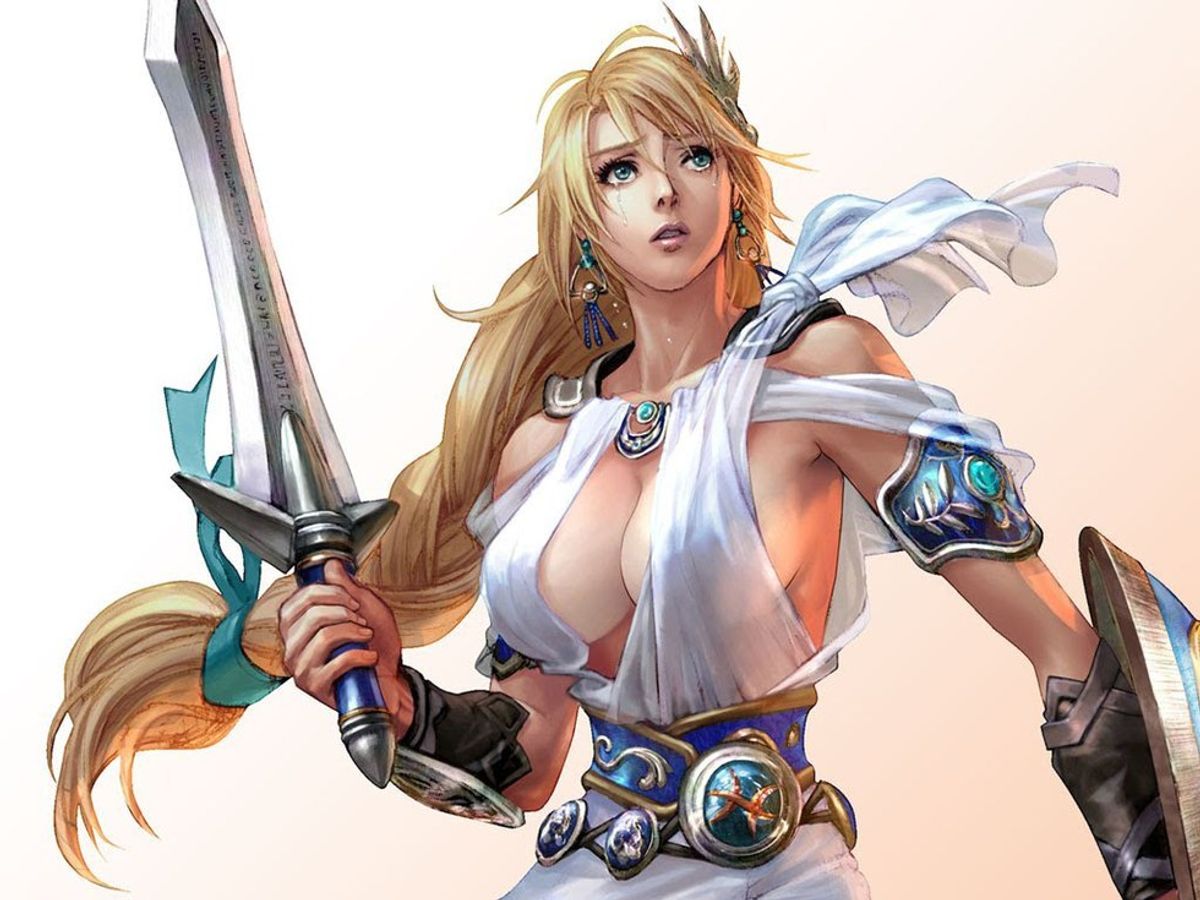 If you ask anyone that knows me, you will learn of my infatuation with video games. I met some of my best friends thanks to them, and they even have brought me closer to members of my family. From as early as I can remember, they had always had a presence in my life, when I had my first Nintendo 64, playing Legend of Zelda: Ocarina of Time and California Cruisin’. Yet this love for video games hasn’t always been perfect, which bring us to the topic of this article. The representation of women in video games. Don’t roll your eyes! (Yes, I see you.) Bring those eyeballs back here and keep reading, no skipping this conversation. Now, what do I mean by this? I’m not saying that there aren’t women in video games; I can easily list off five heroines that kick serious a**. I mean the representation of women in video games is terrible, or in other words their portrayal.

In most forms of media, women only exist in very specific roles – mother, daughter, damsel in distress or love interest – and the same goes for video games. How many games can you think of where you play a male with either a mother-like figure or a daughter? How many games can you think of where the premise is to save a woman or to have a relationship with them? If your answer was almost all of them, then you are correct. As I’ve already mentioned, there are quite a few games that do in fact star a female lead, but they still fit into these categories, at some point in time. Plus, when you compare female roles in video games to male roles in video games, you get very different results. Men are often put into ANY category you can think of: hero, villain, random side character, nerd, boss, father, love interest, loser, idiot, sports fan (the list goes on). Sure, a female character can be dynamic, maybe she is a love interest and a boss, but the focus is on her role as a love interest. This creates an idea that no matter what situation, a female character will always fit into the four categories above whereas men have no restrictions. The solution to this issue is not to no longer portray women in these four roles – there are in fact mothers and love interests that exist in the real world – it’s to diversify their representation. By creating female characters who are just nerds or bosses (for example), you become more comparable to the real world, where these figures also exist. This way, you have equal representation of women as well as men in first person shooters, adventure games or even horror games.

Female representation doesn’t just end with a character's role; it’s also very prominent in appearance. Video games have created this concept that women fit into one of two categories: cute and petite or ridiculously sexual. Scroll down to see my point...

I love Legend of Zelda, so it pains me to put this here but - cute and petite.

Easily one of the coolest female characters, but is the skin tight leotard really necessary?

And here is Poison Ivy, clearly searching for her pants.

It's always good to pose when participating in a violent inter-galactic competition!

Some men do exist in peak form too – tall, tan, and rippling with muscle – but the issue is it is only some men. Men can also be overweight, incredibly thin, or short without their in-game worth being reduced. Video games send out a message that says, “If women aren’t petite or sexy, what’s the point in having them in?” I don’t know, maybe because women make up more than half of the population of planet Earth and have worth far beyond their physical appearance? No, that can’t be it, that’s stupid.

The saddest part about articles like these is that they never find the eyes and ears of those who need to read it. Sadder still is that the few articles that do gather awareness are unequivocally silenced by those within the video game community. There are stories where female video game fans speak up about unfair representation and, rather than being heard as one of their own, are instead harassed with hate mail and ostracized by the community. Video games exist and are meant to be enjoyed by everyone, but until we start taking these issues seriously, we will continue to exclude video game lovers. And for those of us who enjoy video games and are not affected by partial representation, it is important to be aware of the messages these games send and to understand how this might make others in our lives feel. Be as aware of these ideas as you are about the games you play and things may start to change.